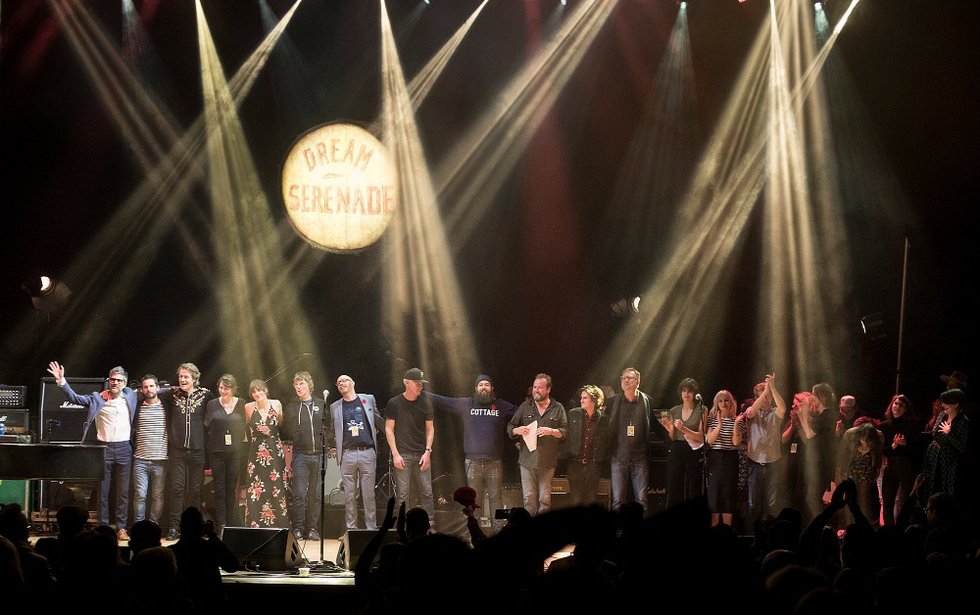 Though it was just “a few seats short” of being sold out, Saturday night’s Dream Serenade at Massey Hall felt like an intimate and uplifting community gathering.

Started by Toronto songwriter Hayden Desser and his wife Christie Greyerbiehl four years ago, the annual fundraiser for the Beverley School (that their daughter Grey attends) and the Family Relief Fund also offers support to parents and caregivers of children with developmental disabilities year-round.

In a moment of humorous vulnerability, Hayden illustrated to the audience what it is like taking Grey, who was born with a rare chromosome deletion, to the mall. “She’s got a mischievous streak,” he told us. “You basically can’t pee all day if you’re alone with her.” Recently, he was desperate enough to go anyway, and she pushed the automatic door button, exposing him to everyone lined up for coffee in an Indigo and causing him to pee all over the wall and himself. “I’m laughing about it now,” he said, “but it was really hard.”

The tender nature of the event imbued each song the artists chose with new meaning. The huge, bold Motown revue of The Big Sound (almost 30 members strong) kicked off the night on a celebratory high with songs like What Becomes Of The Broken Hearted and the incredible (Your Love Keeps Lifting Me) Higher & Higher. Then, Hannah Georgas’s song for her mom, Don’t Go, reminded us how much we all need each other. 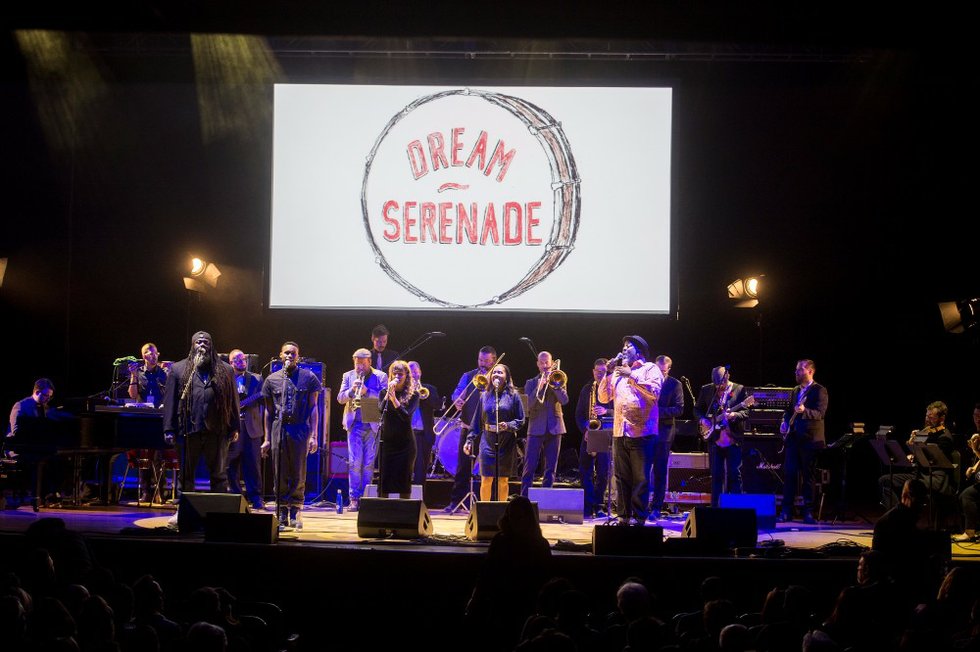 After an “Oscaresque” series of thank you’s from Hayden and Christie (The Dream Serenade is truly a group undertaking, complete with videos about Beverley School grandparents and Friday’s star-studded edition of a weekly concert at the school) Kevin Drew took the stage joined by Patrick Downie to perform Here, Here And Here from his brother Gord Downie’s Secret Path. It was almost as if the late Gord, who was a special guest at Dream Serenade last year, was present, embodied by his brother and his producer/friend as the two men hugged and kissed each other Gord Downie-style a few times on their way off stage. 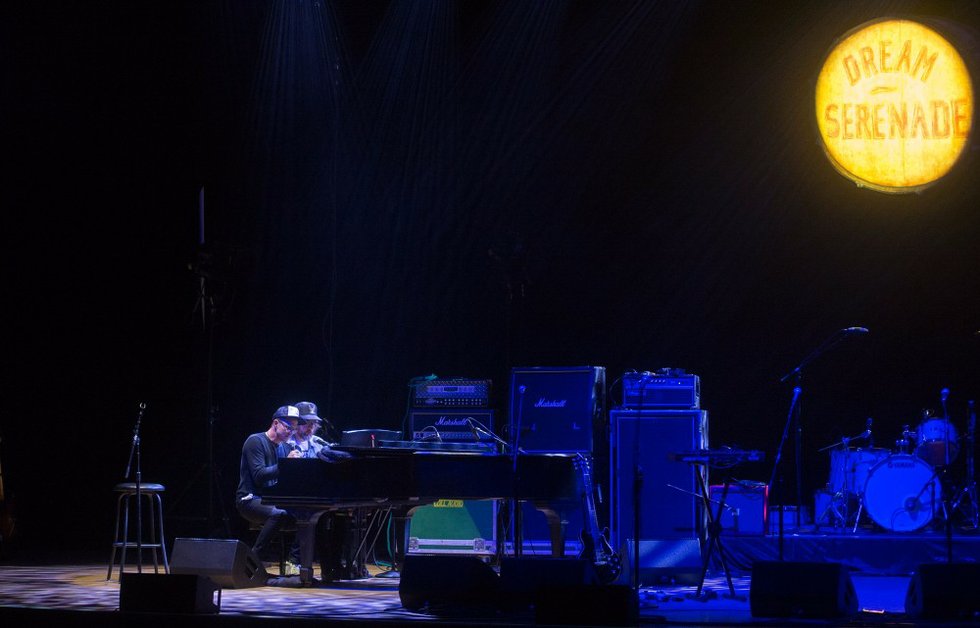 Owen Pallett was sick and couldn’t make it, but another violinist surprise stole the show when special guest Jim Cuddy joined Skydiggers on stage to play the Blue Rodeo song 5 Days In May with violinist Anne Lindsay. Lindsay’s was a wild and free-ranging Celtic-inspired performance that built and built until it was almost as if there was no one else there, not even Cuddy. Then, like a passing storm, she snapped off her broken bow strings and blended back into the band for a great version of Blue Rodeo’s Try.

Post-intermission, the Dream Serenade became a dream singalong when Hayden, after playing a song about his daughter (over a video of her playing all his instruments) moved into covers. “There comes a time in life where you get sick of your songs,” he said, sitting at the piano, as an intro to his version of Leonard Cohen’s Famous Blue Raincoat. Then, armed with an acoustic guitar and unmiced, Hayden led us in singing Tom Petty’s Free Fallin’, forgetting, in his enthusiasm, to face the crowd, his bluster elongating the song and contributing to its campfire-like charm.

Sam Roberts picked up where Hayden left off, playing Paul Simon’s Me And Julio Down By The Schoolyard before inviting Matt Mays up on stage to join him.

In her wordless journey of a performance, Tanya Tagaq – a surprise fill-in for Pallett – illustrated the multi-dimensionality of life, singing in layers, with voices both soft and ferocious. 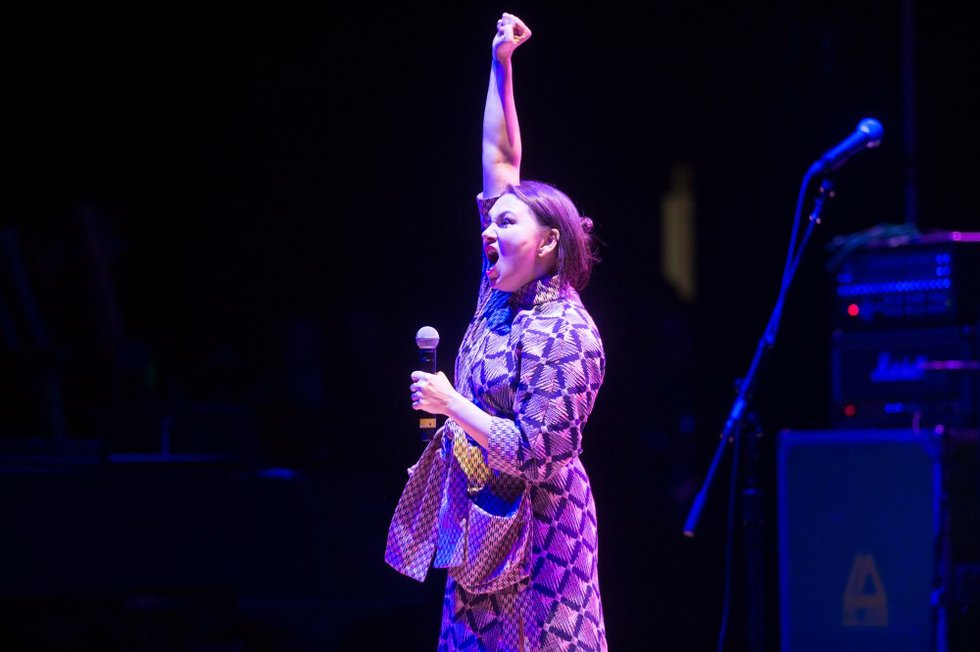 Sloan – the only group who made a racket in Massey’s old walls – sent us off into the night singing and dancing along to their old hits (including Snowsuit Sound, Coax Me and People Of The Sky) and offered some comic foil for a pretty heavy but beautiful night, which CBC’s Peter Morey did a great job of hosting all night.

Everyone came out on stage to sing the Tragically Hip’s Ahead By A Century, demonstrating once again the event’s love and community, support and humanity.