Myriam Gendron was mesmerizing at Feast In the East 61

The monthly music and food series started late, but its solid lineup (and tasty crepes) were worth the wait 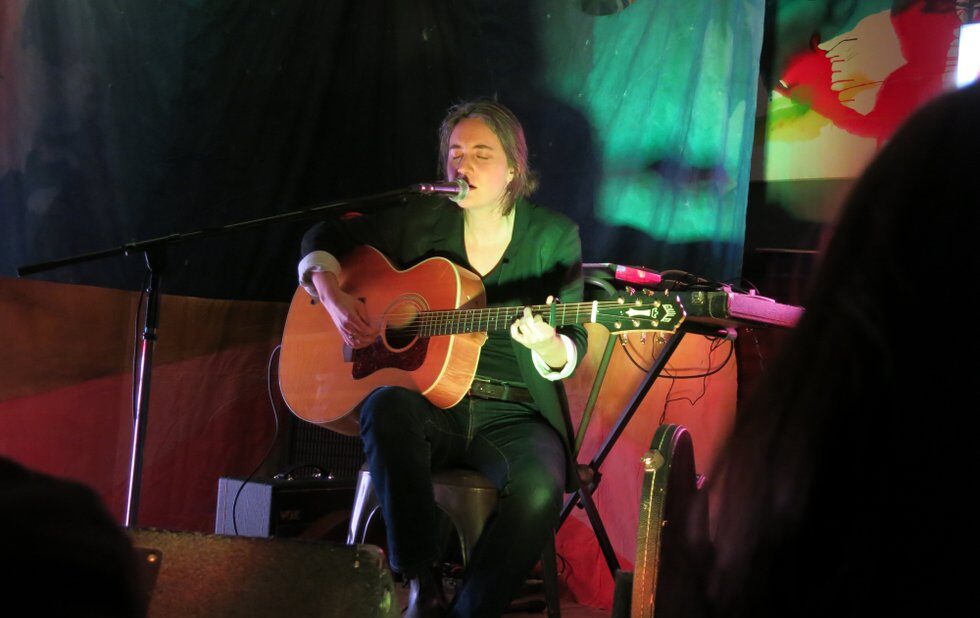 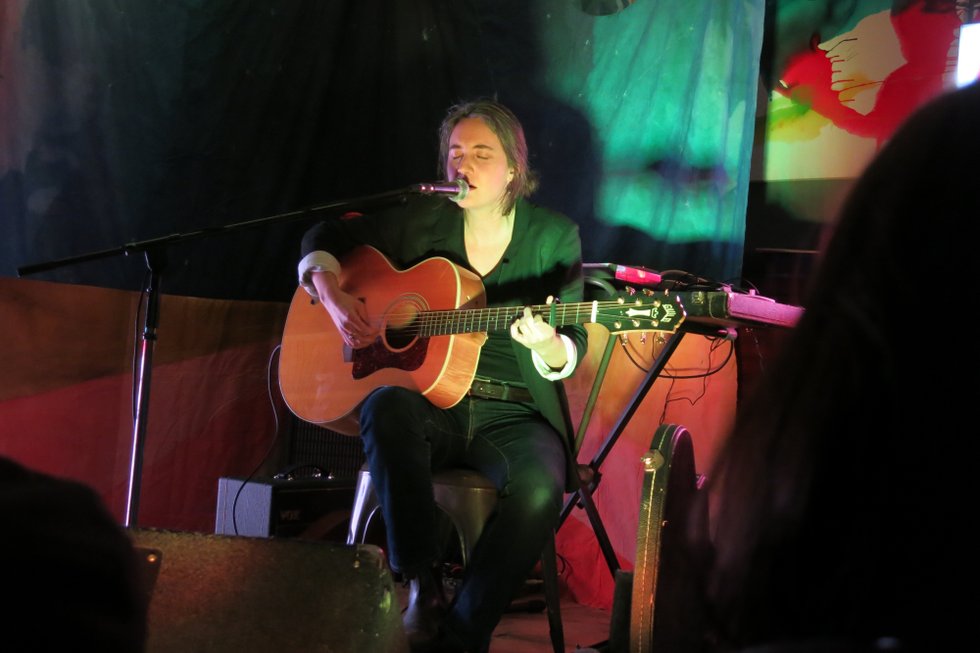 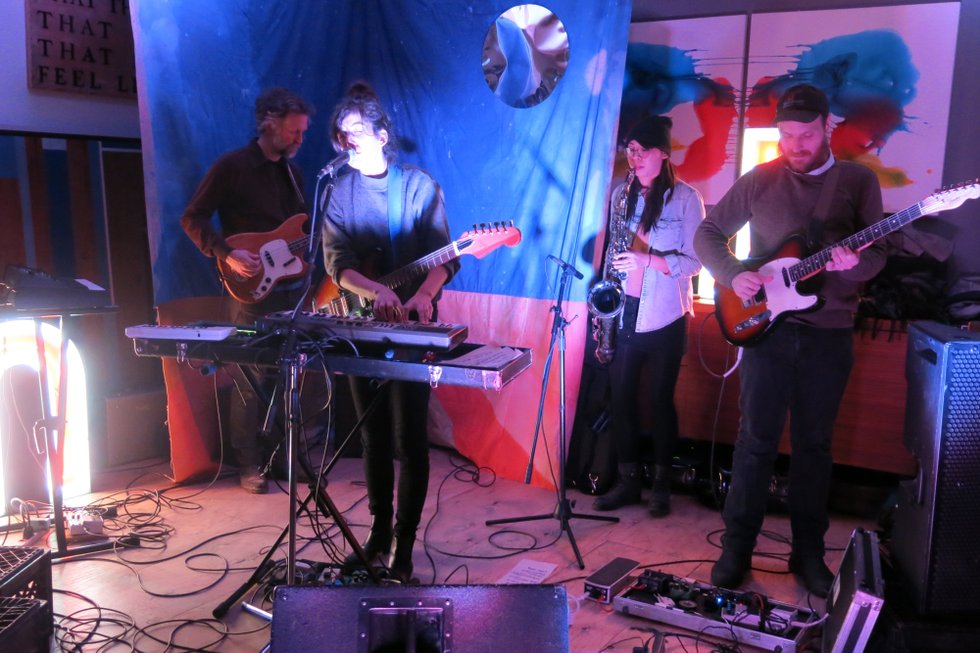 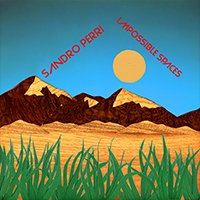 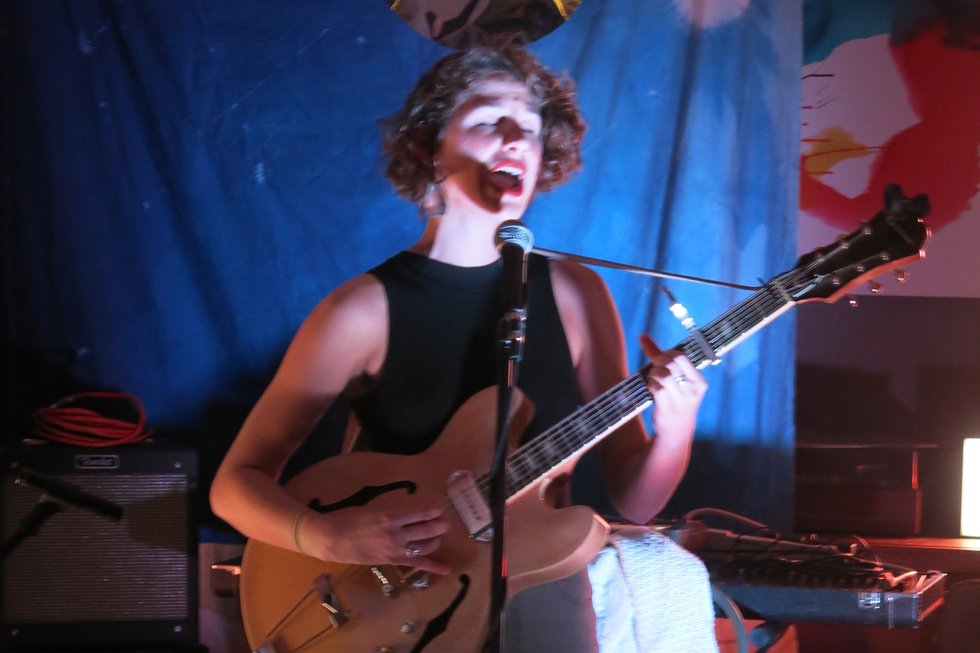 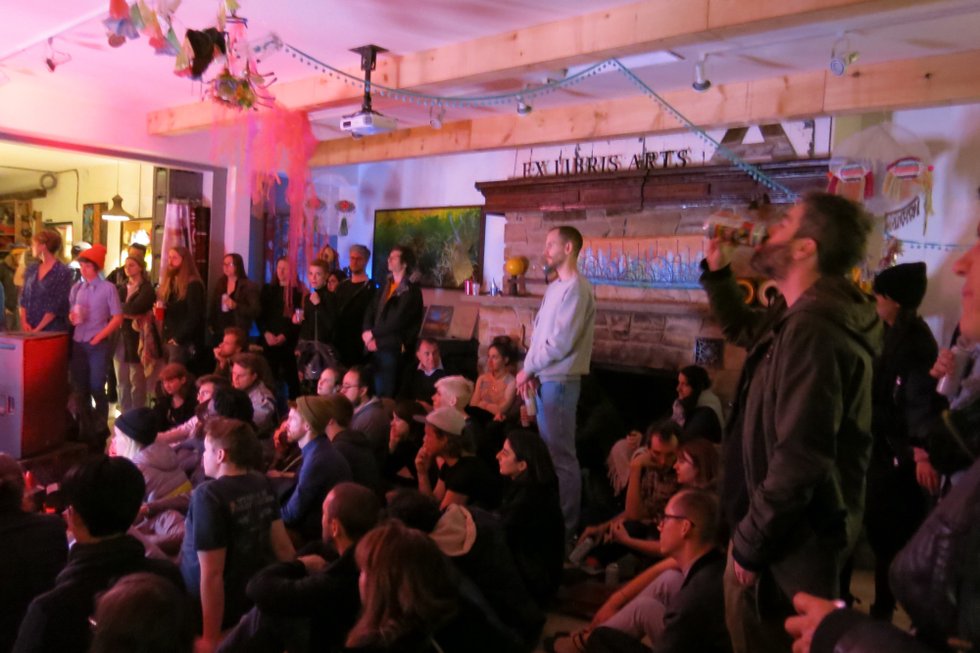 Everything about Feast In The East 61 was as slow and savoury/sweet as the crepes by Halloway Jones and Tom Hobson on offer as part of the monthly music, food and installation series. The show took some finessing to get under way but was deliciously worth the wait once it did.

More to the point, the event, which celebrates its sixth anniversary in May, started late. The headliner, Montreal’s Myriam Gendron, went on around midnight, and L Con – Lisa Conway’s soulful, skronky, sad indie dance-pop project – followed at 1 am. Those who stayed were treated to an awesome Casio solo by Conway, and Karen Ng kicking ass on saxophone. It was an ­appropriate after-party.

Gendron was 100 per cent worth the trek across town and staying up late, and the small hours arguably suited her music.

She drew mostly from Not So Deep As A Well, her 2015 album of poems by Dorothy Parker, sung starkly and put to mesmerizing circular fingerpicking guitar patterns. It made me want to reach for my Portable Dorothy Parker, whose wit, frustration and humanity shine through in Gendron’s songs. All were wonderful, but Song Of Perfect Propriety was the highlight. Gendron’s version appropriately hints at the nautical. For her closer, she flipped the gender POV with a haunting, supernatural cover of Michael Hurley’s Werewolf.

Earlier in the night, openers Merival and Sandro Perri set compatibly mellow moods. Merival has become a confident and Old World-sounding singer, with a great knack for melody and charming stage presence. She mostly played tunes from her upcoming album, and just one (Calendar) from her Lovers EP/tape, as well as a cover of Head Over Heels, by Tears for Fears.

And what a treat to hear eclectic producer and musician Sandro Perri play a straightforward solo set. He got the crowd to sit down for part of his set – the perfect way to soak up his expansive ballads. Before doing a cover of Van Morrison’s Who Was That Masked Man he joked that he didn’t write it, but his own songs are so good he could’ve fooled us. He also did new songs God Blessed The Fool and Wrong About The Rain, which already sound like classics.