The sprawling, eclectic Quebec City festival should be on the radar of music fans across the country 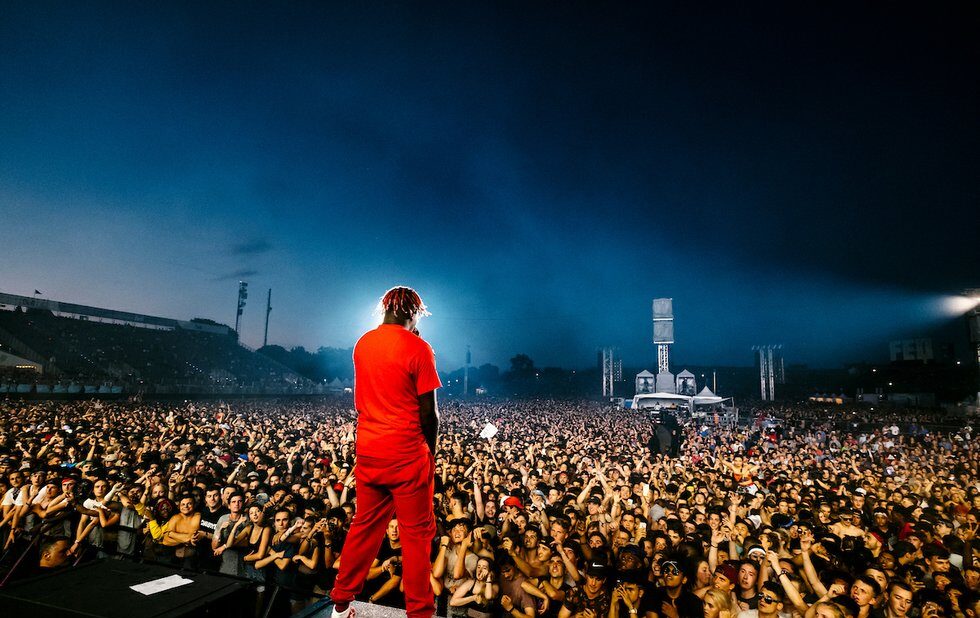 A question commonly uttered by first-timers at Festival D’ete de Quebec, the annual Quebec City music festival currently celebrating its 51st year: “How did I not know about this?”

That’s a natural response when faced with an 11-day lineup of big-name headliners in all genres, like the Foo Fighters, Shawn Mendes, Camila Cabello, Lorde, Beck, Avenged Sevenfold, Dave Matthews Band and Patrice Michaud. Or, for the three days I was there (July 5-7), the Weeknd, Neil Young and Future.

A pass costs a shade over $100 and is transferable. In the age of grossly inflated ticket prices, that’s unheard of.

For visiting musicians, it’s hard to look out from the gargantuan 80,000 capacity mainstage in the middle of the city on the historic Plains of Abraham without cracking a bemused smile. For a visiting reviewer from Toronto, it works as a convenient litmus test to measure the live impact of artists with local connections. You can see an act at Budweiser Stage or Scotiabank Arena over and over again, but the Festival D’ete stage and its vast audience of energetic Quebecers wearing the festival’s signature flashing-red-light pins is something else entirely. 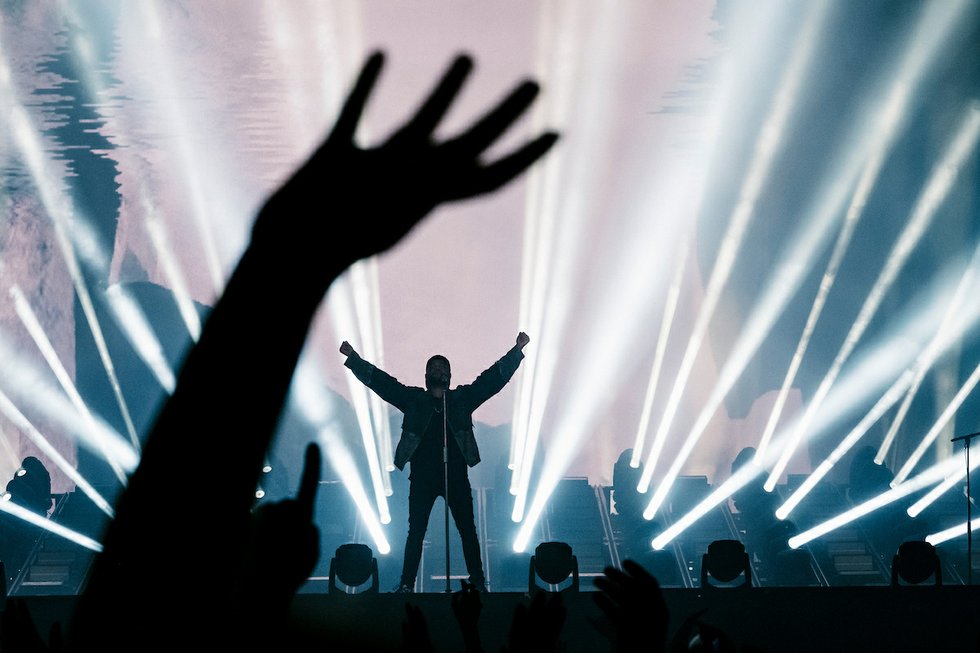 Case in point: the uncharacteristic grin that crept across the face of Abel Tesfaye of the Weeknd during his headlining set on the festival’s first night (Thursday, July 5). He’s been an arena and big-font festival act for a number of years now, but you could still tell he was awed. Once a timid performer, the 2018 version of the Weeknd looked totally comfortable on that huge stage, filling it with confidence and swagger, not to mention smoke and lights. In a fashionable jean jacket and hat despite the over-30 weather, he showed off his footwork, interacted with front-stage fans (one of whom held up a sign that said “Abel, you cured my depression”) and rose to the occasion with energy and presence. He’s a full-on pop star now.

The set was loaded with hits, from I Can’t Feel My Face to Starboy to the Kendrick Lamar collaboration Pray For Me from the Black Panther soundtrack and Earned It from the Fifty Shades Of Grey soundtrack. But it was his pre-major-label mixtape material that showed how much he’s grown. I’ll admit I prefer the House Of Balloons era of the Weeknd, but hearing those songs live now fully transforms them from moody, downbeat vibe exercises into big, bass-heavy smashes. Its like the big-budget L.A. version of his Toronto era, and it killed in Quebec to the point that francophone fans were chanting “the Weeknd” (with a jarring emphasis on “the”). 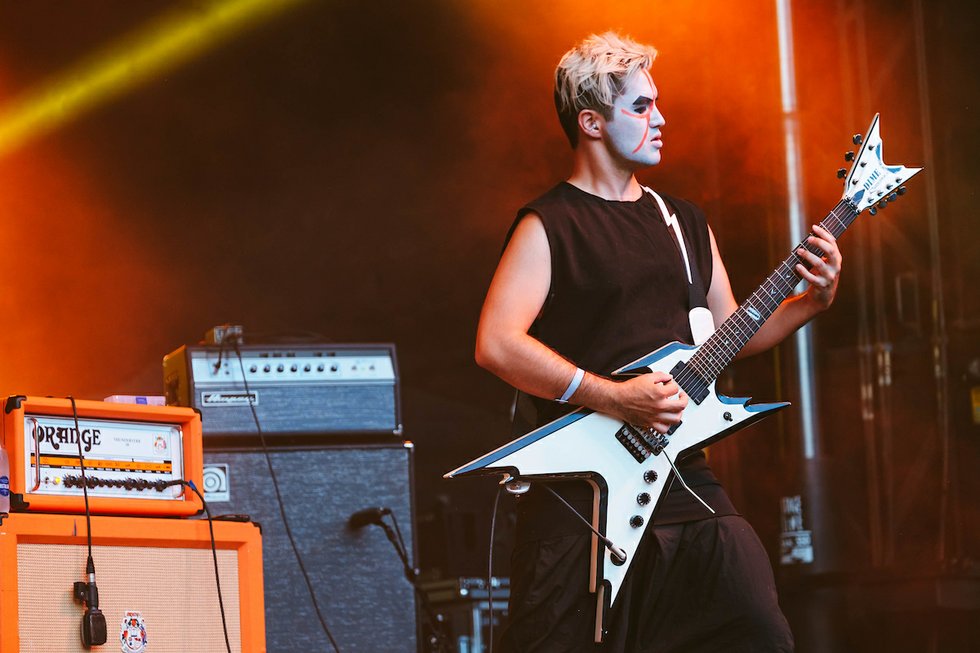 Meanwhile a couple of blocks away, the second stage featured a fascinating pairing of Toronto’s Yamantaka // Sonic Titan playing directly before classic rockers Jethro Tull, celebrating their 50th anniversary. Coverage of YT // ST tends to focus on the intellectual side of their cross-cultural Canadian sound, but seeing them rock a synth solo straight out of the 70s made a ton of sense in front of a growing audience more advanced in age then the Toronto band’s usual base. And the campy theatricality of their costumes, makeup and big, crunchy riffs paired well with Ian Anderson’s exaggerated leg kick flute solos that followed.

Neil Young headlined the mainstage the next night (Friday, July 6), and even he seemed to be impressed by the festival, noting this was the first time he’d played Quebec City (“Either that or I can’t remember – I’m old.”) With his backing band, Promise of the Real (featuring Lukas Nelson, son of Willie), Young was in good spirits, showing off his always-lurking sense of humour, which sometimes gets obscured by his crotchety rants about MP3 sound quality and genetic engineering. 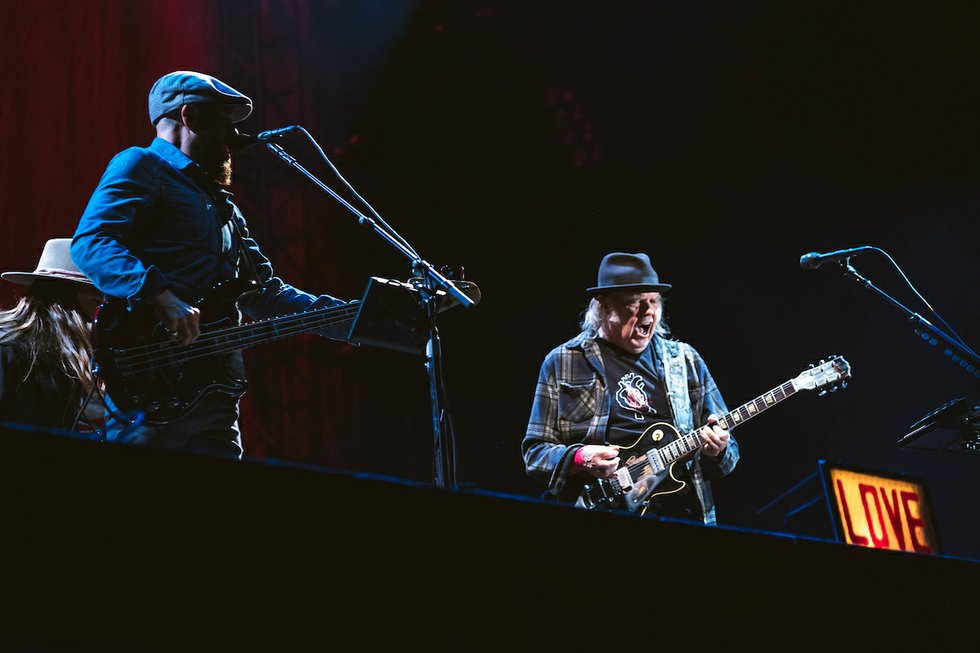 Neil Young and Promise of the Real at FEQ

He leaned more toward crunchy, jammier guitar epics than singalong folk songs (with the exception of the gorgeous Harvest Moon) – but mainly stuck to the classics of that mode: Down By The River, Like A Hurricane, Fuckin’ Up, Hey Hey, My My, Cortez The Killer and it’s rarely played sequel, Like An Inca, from his 1982 electronic album, Trans. Live staple Rockin’ In The Free World came with multiple false endings, the band’s sudden launch back into the chorus becoming laugh-out-loud funnier every time. Near the end of the show, a keyboard painted like a crying falcon was lowered with ropes, and a member of the Real played it while rocking back and forth. The band linked arms at the end, first bowing and then jumping up and down together in celebration. It was kind of adorable. 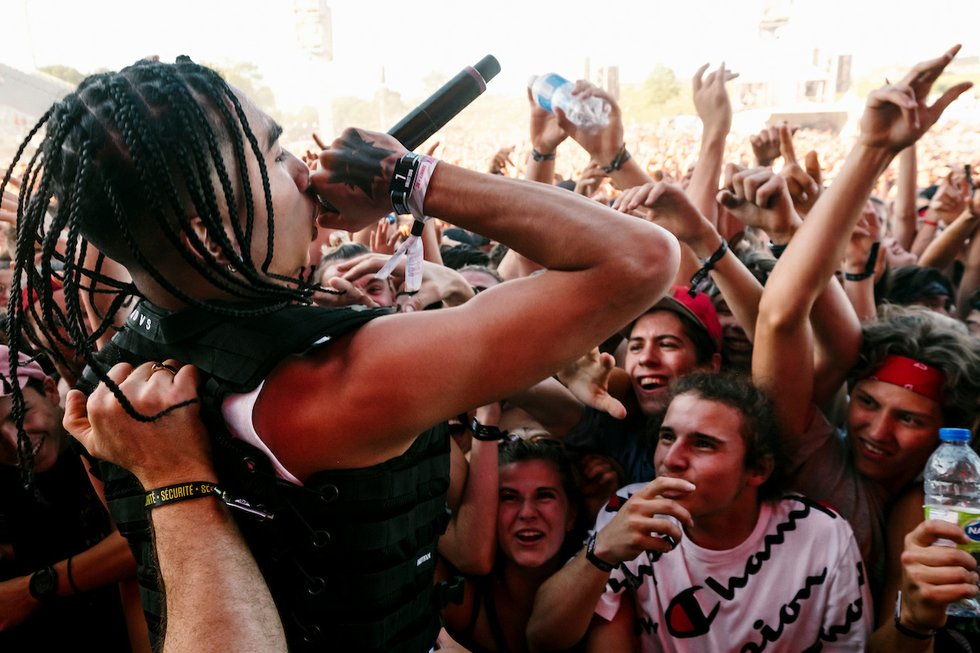 An early evening set by Toronto rapper Killy opened the mainstage the next night (Saturday, July 7). A number of his songs have gone viral with a young audience, and the show gave us a chance to see how he connects with young fans IRL. The crowd was still filling out at 6:30 pm, but those in front of the stage were losing their shit as Killy riled them up, demanding mosh pits and unleashing a guttural scream between his sing-songy Soundcloud rap flow. It felt more like watching a nu metal show during its height in the late 90s than what you might associate with hip-hop if you haven’t been paying attention lately. And by the end Killy had almost completely lost his voice. 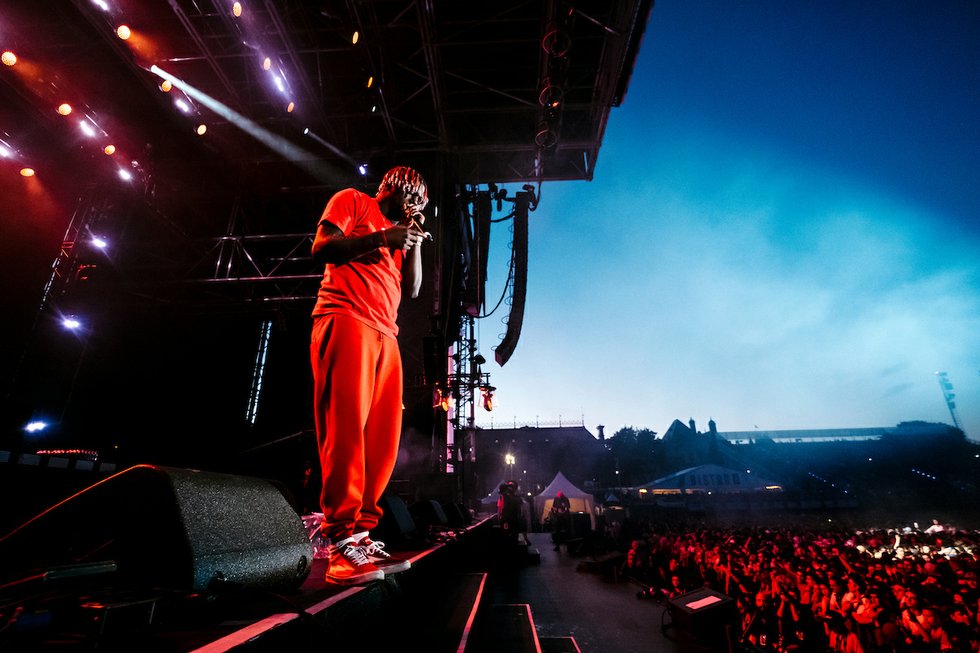 It fit in well with Lil Yachty, though, who played after francophone hip-hop act Loud. The mischievous Yachty spent as much time on between-song antics as rapping. He crowd-surfed (accomplishing what Killy couldn’t earlier when he was held by the belt by security), asked for “the biggest mosh pit this festival has ever seen” – moshing basically belongs to hip-hop now – and spent a verrrry long time throwing out water bottles to the sardine-packed young audience (a complete age flip from the night before), but asked them not to drink it. Instead, he led them all in a totally wasteful, totally energizing water fight. 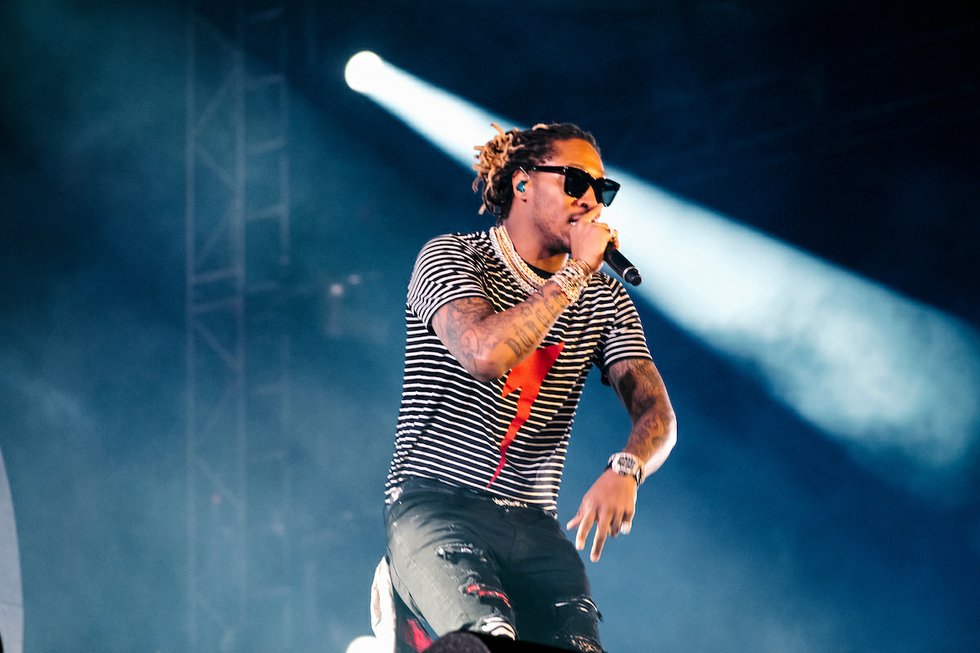 Future’s headlining set couldn’t help but feel a bit anemic in contrast. Hits like Mask Off and March Madness got people moving, but the rapper himself seemed somewhat lifeless. He left the energy to his four charismatic and attention-grabbing Instagram-famous dancers, who, again, seemed to connect with the very young-skewing audience. You bring that many people together and you can feel the lean of music culture.

And now you know.