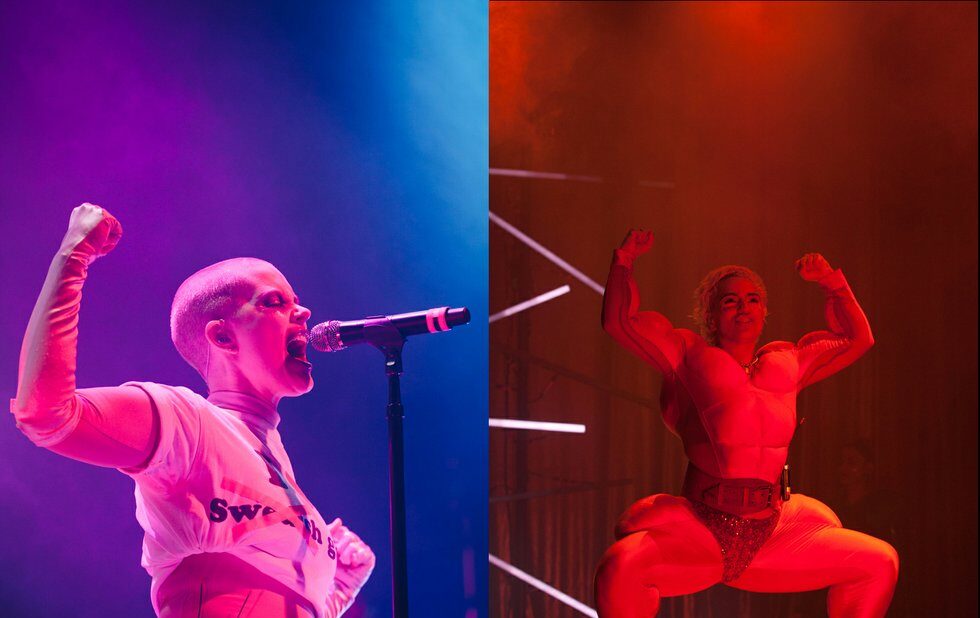 Fever Ray is like the best kind of TV show: you can easily pick it up in season two and know what’s going on, but you’ll have a deeper experience if you watched season one.

When Karin Dreijer – best known as one half of the Knife – first toured the project in 2009, the Swedish musician spent a chunk of the show completely covered in a gothic shaman tent getup and shrouded in smoke, and was surrounded by dudes.

Cut to 2018 and Fever Ray resembles the love child of 2007 bald Britney and Heath Ledger’s Joker, her band is five wildly costumed women and non-binary performers and the stage is bathed in rainbow lights.

What changed? Dreijer has come out as queer and her joy was apparent throughout the group’s tour stop at Rebel that had many in the crowd staring awestruck.

With Fever Ray and the Knife, Dreijer has tended to decentre herself on stage, in line with the music’s leftist, feminist and collectivist themes, but she was front and centre for most of this show. Not that she didn’t have competition for the limelight: backing singers Maryam Nikandish and Helena Gutarra – dressed in hilarious muscle man padding – on either side of her locked into 80s exercise video choreography.

Plunge is a rhythmically promiscuous and effusive intertwining of sexuality and politics. As such, some of the back catalogue material was remixed to be more party appropriate: When I Grow Up’s polyrhythms were cranked up to Miami Sound Machine levels and I’m Not Done was reconfigured as a runway techno jam. 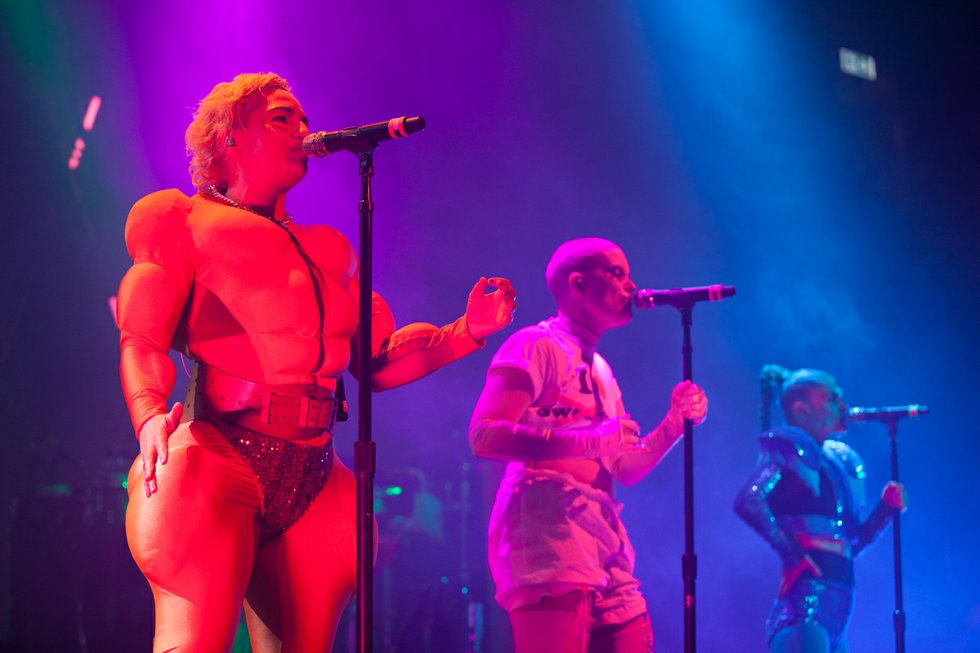 The band dialed down the energy with Hansson intro-ing the ballad Red Trails with an accordion solo. The caped Nikandish soon appeared to dramatically interpret the song’s Warren Ellis-like scratchy strings. Concrete Walls was the most minimal cut, with the three singers standing in close formation. The dance party was full effect with a run of singles – To The Moon And Back, Triangle Walks and IDK About You – in the set’s home stretch.

Though Fever Ray’s latest stage show puts a queer and anarchist spin on synth-pop choreography, Dreijer didn’t overdo the theatricals – though it might seem weird to say. The last Knife tour was basically a dance-focused, full-on satire of pop arena tours and this show had elements of that, but it was more straight-forward.

Dreijer has historically put a lot of effects on her vocals, but this Fever Ray album leans most on her unembellished voice and she sounds as good live as she does on record. The three singers traded harmonies and verses throughout, and there were fun musical touches that also created impactful visuals, as when the trio strummed acoustic guitars on burbling first-album single If I Had A Heart. The musical arrangements were as powerful as the choreography and costumes.

It sometimes looked chaotic, but it the effect was balanced and harmonious. No one element outstripped the other – except maybe that muscle suit.