Field Trip 2017 was all about the return of hometown heroes

Broken Social Scene and Feist ruled the fest, and Phoenix and A Tribe Called Red held their own 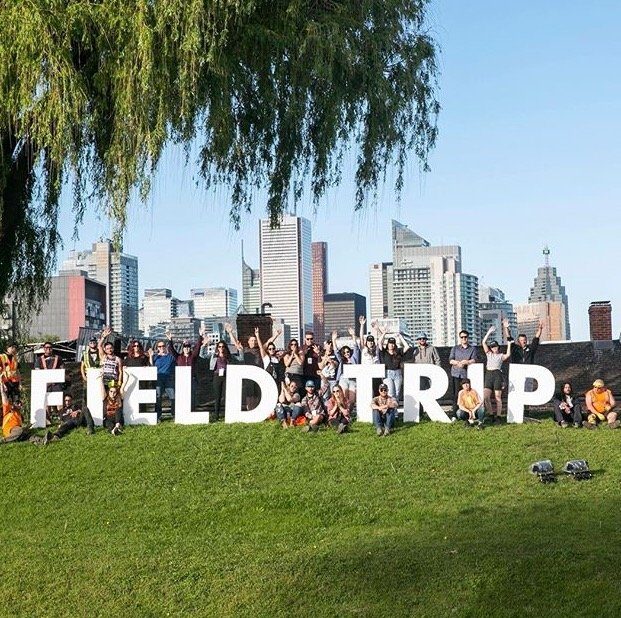 Five years in, local indie label Arts & Crafts’ annual Field Trip festival has established itself as kind of a citified version of Guelph’s Hillside: family-friendly with an eclectic lineup, good food and a chill vibe.

While the bill featured the fest’s usual savvy mix of up-and-coming talent alongside bigger acts, this year’s edition was all about the return of hometown heroes (and label anchor) Broken Social Scene, and fan-favourite headliners supporting new albums.

Newer performers like recent A&C signees Overcoats and Bernice and sister act Joseph showed promise (as Overcoats put it, “The future is female”) with gorgeous vocals and tuneful melodies during their early-afternoon Saturday sets, but it wasn’t until A Tribe Called Red took the stage that evening that the crowd really lit up.

Their blend of hip-hop and dubstep with First Nations vocal chanting and drumming really comes to life live, and the Ottawa trio built up the energy with a set that seamlessly cut in and out of their three-album catalogue, playing recent single R.E.D. (from 2016’s We Are the Halluci Nation) in full to big cheers as their traditional dancers tore it up.

It was clear who most attendees were there to see the minute local indie brigade Broken Social Scene hit the stage for their Saturday headlining set. With anticipation for their forthcoming album, Hug Of Thunder, running high, the local darlings’ comeback was as cathartic as their epic anthems.

Frontman Kevin Drew admitted to being a little worse for wear following European tour dates, but backed by the Holy Trinity of Feist, Amy Millan and Emily Haines, he needn’t have worried – as on the new record, the women of Broken not only held down the Fort, but served as the heart and soul of the set. New vocalist Ariel Engle (AroarA) also held her own, adding unique flair on new songs like Stay Happy.

As most of us hadn’t heard the new album yet, only the massive-sounding first single Halfway Home really resonated with the crowd, who were there for the classics: the euphoric blasts of brass that closed out 7/4 (Shoreline) evoked chills Stars’ Torquil Campbell led the crowd in handclaps on Brendan Canning’s Stars And Sons even the persistent loud talkers quieted during the starkly beautiful Anthems For A Seventeen-Year-Old Girl, which has taken on new resonance since the band’s recent performance in Manchester.

By the time Haines sang the chorus to Backyards, with its timely “be courageous” refrain, it was impossible not to feel fiercely sentimental for this gang of friends without whom Arts & Crafts – and the festival it’s spawned – would not exist.

The Social Scene love-in carried over to Feist’s own Sunday set, which served as a master class in effortless cool.

The sombre tone of the NOW cover star’s new album, Pleasure, isn’t exactly summer-festival material, but she structured her set so that it all somehow worked beautifully. Opening with the one-two punch of Pleasure’s two upbeat singles, the title track and the clattering Century (with Campbell guesting on Jarvis Cocker’s spoken-word interlude), before weaving in some of the quieter new tunes, Feist left plenty of space for her killer guitar solos and virtuoso vocals.

“Kinda turned out to be a perfect Sunday, didn’t it?” she beamed.

Her lean three-man touring ensemble has gelled nicely since her Trinity-St. Paul’s Church show in late April, and the sunset set mixed in old faves like an solo acoustic Mushaboom, a gritty, pulsing take on Sea Lion Woman and a completely deconstructed 1234 that left casual fans more than a little bewildered.

Even Phoenix’s affable frontman, Thomas Mars, wondered aloud why the French quartet were playing after Feist, but the band’s discofied take on dance rock proved more than worthy of headliner status.

While the killer tunes from 2009’s Wolfgang Amadeus Phoenix stood out (the crowd belted along), even the featherweight new Euro-pop material from their forthcoming Ti Amo album worked nicely live.

With a massive backdrop projecting their stage setup and a fierce light show, Phoenix’s synth- and guitar-heavy set drew big cheers during Lisztomania and Lasso, while the extended intro to Love Like A Sunset allowed Mars’s bandmates a moment to show off their instrumental chops.

A mainstream pop hit can be a complicated thing, but unlike Feist’s reworking of her own big tune, Phoenix knew what everyone was waiting for and gave it to them straight. And why not? 1901 remains an undeniable jam, kicking off a joyful dance party to close things out on a high note before Mars crowd-surfed into the audience, bellowing his thanks along the way.