Backed by an 11-piece band, the charming Irish singer/songwriter displayed the many facets of his music 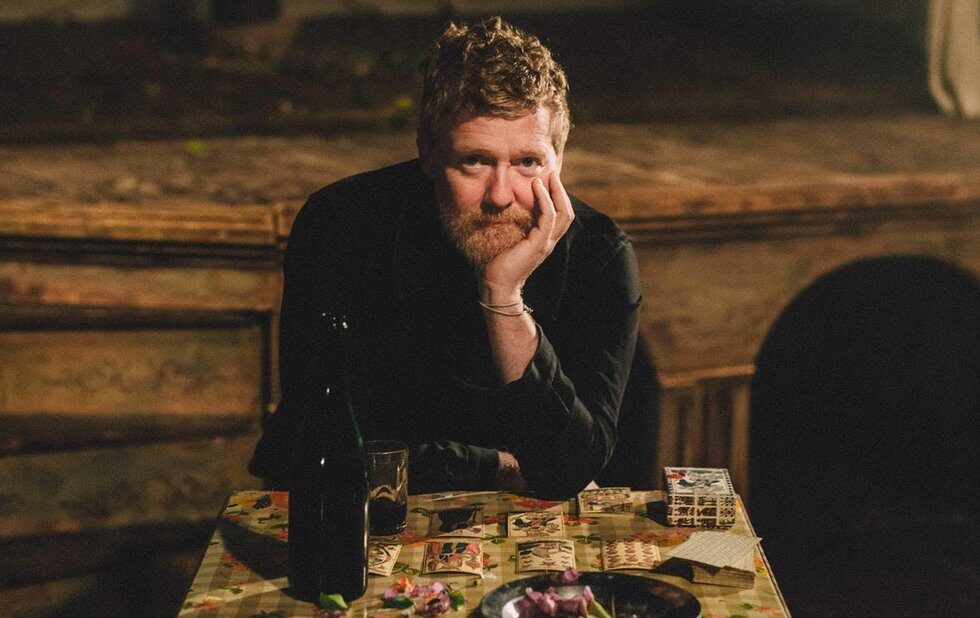 It’s easy to pigeonhole Irish singer/songwriter Glen Hansard as a reliably entertaining charmer with a bucketful of rootsy tunes, but anyone who’s followed his nearly 30-year career knows just how many twists and turns he’s taken. He started out in rock band the Frames, starred in cult classics The Commitments and Once (also writing and performing its unforgettable soundtrack with co-star Markéta Irglová, which netted him an Oscar for best song), and built a remarkable solo career.

That versatility took centre stage during his bravura show Wednesday night at the Danforth Music Hall, which highlighted songs from his latest album, Between Two Shores, but didn’t leave out fans of his earlier work, either. Backed by a masterful 11-piece band featuring a string and horn section, Hansard showcased every side of his musical personality, from rootsy folk singer to romantic balladeer to raw bluesman, mesmerizing the capacity crowd.

With a backdrop of red lamps glowing behind them, Hansard and ensemble set the stage for an intimate yet grand vibe, and the music followed suit, interspersing quieter solo numbers with massive Stax-style rave-ups.

In true Irish fashion, Hansard’s gregarious storytelling is as much of a draw in his live set as his narrative-driven songs. Leading into a stark solo piano version of the unreleased Shelter Me, he recalled a past encounter with Joni Mitchell, whom he said wryly remarked, “You should rhyme that and put it in a song,” to which Hansard marvelled, “That’s what we do – we rhyme our lives.”

While Hansard’s troubadour solo turns at the guitar and piano beautifully showcased his gravelly roar (and prompted more than one marriage proposal from the crowd), the set also generously showcased his talented band, with Hansard ceding the spotlight several times throughout the night for blistering solos from different members.

The brass players brought a bluesy swagger to upbeat tunes like Didn’t He Ramble, while the rhythm section laid down a thundering and ominous groove on the snarly Way Back In The Way Back When. Turning an entire song over to one of the backing singers/guitarists was a tad indulgent, but given Hansard and Co.’s clear delight at playing together – underscored by their unflagging energy throughout more than two hours of all-out performance (“We’re dead up here, but it feels good!” Hansard quipped toward the end) – such interludes were more endearing than annoying.

Only a passed-out audience member (who was quickly attended to) brought the set to a screeching halt midway through, with Hansard later joking, “It’s a large gathering – someone’s bound to faint!”

Hansard has always been outspoken about his politics, pointing out that the roots of folk music lie in fighting for the common folk. “When you cover a song, it’s incumbent upon you to add to it,” he noted before launching into a 21st-century update of Woody Guthrie’s Vigilante Man, throwing in some pointed barbs at the current U.S. president.

While the set served as an overview of his long career, with gorgeous, spirited runs through fan favourites like the Frames’ sweeping Fitzcarraldo and the Once centrepiece When Your Mind’s Made Up, there’s no denying the power of the opening piano chords of Oscar-winning Once ballad Falling Slowly, which Hansard dedicated to co-star Irglová. While it feels odd to hear the duet without Irglová’s sweet counterpart harmonies, Hansard’s stirring delivery and the string section’s dramatic arrangements still drew out its inherent cinematic sweep and deep-seated emotion.

Forgoing the inevitable encore, Hansard brought the entire ensemble back out for a group bow, which turned into a spirited a cappella singalong of Irish classic the Auld Triangle, with members of the band and even the stage crew taking turns singing a line. It was a fitting end to a set that often felt more like a ceilidh than a concert – just one headed up by a singer who’s firmly putting his own heartfelt stamp on the long troubadour tradition.