As the concert hall prepares to close for extensive renovations, the Canadian folk icon's wit and timeless songs cut through the air of finality 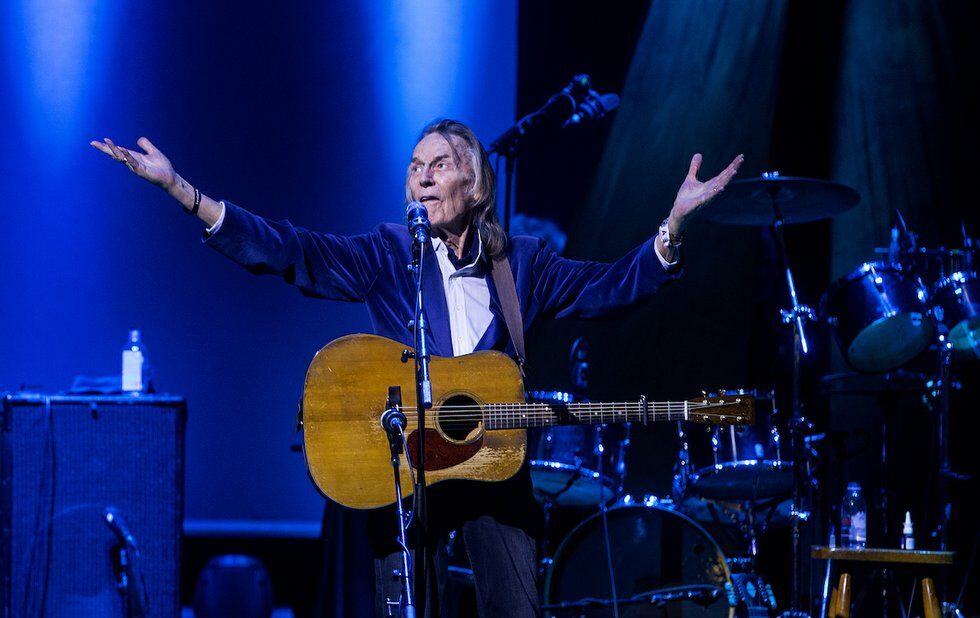 For the final performance at Massey Hall before two years of renovations begin, the venue received a send off from a performer whose life and legacy are as large as the hallowed concert hall itself.

In fact, Gordon Lightfoot was the perfect choice for the event he and Massey Hall have a rather long shared history: he has performed there over 160 times in the course of his 60-year career.

The 79-year-old folk singer/songwriter took the stage Sunday night – his third consecutive show – to a standing ovation. “I am Gordon Lightfoot and the reports of my death have been greatly exaggerated,” he said with a smile. The whole event had an air of finality to it: would Massey be irrevocably changed for the worse with this renovation? Would Lightfoot be around to perform again when it reopens? The early outpouring of cheers and applause gave that unease a sound that appropriately filled the room.

In typical Lightfoot fashion, he remained humble about the significance of the show. He introduced one song, Too Many Clues In This Room, as a work in progress. It was written in 1973.

While the night’s set was nostalgic, that witty introduction suggested Lightfoot views his songs as living, breathing things. Much like the building itself, his songs have gone through many iterations over the years. Notably absent from the performance of Clues was the recorded version’s lap-steel melody, giving plenty of room for keyboardist Mike Heffernan to embellish the song with subtle synths instead. Long-time bassist Rick Haynes sounded a lot more present live, taking advantage of Massey’s excellent sound to give the song a bit more low-end.

Though it was completed in 1894, many of Massey’s iconic details came later: 10 years later the now-famous fire escapes were installed. A neon sign was added to the building entrance sometime after that, marble steps replaced wooden ones in 1933, the seats everyone seems to have a love-hate relationship with were added in 1948, and so on.

Rather than lament the loss of the space Lightfoot quipped, “I hope they at least put in an elevator.”

His set list also added to the levity: it included a string of hits played with his four-piece band in the first half of the night – Did She Mention My Name, Beautiful, Don Quixote, The Watchman’s Gone, Sundown and Carefree Highway.

During the intermission, there was the usual bee-line to the washroom and bar mixed with a good number of people milling about, exploring stairwells and aisles, taking photos of the stage and the room’s climbing seating.

In the show’s second half, Lightfoot swapped his burgundy velvet coat for a blue one, and continued into a memorable set of his best songs, including The Wreck Of The Edmund Fitzgerald, Rainy Day People, If You Could Read My Mind and Early Morning Rain.

Lightfoot’s voice has lost some lustre over the years. His instantly recognizable lower register sounded thin and faint, but still capable. His lack of projection never detracted from the performance itself though, as there were moments when the legend’s voice attained booming glory. His voice swelled beautifully during Edmund Fitzgerald, as if the melody arrived via muscle memory and coaxed a strong vocal performance.

Lightfoot treated the crowd to an encore of Cold On The Shoulder, and when he wrapped, the house lights came on and the crowd rose for standing ovation once again. As people slowly trickled out of the house, they took extra time to snap photos, taking in the memory of one of the city’s most beloved works in progress.