clearly inspired by sprockets, the members of White Cowbell Oklahoma have invested in some striped shirts, smoke machines and cheap synth gear for their own sniggering parody of quirky European electro-pop as Radio Free Luxembourg. But their robotic choreography and monotone shout-outs of the names of Benelux countries soon grew tiresome, and the 20 or so curious spectators seemed even less interested than Viennese electro-lounge crooner Louie Austen, who watched their lowbrow hijinks with a quizzical grin.

“They seemed to be making a joke,” observed Austen, sipping a Corona while a rousing Heino tune echoed through the empty venue, “but I didn’t really get what it was about.”

There was no such difficulty figuring out Austen’s act. The 60-something runaround pal of Peaches and Gonzales sings hackneyed romance jams with a Sinatra-esque swagger over squishy Patrick Pulsinger-programmed beats.

Although Austen can certainly sell a tune with silk-scarf-and-two-toned- brogue panache, there’s nothing terribly creative or daring in setting his hardbitten balladry to an electronic bounce — it’s essentially electro-clash karaoke. Austen’s routine may have killed in Montreal, but in Toronto it just died. 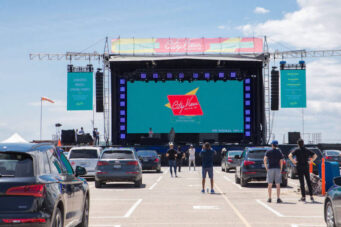 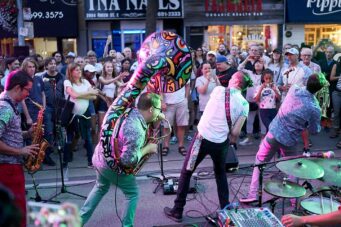