Before he jets into the stratosphere for the never-ending stadium rock tour, the former One Direction singer treated his faithful 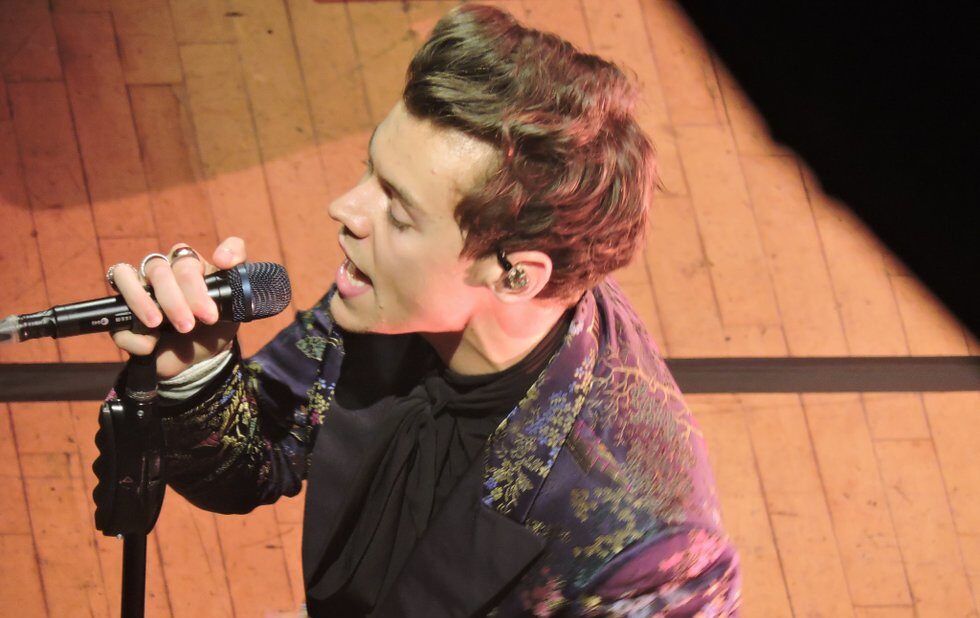 Before I talk about Harry Styles’s first solo club performance in Toronto last night, I want to tell you what I wore.

The outfit began with a fan-made tank top, which I made in collaboration with my co-worker, a museum art director. We gazed deeply at the cover of his current album, focusing in on the pink-tinged water Harry bathes himself in amidst the floating smattering of Pre-Raphaelite floral petals. We clicked through on Tumblrs full of fan-uploaded photos from the tour’s previous dates, taking note of the custom brocade Gucci suits he’s been wearing on stage. But we fixated the most on one t-shirt from his official tour merch collection, emblazoned in plaintive sans serif with the tagline “TREAT PEOPLE WITH KINDNESS”.

So of course we knocked off both, but for a tagline in support of my OTP: “ZARRY IS REAL”.

Yes, I am that kind of fan. The fan that believes in the still lingering mythical 1D brotherhood — even as many of One Direction’s current and former members break off into varying levels of solo pop chart successes — but in particular, this fictitious ‘ship that is Harry and his former bandmate Zayn. By pairing this shirt with a vintage embroidered Chinese jacket, corduroy sorbet culottes and baby blue suede platform heels, I was dressing in my son’s glam rock aesthetic, but also communing with the Directioner faithful. So it was validating to walk to the Centuries Lounge, past the myriad of tour merch lines that snaked down the stairs and into the hallways by throngs of equally stylish women in floral jump suits and denim cut-offs and perfectly lined matte lips, and overhear someone say approvingly, “Oh, she’s a Zarry.”

When you’re the kind of fan that loves a band so wholeheartedly – to know all the songs’ words, to be reduced to using only skull crossbones emojis in a group chat with your friends in their far-flung single seats, to feel cocooned by the stereophonic en masse emotional release that is a young woman’s full-throated scream – to be in the same room with others like you is both humbling and overwhelming. And that was the most profound take-away from Styles’ show: his deft, showboat ability to harness this collective energy and allow it to vibrate throughout the room.

Peacocking across the stage in an embroidered indigo satin Gucci suit and black pussy-bow blouse, Styles was clear to us and his band what his purpose was that evening. “My job is to entertain you,” he explained to the sold-out crowd two songs into the set. “Your job is to be who you want to be.” The crowd roared, especially when he grabbed a feathered multi-coloured boa from the front row, which he then shimmied and strutted with, or held up high a rainbow-coloured Pride Canadian flag and draped it over himself.

For a show that sold out last May within the first half hour and had fans tittering about seeing star-struck Shawn Mendes watching the entire show near the sound booth, it felt especially fleeting to see a pop star like Styles in such a storied, intimate venue. I missed Styles’s One Direction era, but in the fan-shot tour clips I’ve seen on YouTube, it’s clear how he’s always exerted this Jaggeresque energy to palance across a stage, giving thumbs up and blowing kisses into the air that strategically hit floor, balcony and nosebleeds viewpoints. 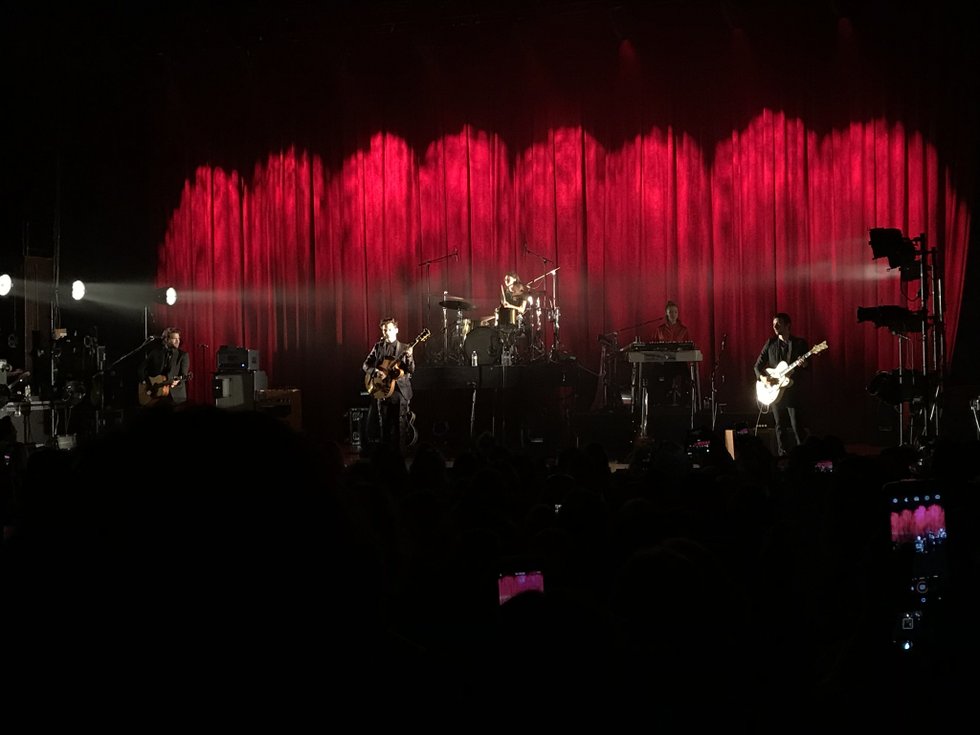 Backed by a four-piece band and periodically strumming his own rhythmic guitar chords, you could see how Styles relishes this traditional rock pose. The frequently violet-lit set design affirmed this: by having drummer Sarah Jones on a high riser it smartly gave the audience central equalizing sight lines of all the band members. During their encore cover of Fleetwood Mac’s The Chain, Styles seemed to favour feeding off of Jones’s thumping bass drum.

But centred within all the songs was space for the deafening crowd. They were a particular force on new single and fan favourite bop Kiwi and during the band’s rollicking cover of One Direction’s Stockholm Syndrome, blasting the “Oh!” during the chorus’s call and response. Again and again, Styles centred the crowd’s involvement and made them see each other. After a particularly moving interpretation of the album’s moody opener, Meet Me In The Hallway – augmented by the femme forte harmonic energies of Jones and keyboardist Clare Uchima – Styles demanded the house lights come up. He rambled a bit about being honoured to play Massey before it closes for refurbishments, then encouraged fans to hold their hands high into the air, and then later, hug someone they didn’t know next to them. “How does it feel to embrace a stranger?” he coyly asked.

I can’t speak for anyone else, but after blindly hugging three women near me, and then later screaming my heart out to closer Sign Of The Times, I felt like this would be the last I would see Styles in this setting. In recasting 70s stadium rock with his willful Pied Pipering of crowd-will energy, Styles is less Jagger and more like a love child of Jackson Browne and Dan Deacon. And while he worked the club venue stage, he clearly belongs not to the few but the many that can throng a stadium-long catwalk.

But here in the intimate theatre, the fans belonged too. Even those of us who know Zarry is real.