Review: H.E.R. was mysterious yet relatable at Rebel

Daniel Caesar wasn't there to reprise their duet, but the versatile R&B artist did get an assist from local star dvsn 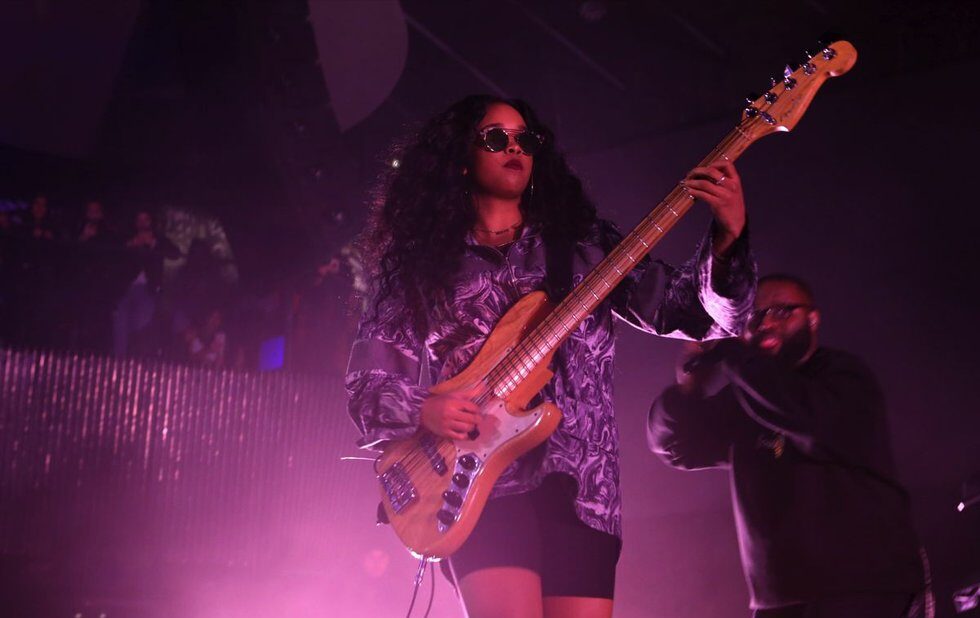 H.E.R. delivered a technically impressive and emotionally raw performance at Rebel. Performing in her trademark dark sunglasses, she made it clear throughout the night that the mystery around her identity and her desire for fans to connect with her though music alone has worked – even if she’s no longer fully anonymous.

Opening with smooth, mid-tempo Carried Away, the singer born as Gabi Wilson immediately settled into the intimate and vulnerable vibe that draws in a crowd. H.E.R.’s discography brings us through layers of love and heartbreak, with emotive delivery and smooth instrumentals. Her vocal range that goes seamlessly from a delicate falsetto to deep sensual notes.

Fans reacted in equal excitement to her breakout hits Losing and Focus from her debut EP H.E.R. Volume 1 and Feel A Way from her recent I Used to Know H.E.R.: The Prelude EP. Her live rendition of 2, a bold and dark classic-style R&B track, showcased her ability to draw out the emotional stakes in relationships. As she belted out the catchy hook “I was playing you too” and we all sang along, it was clear Wilson’s talent works alongside her relatability – she sings about things we feel, and it felt even more organic in person. 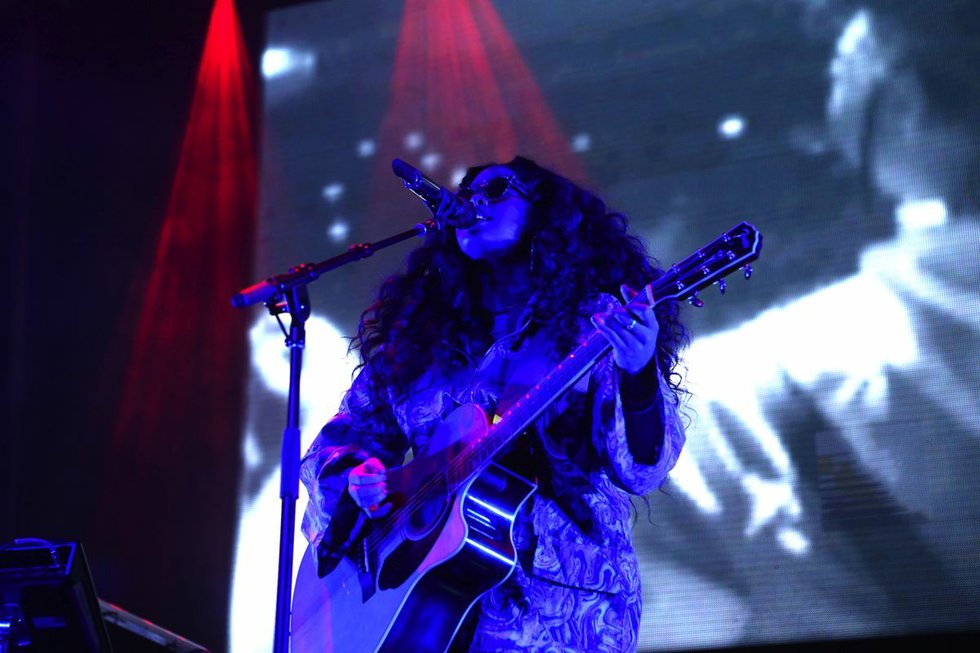 She did more than just sing. Surrounded by a talented band and background vocalists, she switched between acoustic and electric guitar, drums and keyboard in her performance. It felt soulful and mature, while also showing off her versatility.

It was clear she had die-hard fans in the audience – many Toronto listeners became hooked after her duet with hometown hero Daniel Caesar, and they became elated at the coy hints she dropped about bringing out “one of our own.” It turned out to be another local R&B star, dvsn, who joined her to sing Think About Me and Too Deep. Tone Stith, another young R&B singer co-signed by Drake (who opened the show), also joined her for a song. Although some people were disappointed that Caesar did not hit the stage, she did play a beautiful rendition of their song Best Part with one of her background singers.

With her creativity on full display, and her proper debut album still upcoming, it’s clear we have a lot to still look forward to from H.E.R. 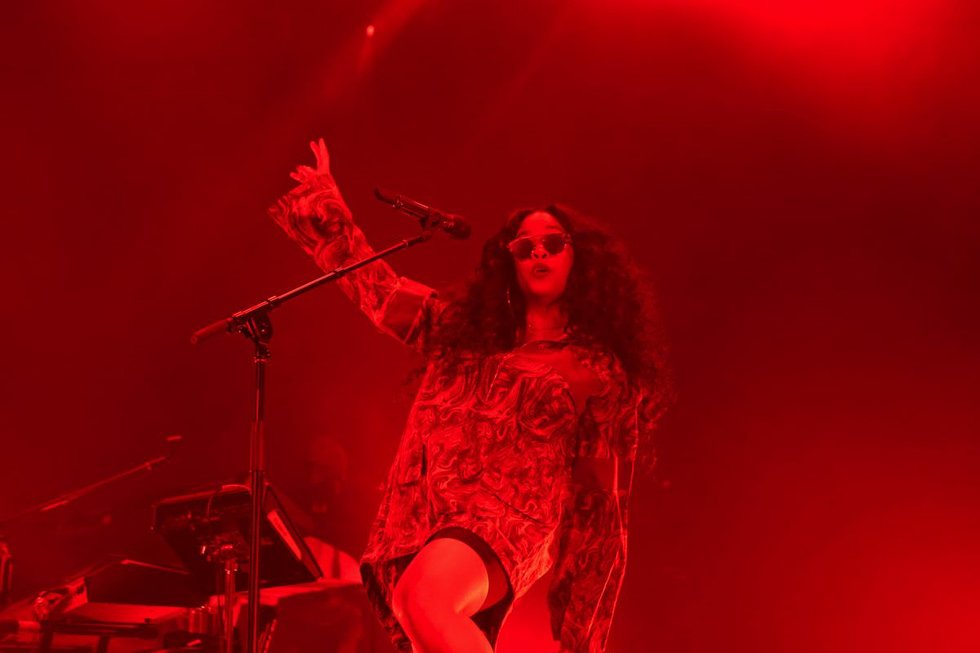