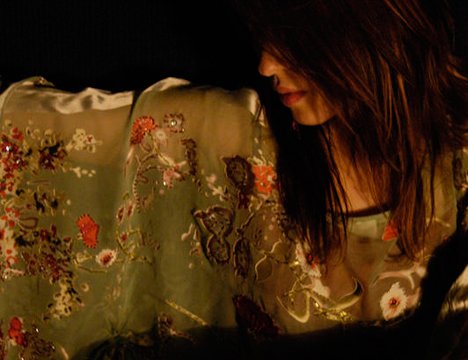 There’s been so much discussion about Imogen Heap’s embracement of Twitter, vlogging and the various innovatively tech ways she interacts with fans online that questions of whether her new album Elipse being any good seemed insignificant.

The British songstress enjoys an enormous online presence but can she deliver in reality?

As it turns out Heap has the soaring vocals of a modern-era Kate Bush and is far from some mousy internet addict. Her moves across the eccentrically-decorated stage (picture a white piano under a tree) are made with total confidence and her in-between banter was Emma Thompson-level charming. She even wears a headpiece mic, giving her nothing to hide behind when singing and dancing at centre stage.

And from her online ways Heap commands an intense relationship with her fans. Squeals ensued when she announced tunes like Bad Body Double and Aha!, both from Ellipse. Digital cameras flashed relentlessly throughout only subsiding when Heap conducted an impressive choral audience participation part for Just For Now in what amounted to a very Mr. Holland’s Opus-like moment. [rssbreak]