NOW MagazineMusicConcert reviewsJay-Z brought both intimacy and spectacle to his 4:44 concert at the Air Canada Centre

Jay-Z brought both intimacy and spectacle to his 4:44 concert at the Air Canada Centre

His show had plenty of arena rap bells and whistles, but Jay-Z is still old-school at heart 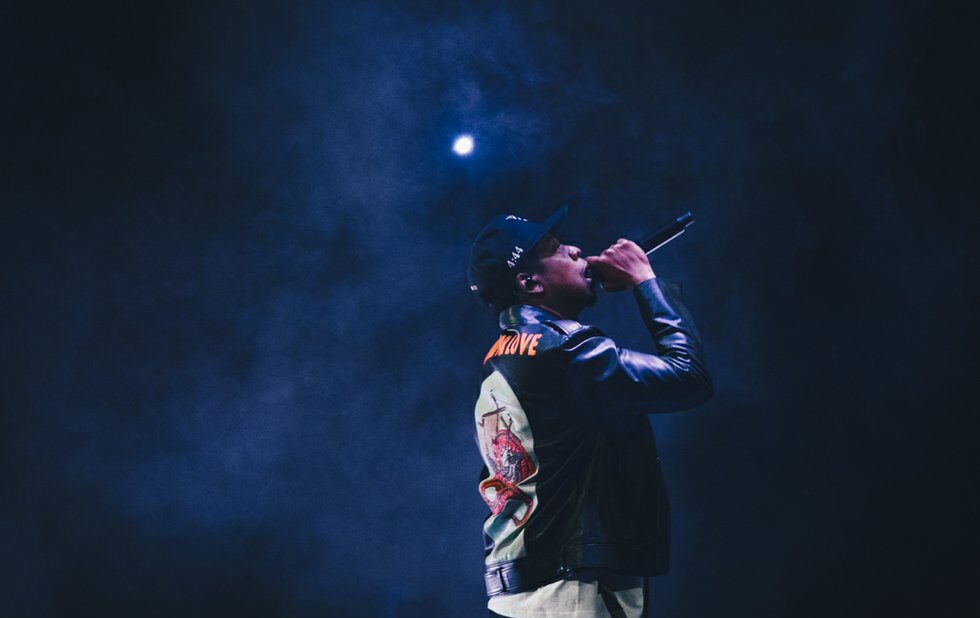 Jay-Z’s 4:44 is the most personal and introspective album of the hip-hop mogul’s decades-long career, which presented a challenge for his latest tour. How do you make an arena concert feel intimate?

Jay-Z has a lot of experience playing big stages (and promoting them, via his deal with Live Nation) – often with co-stars like Kanye West, Justin Timberlake or his wife Beyoncé  – but he’s still old-school at heart. You could see that at the first show of his two-night stand at the Air Canada Centre, a concert that often seemed at odds with its own big-stage spectacle.

He played atop an octagonal platform that literally put him on a pedestal above his band, who played in three corner pockets, before the stage lowered and put them – and his fans – on the same level.

Four double-sided screens swung above him and sometimes folded into each other like a homemade paper fortune teller. They flashed a barrage of images that played with his persona – Kanye laughing, his wedding video, his wife Beyoncé jet skiing in a floor-length dress, the lady on the Brooklyn subway that he introduced himself to in a viral video – and set them on fire as he launched into opening song, Kill Jay-Z. It felt like he picked up some tips from Beyoncé, whose Formation tour similarly turned home movie footage into modern-day mythology while suggesting that the personal is the political.

The 4:44 album definitely fits that mould, merging No I.D.’s dizzying production created out of soul samples from throughout his life with lyrics about his infidelity, the legacy he leaves his children, regrettable real estate decisions and racism in America. But his show was hardly the highly manicured and choreographed experience that a Beyoncé show is. 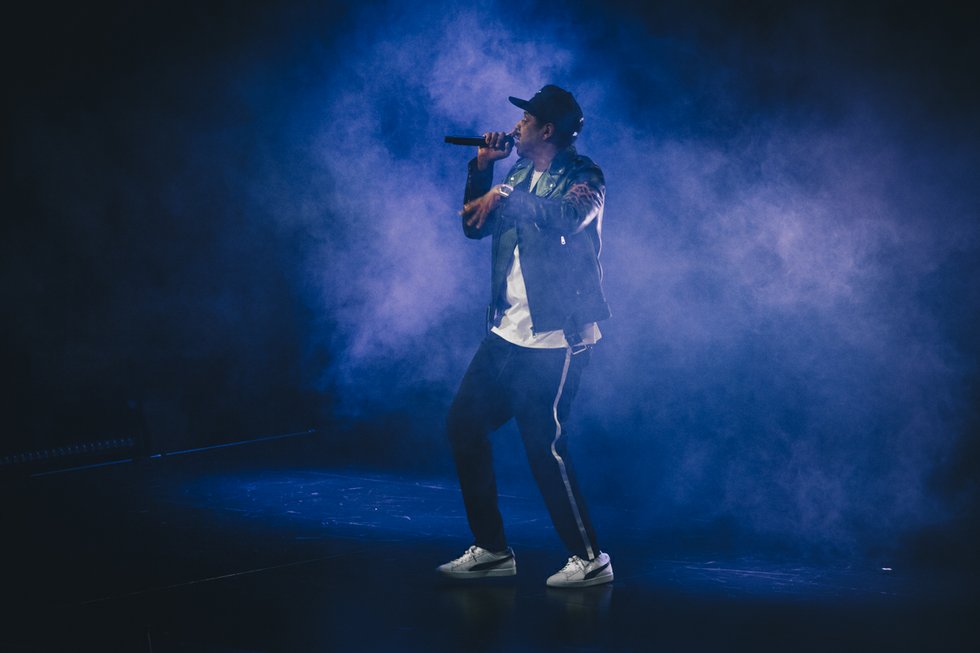 Jay-Z switched between his two stage configurations, but seemed much more comfortable on the lowered version, where he could see his fans and play directly to them, sometimes individually. Multiple times he remarked that “the girls are going harder than the guys,” pointing to a few in particular, and at one point subtly chided a white fan for rapping along with the n-word “with a bit too much of your heart.”

He’s a classic entertainer – the new Sinatra, as he tells it – and he can easily fill a set list with crowd-pleasing greatest hits. Classics like Big Pimpin’, Izzo (H.O.V.A.) and Empire State Of Mind got the audience singing along at the top of their lungs, while 99 Problems even put the lyrics up onscreen karaoke style.

His newer songs felt downbeat and somewhat sedate comparitively, and so he sprinkled them into the setlist rather than devote a whole part of the show to them. He called the 4:44 title track – an ultra-vulnerable open letter apology song – “the most uncomfortable song I ever created,” but pushed through because “that’s how you grow.” Admirable, but you could see his energy level rise later for the Black Album anthem Allure, “a song for people there from day one – almost,” which he called one of his favourites to play. And it showed.

Vic Mensa – dressed all in red leather like a hip-hop Eddie Murphy – was overt and earnest in his politics in his opening set, which brought an impressive amount of energy to a tough crowd while speaking out against police violence and killings in his native South Side Chicago, even including a few bars of Fuck Tha Police.

By contrast Jay-Z’s was more inward-looking, often presenting his material success as a sign of Black excellence and a teachable goal for others to follow in his footsteps.

He dedicated The Story of O.J. to Muhammad Ali “and all the people that made it possible for me to be up on this stage.” He called NFL players kneeling during the American national anthem “not a Black or white issue, but a human issue,” saying that the victims of police killings “could have been the next LeBron, the next Drake.” (He also, incidentally, dropped Giggs’s verse from the Drake song KMT.)

Jay-Z’s KMT freestyle tonight at the 4:44 Tour in Toronto. pic.twitter.com/KoIbK4ECyu

He said that Black people need to get together and unite in the knowledge that “we’re not second-class citizens to anyone” and invited anyone “who started at the bottom” to sing along with Hard Knock Life (Ghetto Anthem) at the top of their lungs.

“There’s no such thing as darkness,” he proclaimed, “only absense of light.” The fact that he was from the projects in Brooklyn and standing on stage was evidence, he said, while many of his friends were murdered as teens.

For his final song, he switched gears and played a tribute to Linkin Park singer Chester Bennington, who died from suicide earlier this year. “Mental health is a real thing,” he said, and suggested we check in on our loved ones because you never know what they might be going through. The crowd singalong to the Chester parts of the mashup Numb/Encore was a suitably touching and communal feeling to finish on.

With that, Jay-Z brought an end to the show by exiting through the audience. Even though he had a perfectly good trap door right there.