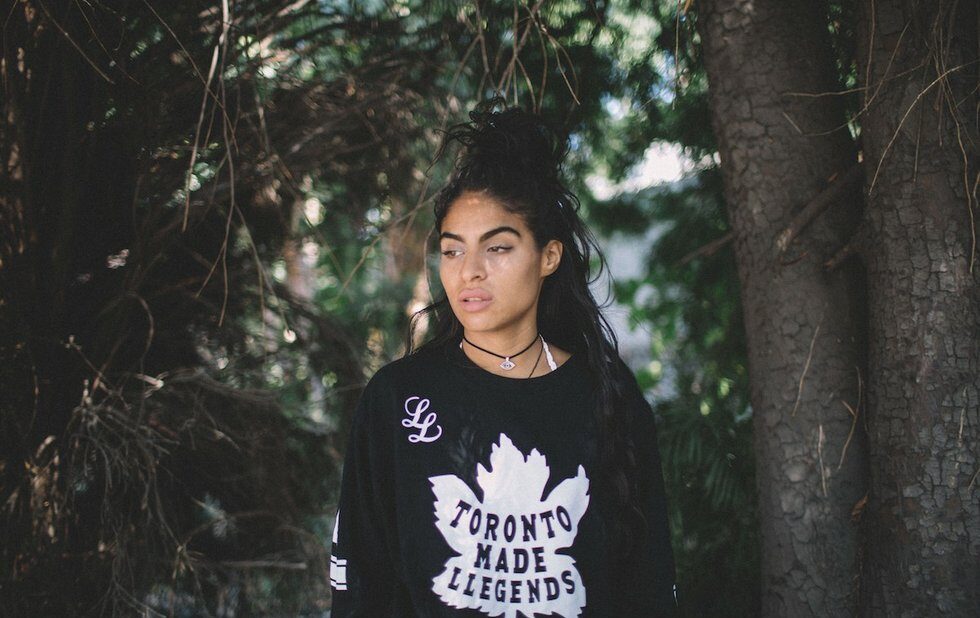 It took less than an hour for Jessie Reyez to cement herself as a rightful hometown star.

With the flag of Colombia draped over the balcony railing, the Toronto-born singer/songwriter shouted out her cultural ties and family roots for making who she is today: an “overnight success” 10 years in the making, and yet more proof Toronto is embracing its groove-oriented acts in a post-Drake era.

The 27-year-old Reyez is a second-gen Canadian versed in Colombian cumbia and salsa cadences, steeped in Toronto and U.S.-based soul/hip-hop vibes, and dipped in the arts practicum of local at-risk youth incubator The Remix Project.

Performing cuts from her debut Kiddo EP – with plentiful “brand motif” red balloons speckled throughout the crowd – she faithfully reproduced the studio sound. Her guitar playing was on point, and her trademark “bloodied heart on her sleeve” vocal style translated into an alluring stage presence.

Toronto was the last date on her first major tour and the proverbial stops were pulled to reflect her growth over the past year. Surprise appearances, in order: Chicago rapper King Louie (someone Reyez held up as collaboratively holding her down Stateside) performed his hit Live & Die In Chicago she did her verse from Allan Rayman’s Repeat before bringing out the alternative R&B singer to complete the song Universal Music Canada labelmate and fellow “hometown singer makes good” high-flier Alessia Cara was also on hand for a superpowered team-up on Cara’s breakout hit Here.

Reyez’s appeal lies in the intensity of her unflinchingly personal and emphatically profane songwriting. Backed by Toronto rapper/producer/collaborator Junia-T – a talented artist in his own right – Reyez hit us with a tightly orchestrated set. “Before anyone was fucking with my music, they were fucking with my covers,” she said, launching into renditions of Chance The Rapper’s Cocoa Butter Kisses and ScHoolboy Q’s THat Part before doing R&B thriller Shutter Island, trap-oriented Gatekeeper and the nihilistic Fuck It.

Peaking with breakout single Figures, she struggled to stay emotionally composed as the din of the wildly appreciative singalong crowd proved too much. After a stop and start, she made it through. The raucously uptempo Blue Ribbon served as the encore capper, but by then her point had been made.

“I think it’s important to be honest with oneself,” she confided during the set. And honestly, after this night, there’s nowhere left for Jessie Reyez to go but up.