JPEGMAFIA’s show at Adelaide Hall was a lean, sweaty blitz 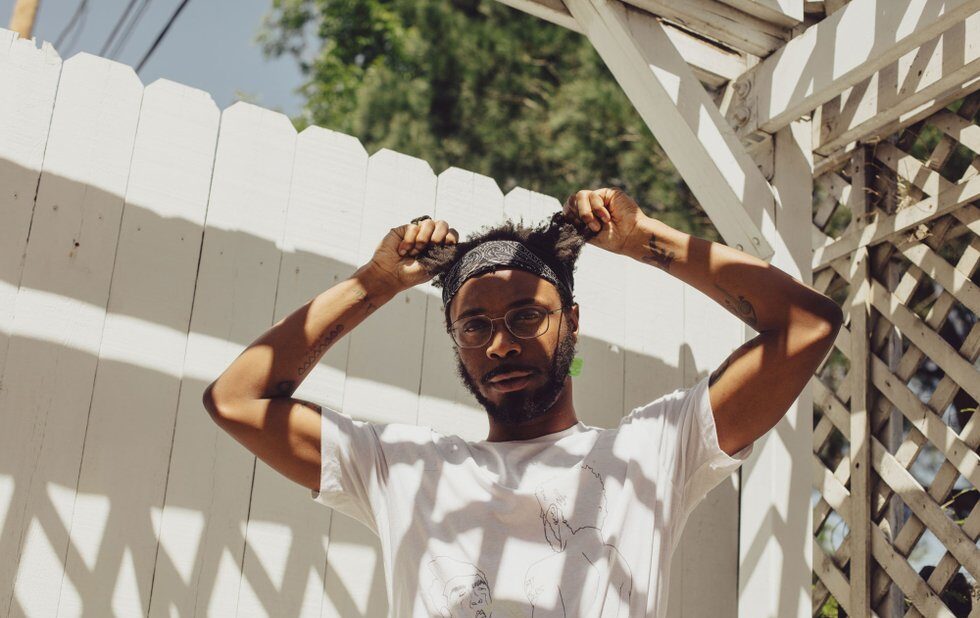 JPEGMAFIA announced his first international tour by way of a Notepad screenshot on Instagram. It’s an anti-tour poster of sorts, a move congruent with the Baltimore-based rapper/producer’s brand of white-knuckle DIY. When Barrington DeVaughn Hendricks plans a tour, he doesn’t hire a poster artist, he doesn’t even watch a Photoshop tutorial he gives you the information you need and hits the road a month later.

That crude approach belies the hype that’s followed his 2018 breakthrough album, Veteran, the latest in a succession of ballistic, outspoken mixtapes and albums he’s released since his four-year stint in the Air Force. His Toronto show, originally booked for the Drake Underground, sold out in weeks and then sold out again when the show was moved to the bigger Adelaide Hall following the Drake’s flooding. Even his merch sold out before the opener went on.

Philly-based college rock quintet Joy Again played to a crowd that was packed shoulder-to-shoulder on the main floor. While stylistically they might have been more at home opening for someone like Mac DeMarco, Joy Again were received surprisingly well as they rounded out their reverb-drenched set.

In the moments before JPEG went onstage, the crowd became cagey as eager fans nudged past each other to get a prime spot. Accompanied only by his MacBook and about a dozen bottles of water, the rapper quickly disrobed and launched into his first song, Vengeance. The crowd became an undertow of damp bodies and JPEG let himself become swallowed by it.

“How am I gonna get through the rest of this?” he said, reappearing back onstage a couple songs later, pouring sweat and missing his signature bandana. He took a second to gather himself before summoning the demonic ODB sample that kicks off fan favourite Real Nega.

JPEG spent nearly the entirety of his lean set blitzing through songs from Veteran, scream-rapping over the juddering noise-collage of tracks like 1539 N. Calvert and I Cannot Fucking Wait Until Morrissey Dies. He took breaks only to weigh in on subjects like the Bill Cosby’s sentencing from earlier that day, joking that after all those years of urging black Americans to pull their pants up and act respectably, he was the one who ended up with an ankle bracelet. It matched the provocative and irreverent social critique of his songs, which takes on topics like the alt-right, toxic masculinity and gentrification.

Before ending the night with the barnburner Baby I’m Bleeding, his wireless mic gave out. While the issue was being resolved, he managed to barter the frenzied crowd down to a hush so he could thank everyone for coming, for selling out his first show in Toronto and making it such a special night for him. It was a display of gratitude that would often seem unspectacular, but from an artist who’s always been deliberate about reaching fans his way, on his own terms, it couldn’t have been more fitting.