Kelly Clarkson, Cardi B, Jessie Reyez and Fifth Harmony were flawless. The TV taping? Not so much 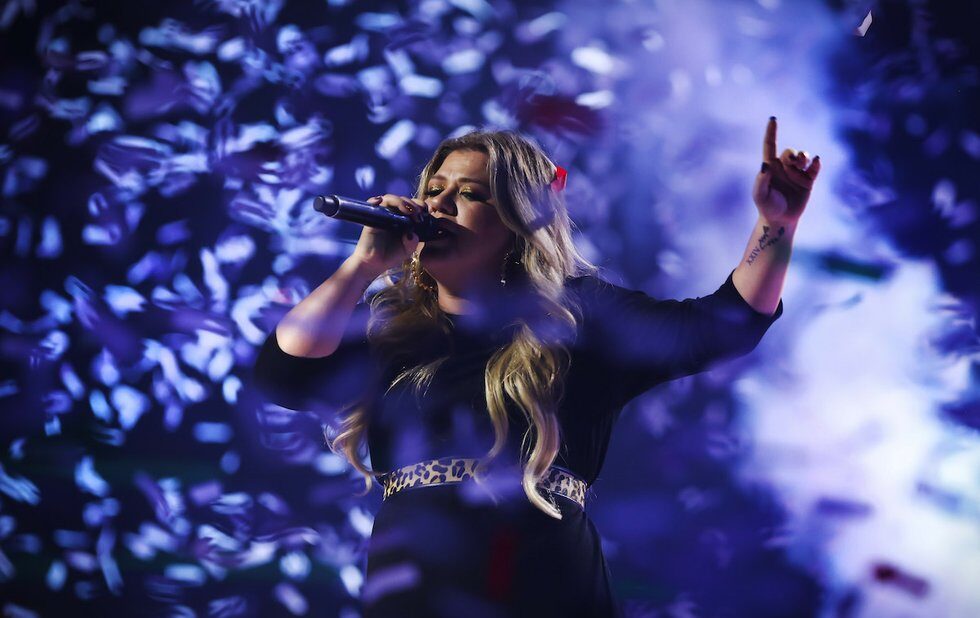 Early into iHeartRadio’s Jingle Ball, Kelly Clarkson said, “I’m always having an awesome time, no matter what,” and you believed her because she radiated warmth and humanity.

But you might wonder why the pop star brought this up in the first place, while standing onstage at the half-filled Air Canada Centre. Could it be that, even so early into the event, the evening’s host was sensing the audience’s faltering attention? Or was a frantic producer shouting in her earpiece to play for time? In any case, Clarkson can do a lot of things normal people cannot, and one of those is seemingly having an awesome time at the iHeartRadio Jingle Ball.

The second-annual concert is part of iHeartRadio’s recent foray into event programming. It’s essentially a variety show with some requisite yuletide signifiers (e.g., people dressed as Santa’s elves). The shortened version of the concert broadcasts nationally on CTV next weekend.

On Saturday, however, the show lurched along for close to six hours, with long stretches between performances where audiences were coached on how to dance and smile and drilled with cheering exercises in an attempt to procure the desired television optics. Presumably many attendees had got tickets through some kind of contest or giveaway, but anyone who paid the full price of admission ($200-plus) was essentially paying for the privilege to be an extra in a film shoot.

The writing was on the wall from the start, when the sound cut out immediately after presenter/TV personality Tyrone Edwards said “Welcome to the annual Jingle Ball.” As a plan B, we watched DJ Starting from Scratch spin tunes while light-diode bracelets placed at every chair emitted bright colours that concealed the swaths of empty seating throughout the arena.

The music finally got going with a performance by Guelph’s Virginia to Vegas, who launched his guitar into the crowd after playing two chords on it. The mood in the building felt jubilant and ecstatic, which was good, because another 45 minutes passed before the next act.

“I know you’re eating popcorn, but you’ve got to smile and cheer!” admonished Edwards, while the Jumbotron displayed audience shots. Elves handed out Santa hats, fired T-shirt guns and drilled us with cheers.

Eventually Clarkson introduced Noah Cyrus to wild applause and then had to reintroduce her after a quick backstage huddle. Cyrus’s high-energy set got the crowd fully stoked again. 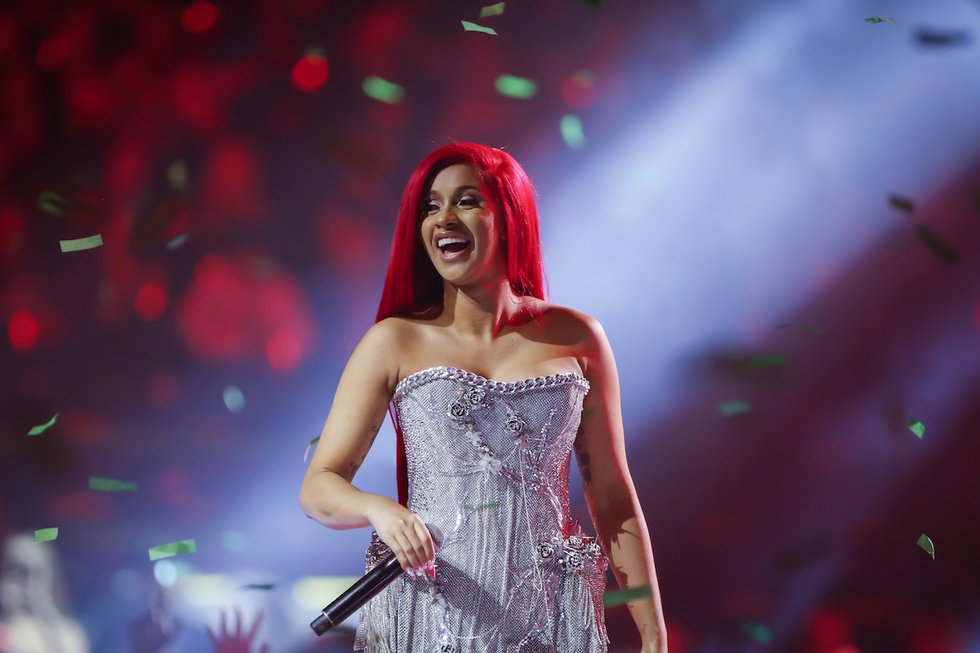 Clarkson then introduced Cardi B and the applause was deafening. No Cardi B though Edwards explained to the confused crowd that they needed to film these moments early in the evening while the energy was fresh. He threw to Ria Mae, who did indeed appear onstage.

After another lull, Jessie Reyez played an unaccompanied acoustic ballad that floored everyone and was the best display of musicianship up to that point by a long shot. She played one more song before Edwards cut back in, seemingly at the moment when she was owning the room. But we were more than two hours into the show and just about everyone was still waiting to perform.

With little to do between performances, Edwards did tons of heavy lifting with his remarkable charisma. In time, Fergie and Cardi B turned in flawless three-song sets. Fifth Harmony played an incredible set to rapturous applause, returning for an encore.

If anyone coasted on inexplicable star power, it was Post Malone, placed unfathomably high on the bill and who performed with the energy of a listless video store clerk unaware that he’d lost his job years ago. The set was mercifully short, and the crowd fatigue was offset by the mounting anticipation for the Backstreet Boys and Clarkson.

Despite technical difficulties, Clarkson, who was a trooper all night, steamrolled ahead, closing out her set with a deafening singalong of Since U Been Gone. Then the Backstreet Boys gave us 30 minutes of pure magic. They can still dance and sing as well as they could in their heyday, and their stage presence transcended the fact that they are Backstreet Men now. It was a transporting experience for even the most casual fan, a reminder of the pop paradigm they reigned over and their lasting influence on it a full two decades later.

If there was someone to blame for the mostly shit-show way this event unfolded, they were not identifiable. Everyone visibly involved seemed sincerely invested in having a great time. But iHeartRadio (formerly Clear Channel Entertainment) has a long history of telling its audience what they should listen to. And their past practices of hoovering up local radio stations across the continent, banning songs after 9/11 and using paid actors for their own call-in shows suggest that what makes money for them is what we should accept.

Are we well served by the how iHeartRadio bundles content and sells it to us? My aching backside says no.