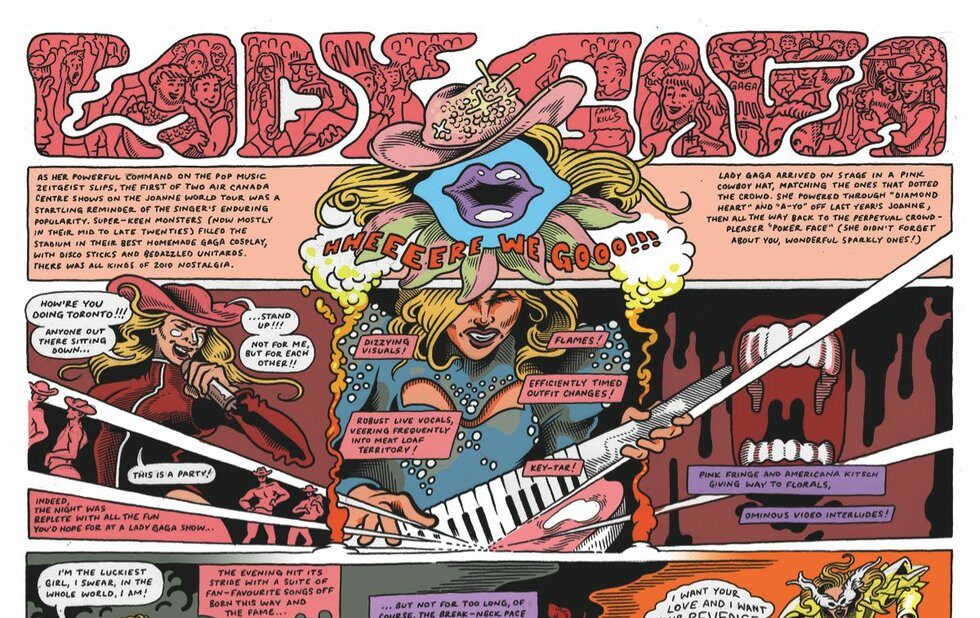 Lady Gaga has been in Toronto for a few days, first for two concerts as part of her Joanne World Tour and for the TIFF world premiere of Gaga: Five Foot Two, a Netflix-backed documentary about the making of her album. We were there on Wednesday, September 6 for the first of her two gigs at the Air Canada Centre, and rather than a run-of-the-mill concert review we sent cartoonist and illustrator Eric Kostiuk Williams to appraise the experience.

Check it out below. (Control-click or right click to pop out the image and zoom in.)