Wiser and more focused on the search for personal strength, the singer has become the patron saint of low-energy wallflowers with rich interior lives 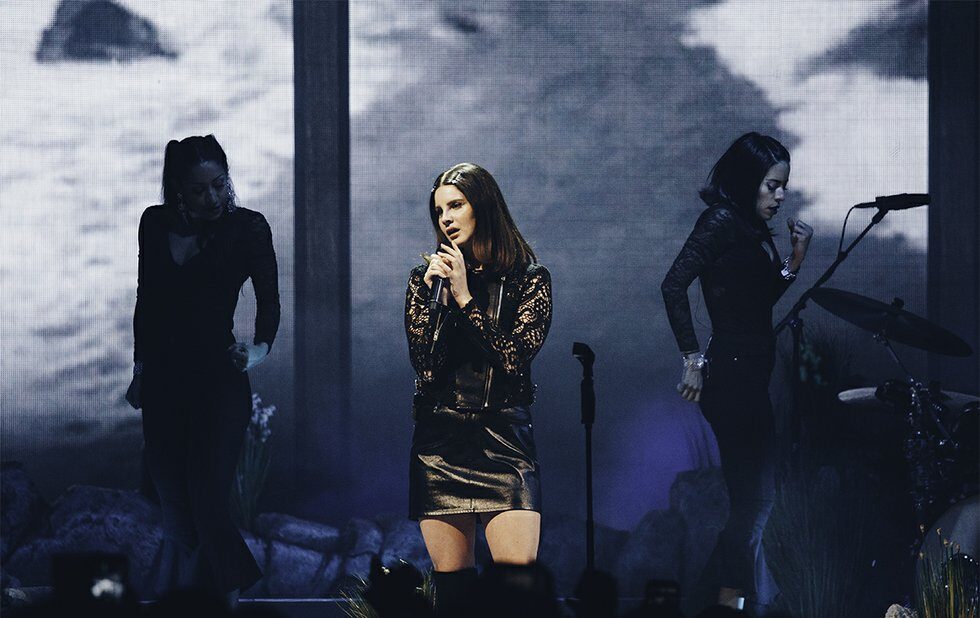 The last time Lana Del Rey played Toronto was summer 2015’s flower-crown-filled show at the Molson Amphitheatre. She returned Monday night to heavy snowfall and much larger digs at the Air Canada Centre, where the petals-to-hair count was more reserved but still strong, much like Del Rey herself. While the musician is visibly more confident in 2018, her live performance is understated.

Gently swaying in time with her two black-clad backup dancers, lying down, lounging on a beach chair, hanging on a swing, she’s the patron saint of low-energy wallflowers with rich interior lives. Wild and appreciative wildflowers – the screams in the ACC rose higher than the condos surrounding it. Any time she turned the mic toward the audience, thousands of voices roared back, like during the climax of fan favourite Ride, when Del Rey’s “I’m tired of feeling like” was met with a moving response of “I’m fucking crazy.”

Del Rey continued her Brooklyn-to-L.A. transformation on 2017’s Lust For Life as her larger-than-life persona traversed black beaches with a cigarette in one hand and some kind of fancy juice in the other. The songs muse on personal strength and revolution rather than previous records’ darker, more self-destructive narratives. She searches with a wiser, more open heart for that raw imperfect peace we can have with ourselves, and maybe the world, if we work for it. Once a devotee of patriotic kitsch, a flavour of Americana nostalgic for a free-wielding country that never was, Del Rey was changed by events surrounding the 2016 U.S. election, which her LA To The Moon tour makes clear. 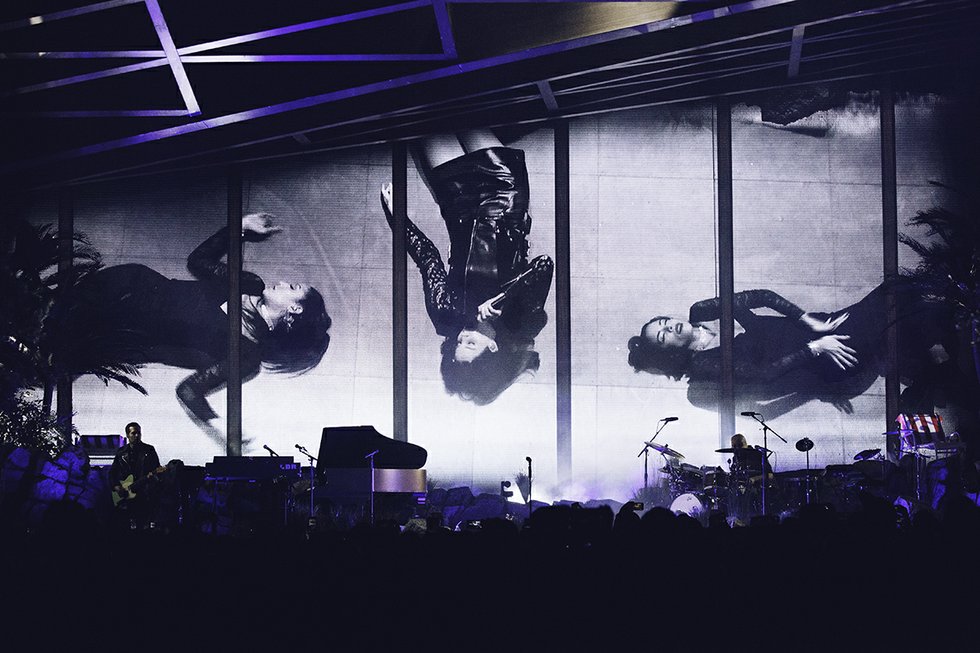 “They say only the good die young, that just ain’t right,” she breathed during Lust For Life’s romantic, mischievously sexy title track – on record, a duet with the Weeknd. From her raised, lounge-chair-adjacent perch in front of a projected Hollywood sign, Del Rey dashed any hope that Abel Tesfaye might for some reason be in his snowy, frozen hometown to join her. “It’s just us tonight.”

Yet she wasn’t quite alone. Hovering over her tour is the spectre of Radiohead’s copyright allegations against Lust For Life’s “manifesto” track, Get Free. The band’s publishers claim the song oversteps the border between coincidence or influence to “use musical elements found in the verses” of their 1993 breakout song, Creep. In a cheeky nod to the accusations, Del Rey eschewed said musical elements altogether by singing a portion of song a cappella, proud as ever of its posi-vibes message: “I never really noticed that I had to decide / to play someone’s game or live my own life / And now I do, I wanna move / Out of the black, into the blue.”

Vibes were anything but dark and dour, as Del Rey descended into the audience to sign autographs, pose for selfies and accept flowers. Glimpsing one couple proposing, she paused to lead the crowd in a “1, 2, 3, congratulations” before wishing the pair “the best of luck” in their future as she continues her journey from record to record, coast to coast, season to season. 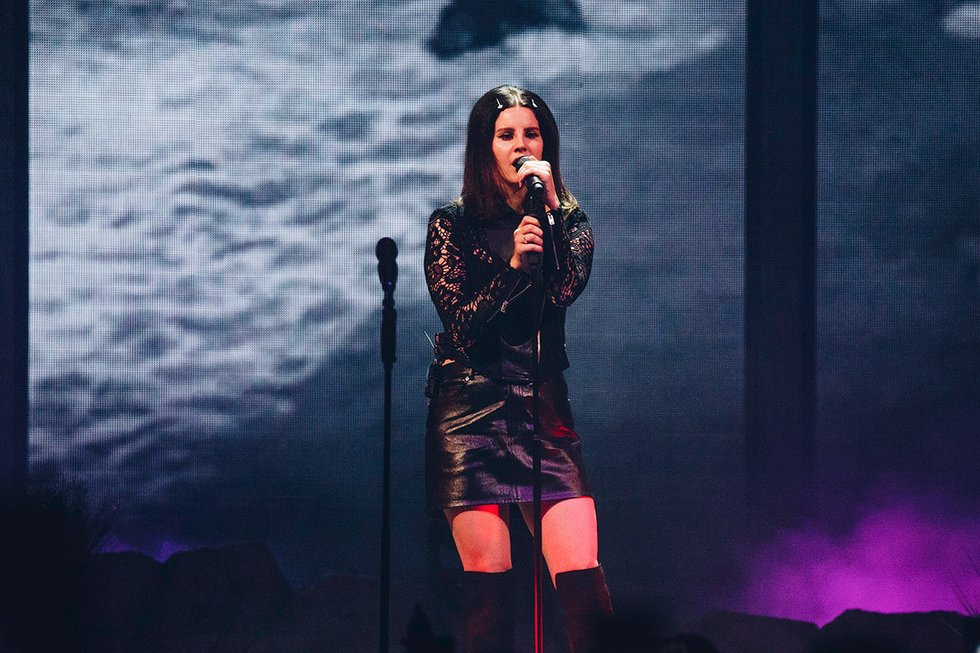