Lonely Parade are about to break out, and they showed why at the Baby G 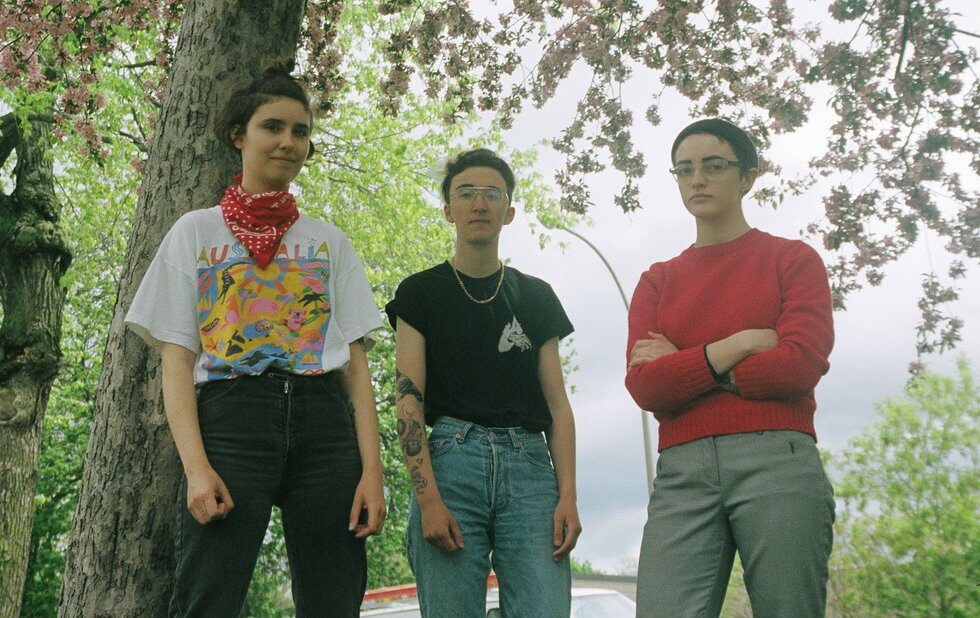 Lonely Parade are about to have a big fall season. The trio of 20-year-olds, originally from Peterborough and now based in both Montreal and Sudbury, have a brand new full-length called The Pits coming out via Buzz Records this September, then more touring. Although they seem like a band that never rests, last night’s show had a sense of culmination to it: the final show of their summer tour and their last before the new record comes out.

Their quietly triumphant energy dovetailed nicely with T-Rextasy, who are just a couple of shows into a six-week North American tour, timed to capture the excitement brewing around their first new recordings since 2016.

After a casually virtuosic set of genre-fusion from Toronto’s Mother Tongues, New York City’s T-Rextasy took over the room, ripping through pop-pastiche jams with such ferocity that it felt like weirdo aerobics. Clad in a cape and wielding a keytar, lead vocalist Lyris Faron kept a tight hold on the crowd, conjuring, contorting and flouncing all over the stage, animated by the band’s relentlessly melodic party-shredding. T-Rextasy’s songs fold toughness and softness together masterfully, and they control the stage with a restless rawk energy (call-and-response breakdowns, on-the-knees guitar soloing) that transcends both parody and sincerity. Likewise, their songs both celebrate and subvert a huge range of pop genres: when they abruptly veered from ride-or-die 60s mode into a full-on refrain of Britney Spears’s Toxic during the course of one song, no one was surprised, but everyone was blown away.

The feeling that it was getting late for a Tuesday evening was quickly swept away by Lonely Parade storming into Weekends, the first track off the upcoming LP. It sounded flawless and tremendous for 45 seconds, until guitarist Augusta Veno’s amp went dead and the song sputtered to a halt. While the band quickly recalibrated their stage setup, they talked to the crowd about a range of recent tour mishaps, everything from lost cymbals to roadside fast food purgatory.

But when you’re a great band, you are great even when you’re bruised and exhausted and your gear is failing – the way Lonely Parade shrugged off these difficulties spoke volumes about how much they are in control of this moment. As everyone will soon know when they hear the record, the new material that made up their brief but powerful set spoke for itself in terms of songcraft. But it’s another thing to see how well the band inhabits the songs, an incredible chemistry that both reconciles and makes space for three strong personalities.

With a drive to Peterborough still ahead of them, the band wrapped up after seven songs and left everybody with a vestigial summer night buzz. The new songs are loud, driving and distorted, more so than the band’s previous output, but what feels truly thrilling and exceptional is that it’s not gear or production or impeccable technique that conveys their massiveness – it’s an inarticulable thing, the whatever-it-is that only Lonely Parade can do that absolutely nobody else can.