At Harbourfront Centre, the show united secular and sacred traditions in a one-day festival filled with special moments 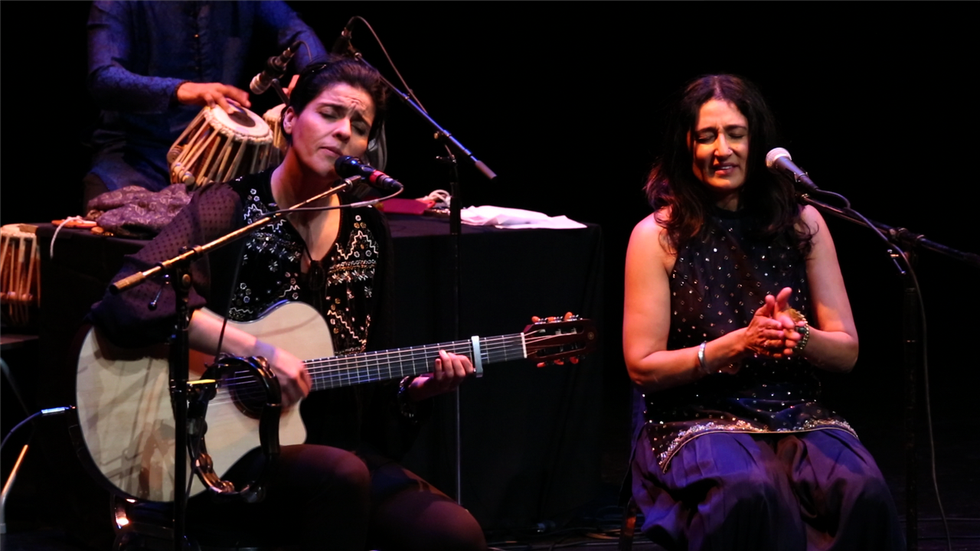 Relentless freezing rain and sheets of styrofoam-stiff snow were not enough to stop the “small but brave” crowd, in the words of Small World Music Society founder Alan Davis, from heading out to see LOVEfest at Harbourfront Centre Theatre on Saturday. From the minute the show began, the spring snowstorm appeared to be forgotten by the engaged, celebratory crowd.

Kiran Ahluwalia created the touring showcase to bring light to the “Sikh and Islamic arts rarely seen in the West or outside places of worship,” as well as to be a cultural bridge that “welcomes the stranger.” The two-hour intermission-less show was part of Small World’s Asian Music Series celebrating Asian and South Asian heritage throughout April.

What could have felt like a hodgepodge of acts thrown together was instead an intricately curated, well-planned event, with each act building off one another.

The first performer, Egypt’s Yasser Darwish, lit up the stage, literally and figuratively, in a multi-layer garb illuminated with tiny lights and which transformed into cylinder shapes as he danced the Tanoura Whirling Dervish, a secular Sufi spinning dance that involves non-stop spinning. It was a beautiful entrance. 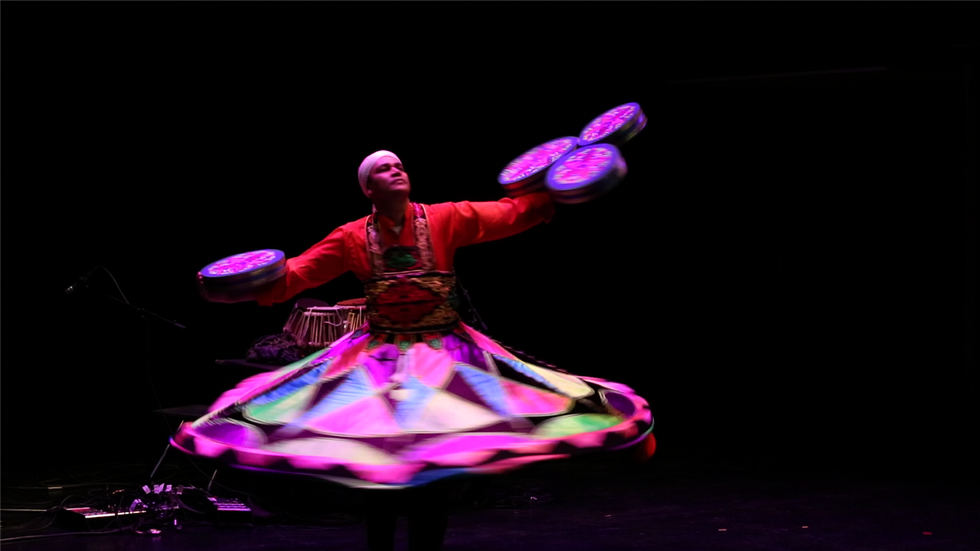 Next, Bhai Kabal Singh sat under the honey-lit stage lights, beautifully playing Shabad Kirtan (spiritual Sikh songs). Shabad is a devotional and communal-style of singing, and an integral part of Sikh worship. It was an honour for Sikhs and non-Sikhs to be welcomed into the healing, spiritual moment it represents – bringing the talents of sacred artists alongside secular musicians. It was the first and only time that night the audience remained completely silent.

Algerian/Canadian Souad Massi, revered for her often political music (which saw her leave Algeria to reside in France after receiving negative backlash for her work), took the stage with her stellar band. Her songs infuse rock with folk and Latin flourishes and had the audience swaying. Her cool, collected presence was contrasted by her virtuoso percussionist, who performed a thrilling, epic solo that left even Massi in awe.

Ahluwalia took the stage last. Charismatic, joyful and carefree, she has undeniable star power. Playing songs from her new album, 7 Billion (out now on Six Degrees), she and her cross-cultural band are one of the best examples of the new Canadian sound. Thanks to things like the addition of an accordion player, her music feels modern and crosses genres – jazz, soul, traditional Indian sounds, language, and so much more. Ahluwalia and her band also draw from Indian folk stories, as on We Sinful Women, a poem by an Urdu Pakistani feminist poet, recomposed by Kiran to bring an ancient story into the present.

Ahluwalia danced – a fun mix of Indian flourishes and club moves – along to many of her songs, yet it was when she stood still and simply sang that it felt impossible not to be moved. On the song Saat, she cupped her mouth and slowly stepped away from the mic, her voice fading away hauntingly. It induced chills.

LOVEfest ended as Massi and her band joined Ahluwalia onstage, while Darwish danced around them.

A charming ending to a powerful night.