Lydia Ainsworth shows off pop-star chops at the Garrison 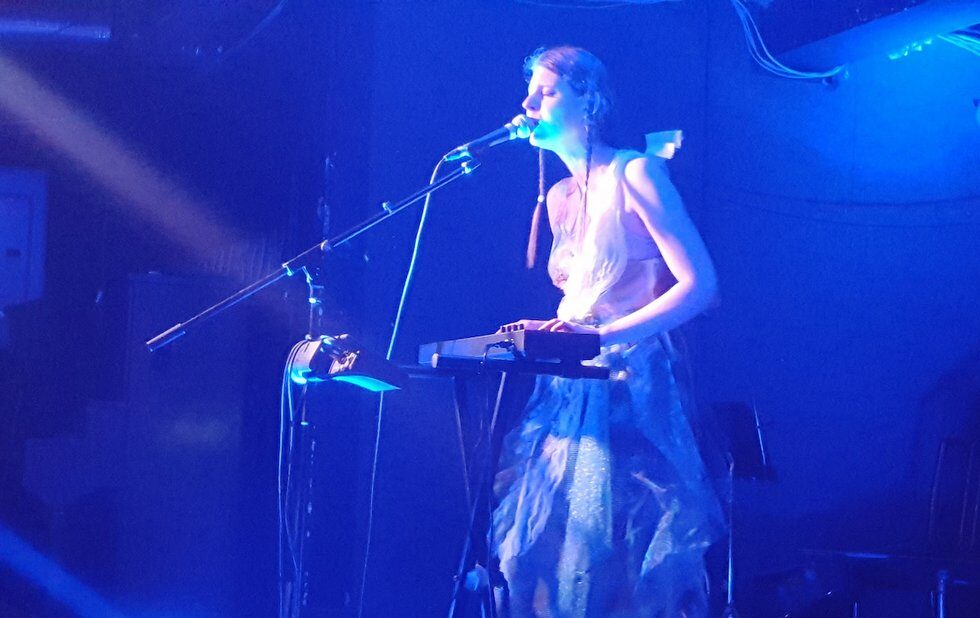 Lydia Ainsworth’s music has been tagged as indie pop, chamber pop and experimental, but watching her pristine-sounding live show at the Garrison it’s clear she is really good at straight-up pop.

Though from Toronto, the hometown stop on a tour in support of her second album, Darling Of The Afterglow, initially felt more low-key than momentous. The Garrison slowly filled up prior to her 10 pm start time, but the robust electronic production – accented by a percussionist and cellist – and her mellifluous voice soon filled out the room.

Opening with The Road, Ainsworth played much of the new album in sequence and finished with her cover of Chris Isaak’s Wicked Game. She had an easy and unassuming confidence about her on stage, moving between songs briskly with little more than a “thank you.” Her hushed register recalled a delicacy of Kylie Minogue, and her voice was amplified by harmonies on backing tracks. Like a  true pop star, she recreated the album to a tee.

The songs are ostensibly about love, but she sang with a kind of literary precision and poise that made them seem more surreal than sentimental. Her dramatic flair also came through in costumes and dancers. She dressed in a shimmering and translucent green, fairy-like dress with a white sash that looked homemade, while her bandmates sported black hooded robes. So did two interpretive dancers that emerged early in the set to articulate the things that only interpretive dancers can articulate. A few fans in the front row got into the spirit, aping the movements and cradling themselves longingly during the slower numbers.

Given her beautiful sound and fun sense of theatricality, let’s hope she is able to scale up the next time she swings back through town.