Red Bull Sound Select’s 3 Days In Toronto festival kicked off with soulful sets from Majid Jordan, dsvn, Allie and others 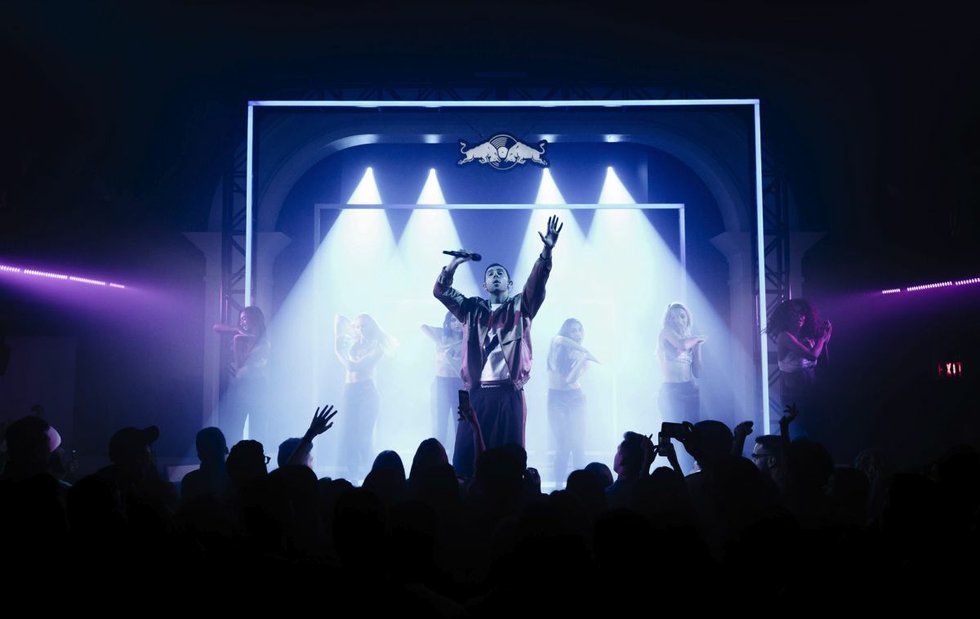 As trance-inducing synth diffused through their headlining set, Majid Jordan singer Majid Al Maskati mused about the plight of immigrants.

He described feeling like an outsider when his family first moved to Toronto, but the steady roar radiating from the sold-out crowd at the Great Hall suggested that things have changed. For Majid, his partner, Jordan Ullman, and all of the acts on night one of Red Bull Sound Select’s 3 Days In Toronto micro-festival, the city has both welcomed them and propelled them to the forefront of the buzzy electronic R&B genre.

Red Bull Bass Camp alum Chris LaRocca started the show promptly downstairs in Longboat Hall after an initial DJ set by Dre Ngozi and Nino Brown. He hushed the noisy crowd with his dreamy falsetto and swapped piano for guitar just as seamlessly as he switched from his heavenly head voice to a confident belt.

Almost immediately after LaRocca’s final strum, Ngozi and Brown resumed the high-energy B2B that guests grooved to as they’d poured in. The pair were clearly emulating the energy of their own non-stop sweat session party, Yes Yes Y’all, by mixing dancehall and Afrobeats with rap and R&B classics. Weaving the evening together, the soundtrack served as an authentic reflection of the city’s vast musical mosaic.

It also got everyone dancing before Allie arrived onstage, barefoot and bathed in blue light. She flowed over ethereal, electronic beats, unfazed by brief sound blunders, then capped her Nightshade-driven set with breakup anthem The Reminder, which she dedicated to “fuckboys of the past.”

While the stage was being stripped, a mysterious voice prompted guests to move upstairs for the evening’s finale. We all piled into the main hall to find a bigger stage with a minimal set, all ready for Majid Jordan. Once Ngozi and Brown wrapped their final and best set, the darlings from Drake’s OVO Sound label strolled onstage to thunderous applause.

Majid wore an outfit pulled from his impressive tracksuit collection, while Jordan showed off his cobalt dye job. The duo’s set list heavily reflected their upcoming album, The Space Between, set for release next week on October 27, but the crowd still sang along to every word.

Halfway through My Imagination, Daniel Daley, one half of dvsn, burst onstage to shrieks from the audience. Majid and Daley’s distinct tones simultaneously showed off their impressive vocal ranges, each tapping into their falsettos with ease.

After dvsn serenaded the crowd, Majid Jordan welcomed dancers from the Canada’s National Ballet School for the end of their set. The National Ballet of Canada’s Siphesihle November provided sultry choreography and it perfectly suited the moody performance.

The members of Majid Jordan embraced before reflecting on how far they’ve come. Toronto has come a long way, too. With the meteoric ascendence of OVO and the steady come-up of promising locals acts, it suddenly feels as though the city is at the forefront of international R&B. It was refreshing to be in an environment that celebrated that.