Reflecting on 123 years of Massey Hall

A CanCon celebration featuring Jim Cuddy, Buffy Sainte-Marie, Joel Plaskett and others got us thinking about the venue's past, present and future 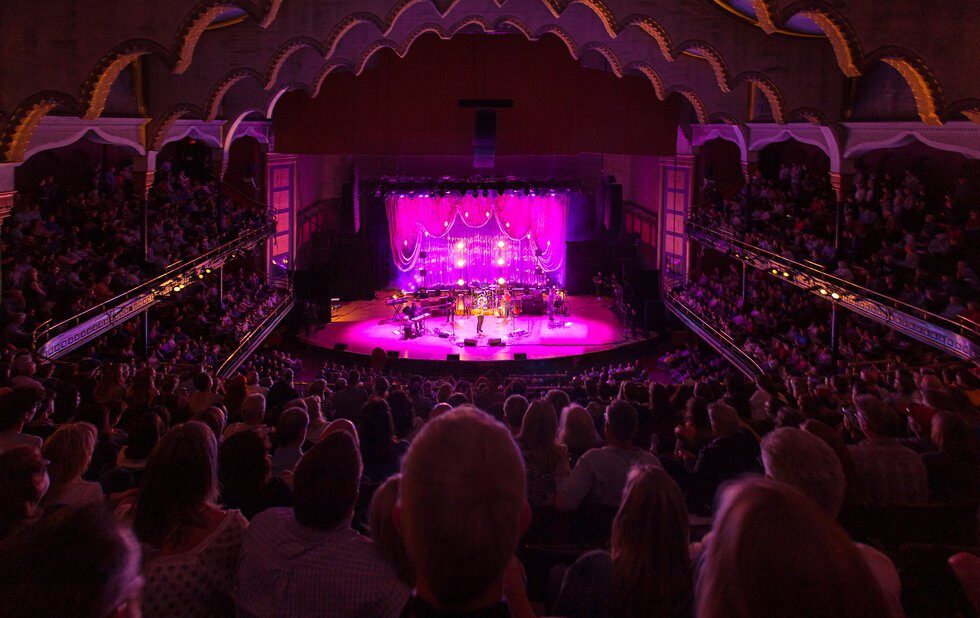 Time is ticking on Toronto’s oldest music venue, but before it closes for two years for the final phase of its $142 million renovation, there’s still time to send Massey Hall off in grand fashion. That’s already planned, with three nights by Gordon Lightfoot from June 29 to July 1. But the concert hall managed to squeeze in one more farewell before then: a CanCon-studded variety show on its 124th birthday – Massey Hall Day, as John Tory declared it the morning of.

The format was a familiar one for the Victoria Street institution. Whitehorse started the night off with a few of their genre-stretching roots-rock tunes and then stayed onstage as the house band to accompany a carousel of singer/songwriters who are no stranger to the venerable stage. That meant learning 25 or 26 songs (by Sam Roberts’s count), and they handled it like the professionals they are. It helps that the married core of the band have both been side-players for other artists. 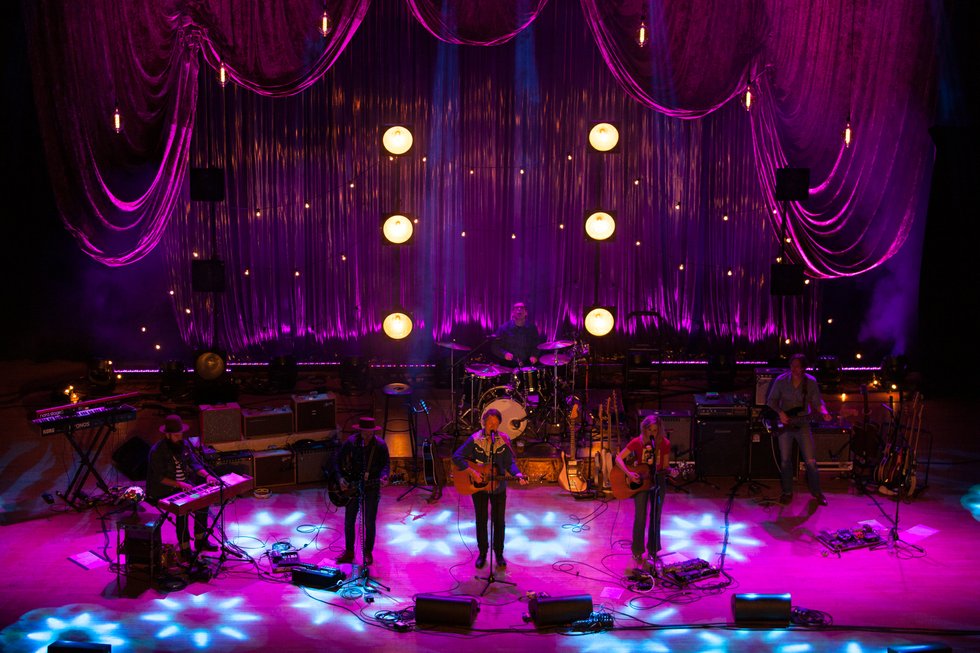 Luke Doucet’s well-honed guitar chops were palpable, and though he mostly played in service of others’ songs, he got one massive solo with Jim Cuddy toward the end of the night. Melissa McClelland, meanwhile, showed herself to be a versatile vocalist, seamlessly blending and harmonizing with Buffy Sainte-Marie as well as she did with Sarah Harmer.

Jim Cuddy has played there maybe 40 times between Blue Rodeo and solo projects and knows how to work that crowd seamlessly, singing songs about the city’s secret skyscraper soul and getting the audience to dance in the aisles. 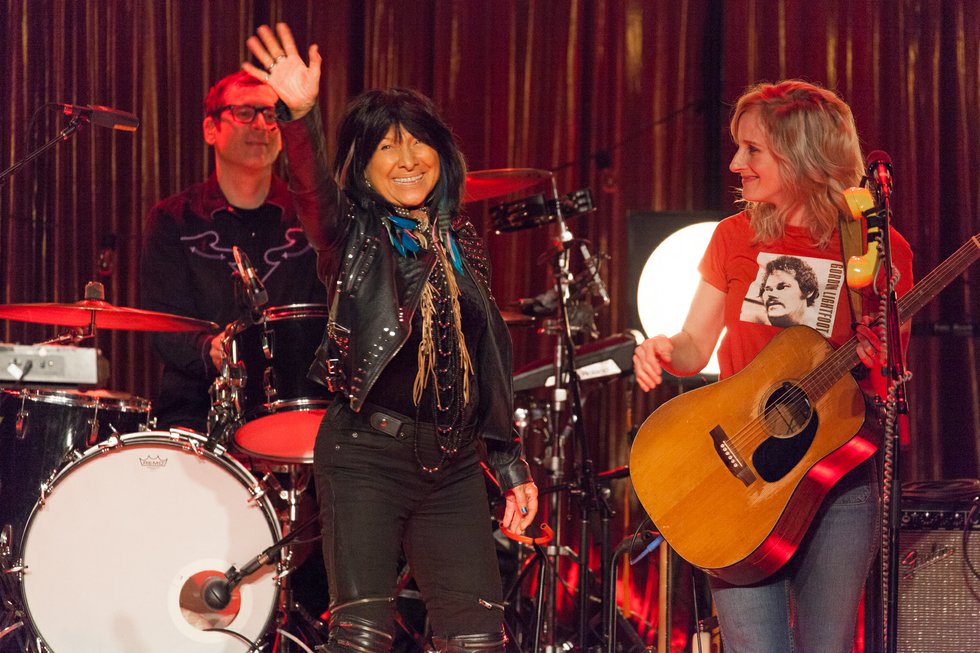 Sainte-Marie, at 75, brought more energy than anyone else onstage with her inspirational You’ve Got To Run (Spirit Of The Wind) and fiery protest song The War Racket. Both are relatively new ones for the folk legend, but she brought us back for a singalong version of Up Where We Belong, which won her an Oscar. “And I didn’t even have to sing the damn thing!” she quipped, of the Joe Cocker/Jennifer Warnes duet. 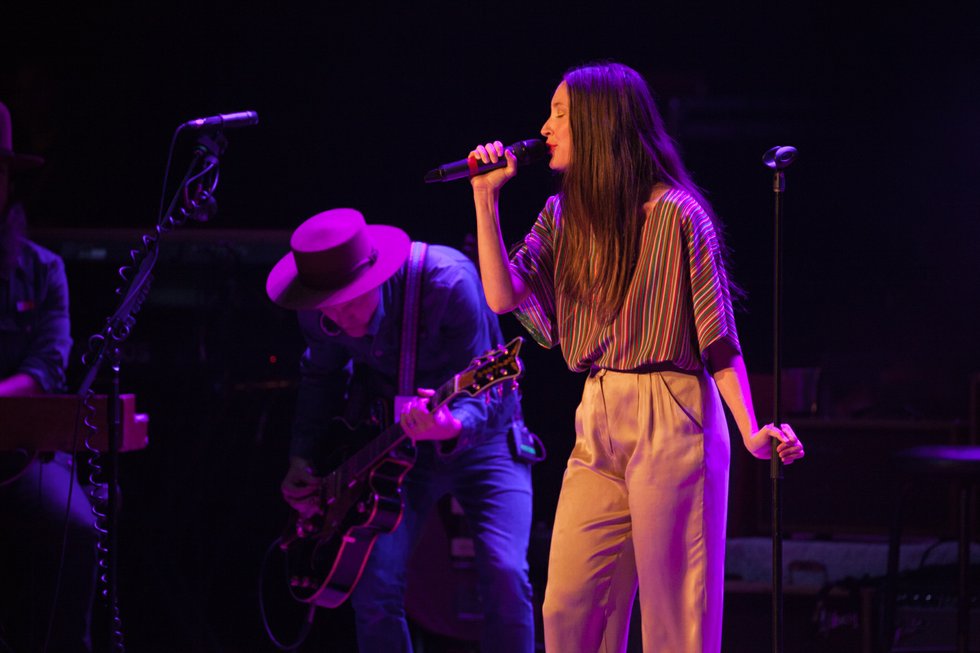 Peter Dreimanis and Leah Fay from July Talk were wise to add some variety to the night by avoiding their own songs – after three nights at Massey in their “graduation” shows last year, they joked that the venue was tired of them – instead playing unexpected, well-chosen covers of Chad VanGaalen’s Shave My Pussy and Sharon Van Etten’s Every Time The Sun Comes Up. Both have likely been played there before, but they’re not the songs you expect to hear at Massey, and the pair’s gruff/sweet vocal interplay lent them appropriate gravitas. 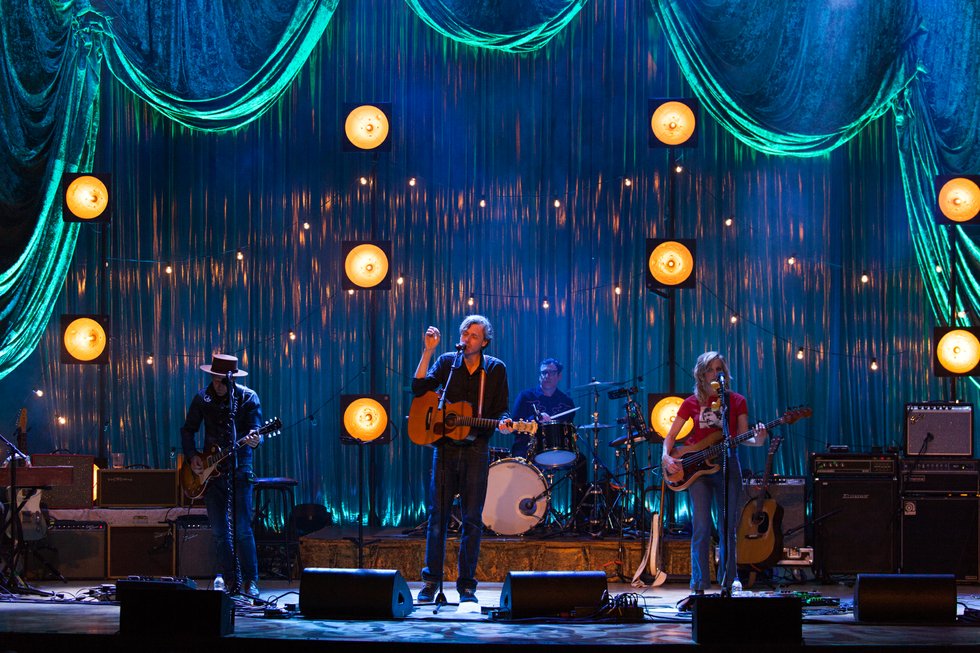 Joel Plaskett, meanwhile, brought humour and charm, adding spoken words to a portion of Love This Town that eulogized his late friend Tim “Miniature Tim” Stewart, who once surprised him on the stage in 2009. “Let’s rip it up one last time before they renovate the joint,” he ad-libbed, eliciting a big cheer before the singalong chorus. 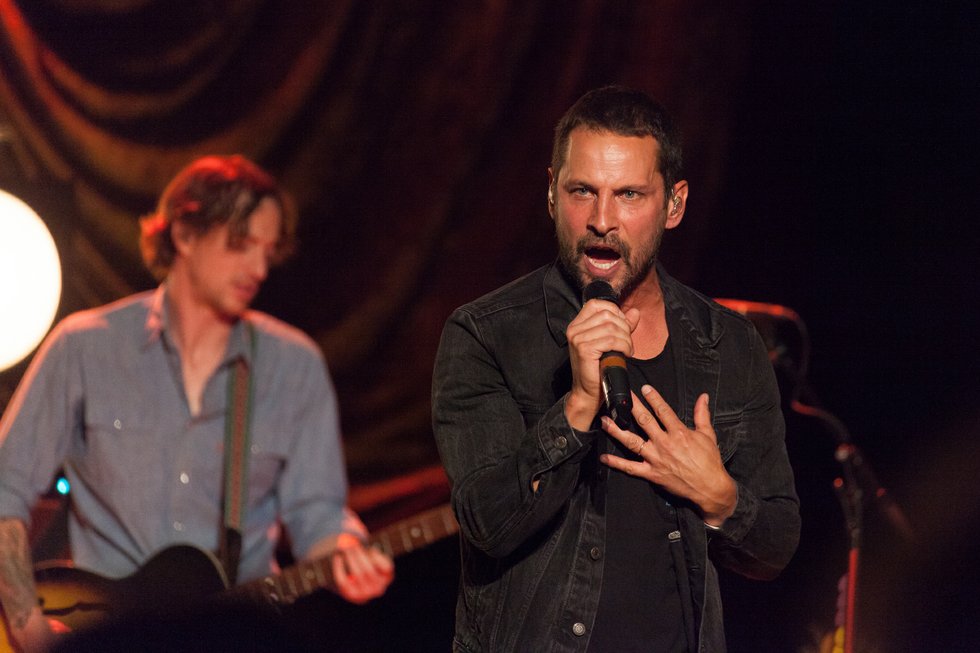 Sam Roberts, later, activated the audience with Don’t Walk Away Eileen and Brother Down – two songs that, if you grew up watching MuchMusic at the turn of the millennium, love it or hate it, are probably part of your subconscious.

That goes for the two encore covers that brought everyone back onstage for a confetti-dropping showstopper: the Tragically Hip’s Wheat Kings and Neil Young’s Ohio. Young and Gord Downie are the names most often evoked when you think of the hallowed hall, but it’s also worth remembering that the rootsy, folky, CBC and hockey-laced idea is a myopic one, both of the concert hall and of Canadiana in general – an idea that often leaves out the diversity of what it means to be Canadian. 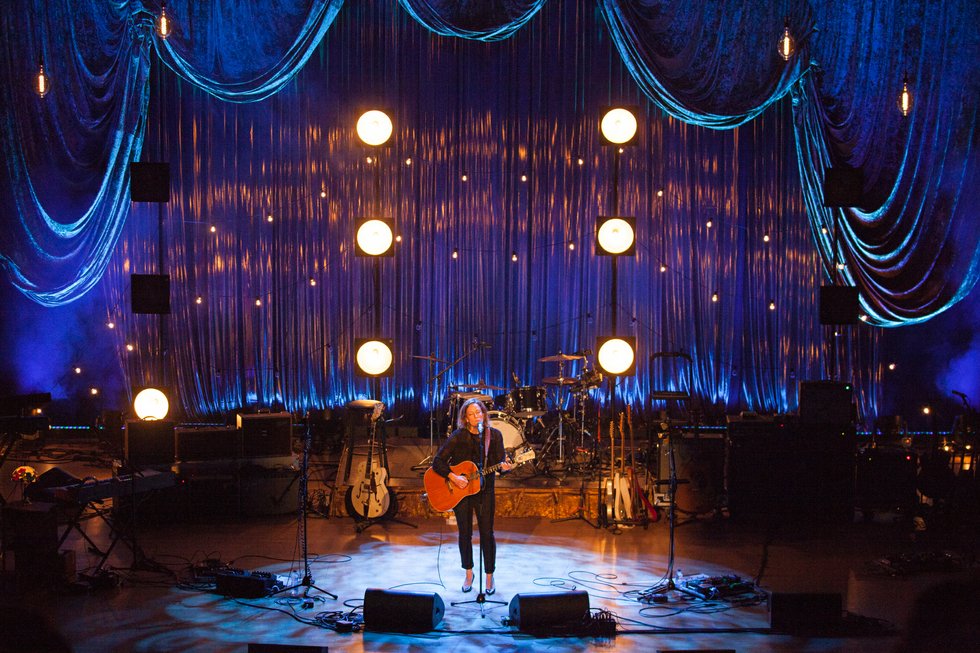 Massey Hall’s legacy stretches far beyond its folk heroes – the Gords (Downie and Lightfoot), Uncle Neil, Joni and Lenny. It’s got grace and grandeur and a sense of occasion, but it was also built for the people, and its identity has come from the people who’ve filled it over the years. And that goes beyond jazz and classical, beyond music itself. Harmer reminded us of that as she introduced a song by harkening back to a 1919 lecture at Massey Hall by the suffragette pioneer Nellie McClung. It’s seen history play out in its walls, and the “ghosts in the room who will outlive us all,” as Cuddy put it, traverse the history of the city itself – a city that is often too cavalier with its institutions.

Make no mistake, Massey Hall needs this renovation. It was built in a Victorian age before amplification, air conditioning and even the bare minimum of accessibility. But like an old ballpark, part of its character is its imperfections – its obstructed seating behind poles, its 100-year-old seats with screws loose, its crumbling walls. 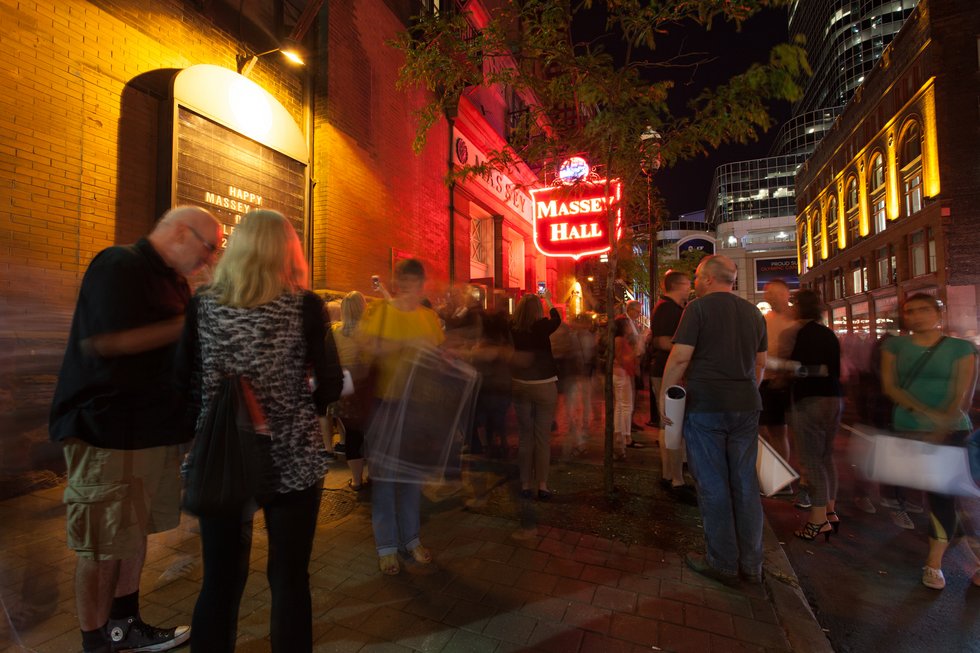 When the front seats become retractable and the acoustics tweaked, there will also hopefully be more room for heavy music, hip-hop and beat-driven sounds. And the new venues-within-the-venue will allow for different kinds of artists to develop before they’re ready for the main hall. It’s easy to become protective of heritage while forgetting that heritage is not a static thing. It’s also easy to worry about legacy in a city that never stops reconstructing itself, often scrubbing away its soul while sanitizing its grit.

That will be the challenge for this expensive renovation – preserving Massey’s history while welcoming in new generations who might not remember it. The venue was built for everyone and, if successful, will continue to be for another 124 years.