Tavares has left the band, but he's got a collaborative album with saxophonist Whitty on its way – and they played a fully improvised jazz set at Piano Fest to tease it 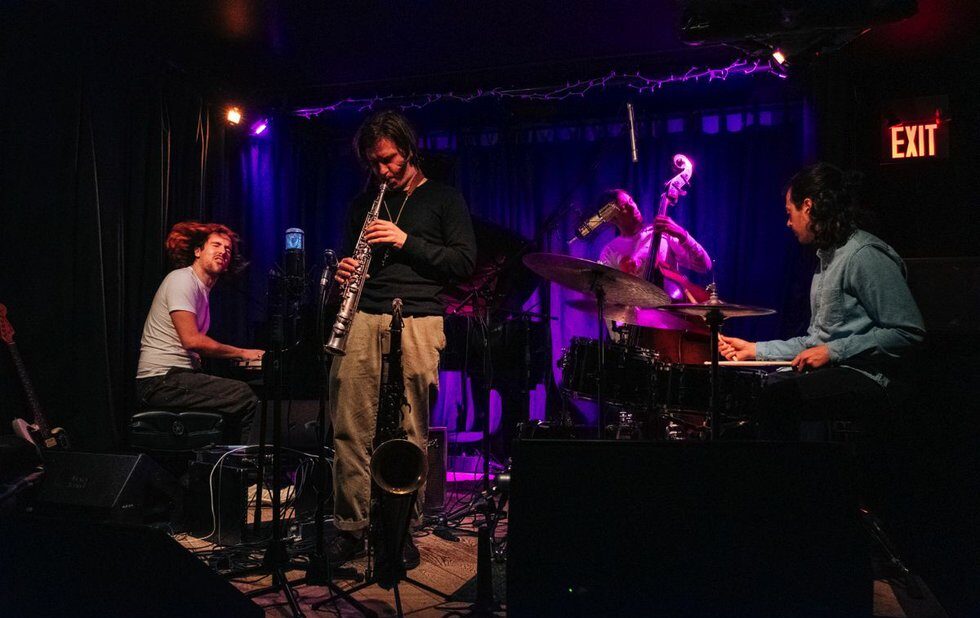 Matthew Tavares officially left BadBadNotGood last October, but that hasn’t kept him away from his old bandmates. He first teased an album with BBNG sax-man Leland Whitty two weeks after announcing his departure, and the two teamed up for a full performance Sunday night. Joining them were double bassist Julian Anderson-Bowes and drummer Matt Chalmers, all crowded onto a stage so small that Chalmers’s stool often looked like it was in danger of slipping off.

The show was part of Burdock’s Piano Fest, the brewery and music hall’s annual ode to all 88 keys. The festival is perfectly suited to the low-key, intimate room and the slow concert season, like an unplugged series but with piano instead of acoustic guitar. (I saw Jeremy Dutcher play a masterful solo concert there in 2018, just before he broke.) And it fit Tavares and Whitty, whose performance was spontaneous and relaxed – and, though they have an album coming out together in March, 100 per cent improvised. 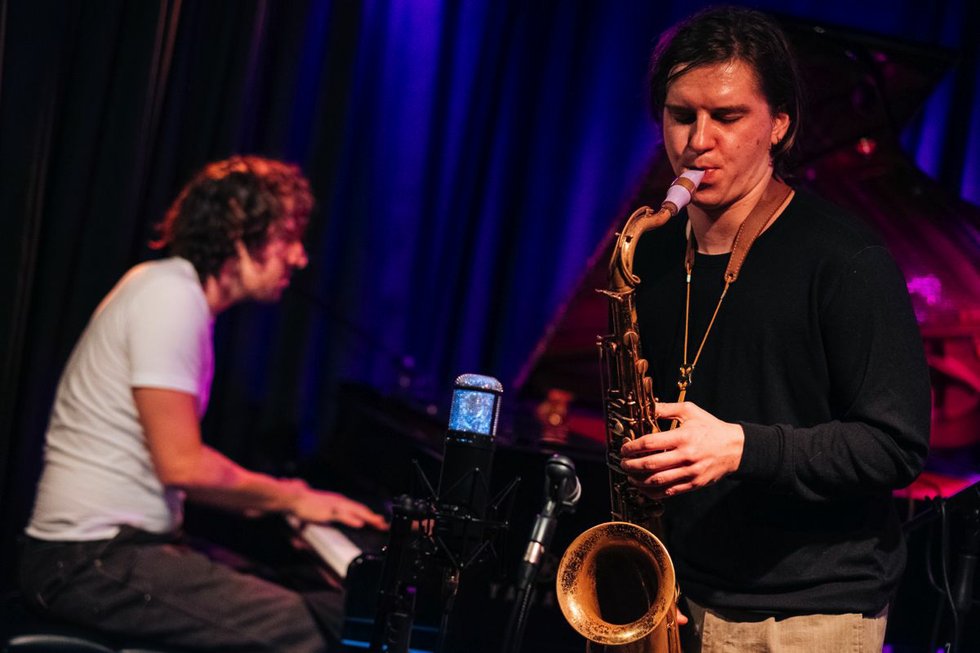 So yes, this was a full-on jazz show. Not surprising if you know BBNG’s history as a group of Humber jazz students, but the band has recently strayed from its origins, riffing on hip-hop beats to go in a more song-oriented indie/psych/lounge direction, while also becoming a go-to backing band in studio and onstage for rappers and R&B artists like Ghostface Killah, Shay Lia, Daniel Caesar and Kendrick Lamar. Things aren’t so casual anymore – the trio are playing Coachella this spring.

Since leaving the band, Tavares has mostly focused on his solo project, Matty, and released the lush psych-pop album Déjàvu in 2018. He’s also spent some time behind the scenes with Toronto super-producer Frank Dukes, ending up with unsung cameos on songs by artists as big as Taylor Swift and Camila Cabello. But this show was a chance to return to his roots as a jazz pianist, even if he still carries some of the spirit that got kids moshing at their early shows.

He showed off his full versatility, slowly tickling the ivories and building up frenzied top-of-the-keyboard excursions and big chord smashes while whipping his hair back and forth like it was a metal show. Whitty, meanwhile, alternated between tenor and soprano sax, blowing hypnotic circular patterns and skronking out wildly. There were a ton of dynamics built into their long compositions, with slow-build ambience and chaotic jamming and moments for semi-structured harmony, locked-in grooves and fully out-there cacophony. 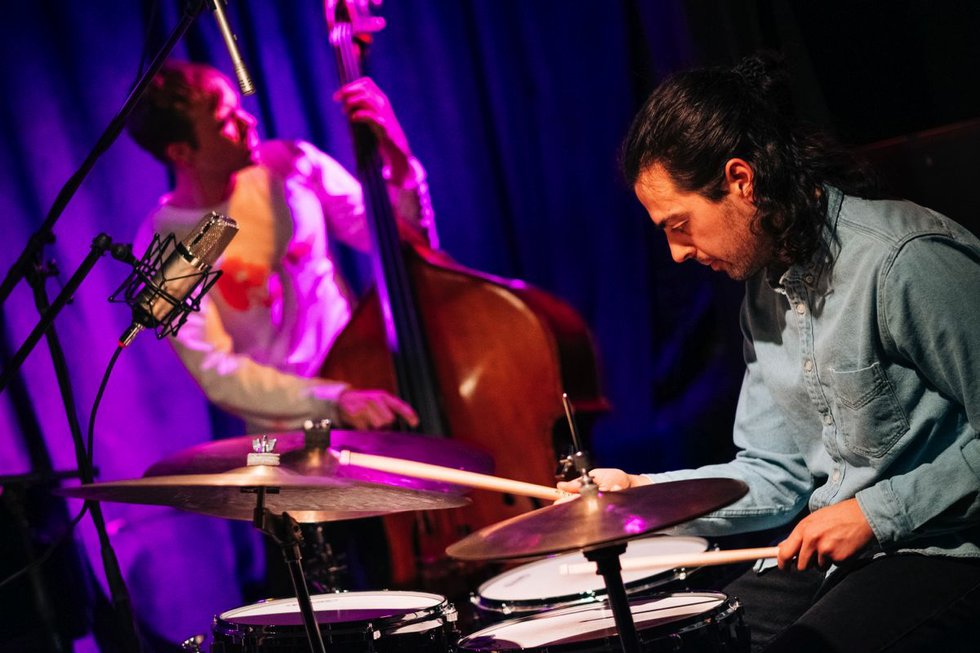 For all their history making other artists sound good, these guys can really play, and they showed it here. Chalmers and Anderson-Bowes got their chances to shine too, with Chalmers building from slow-brush hits and subtle cymbal work to beating the crap out of his toms. Anderson-Bowes laid down grooves and bowed out melodies, sometimes scraping the strings with abandon.

About halfway through the set, Tavares pulled out his electric guitar, briefly pushing away from the instrument at the heart of the festival. “This is a song called Smells Like Teen Spirit,” he joked. 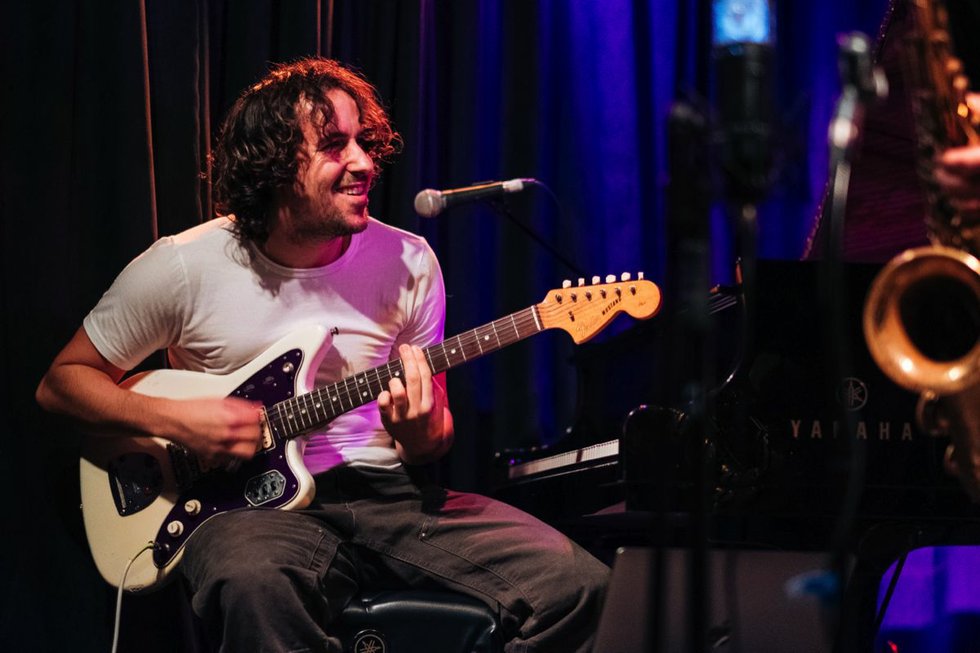 It wasn’t quite the distorted bar chord sequences of Kurt Cobain, but Tavares did let his rock-star tendencies slip out, riffing heavily between vibrato-heavy picking and post-rock textures. It was when he had his guitar that things got the loudest – an intriguing mix of avant-garde jazz and heavy instrumental soul that hopefully signals the direction of the Tavares and Whitty’s upcoming album.

Considering it was all improvised, the concert wasn’t as much of a preview of the duo’s new album as you may have hoped, but you still might get to hear it. Turns out the laptop sitting between Tavares and Whitty was recording the whole thing. “Maybe we’ll put it online,” Tavares said before they left the stage.