After a tough year, M.I.A. comes back through Toronto 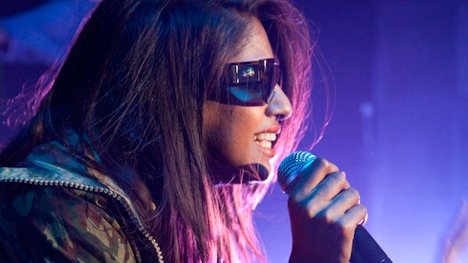 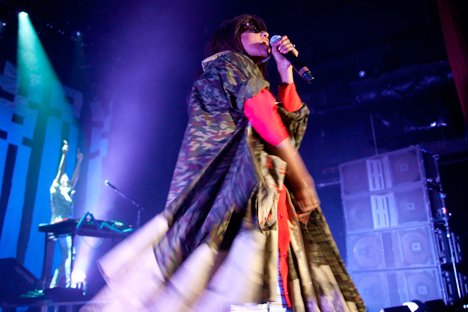 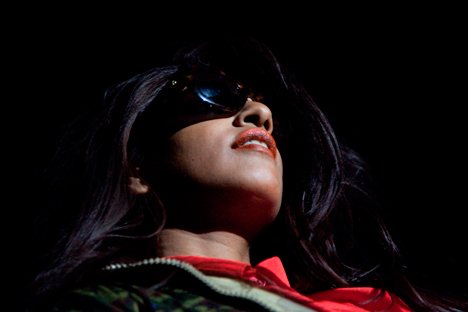 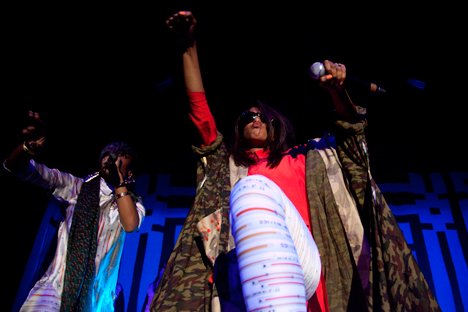 It hasn’t exactly been smooth sailing for MIA this year.

Cred-shooting newspaper articles, critically-panned new album, a grim off-putting video, and even noticeably light attendance at Sound Academy for her first Toronto show since 2008, could this fall tour, her first this year, right MIA’s unsteady ship?

After the lights dimmed and excitement surged, MIA’s DJ informed us the electro-pop provocateur was “on her way,” which could either mean from the dressing room or the airport, but in this case proved somewhere in between. For about 20 minutes we, as per the DJ’s instruction, “vibed out” until MIA pounced the stage behind thick Dior shades, clocked in robes and to the sound of beat-stabbing opener Illygirl.

With her sidekick backing vocalist, aforementioned DJ, two boy dancers and three silent burka-clad backups, whose function would remain a question mark throughout the 70-minute performance, MIA shuffled and danced through the show’s first half with an air of disinterest as she served up past faves Bamboo Banger and Bucky Done Gun.

The Tamil-bred singer, who tweeted after the concert she had purchased the website 4thepeopleontheboat.com in Canada, stripped off some layers, revealing her “Fuck Google, Ask Me!” t-shirt, and picked it up with new songs XXXO and Born Free. However leaving without playing super-hit Paper Planes made the encore, which she took some sweet time returning for, even more predictable than necessary.

Similar to her past Toronto performances, MIA flooded the stage with dancing fans during the finale, Boyz, leaving you with a somewhat misleading image of a chaotic party atmosphere.