Review: Morrissey breaks his boycott with his first Toronto show in 15 years

The legendary singer was as thorny and complicated as ever, with references to Faith Goldy, Marrissa Shen and his own mental health 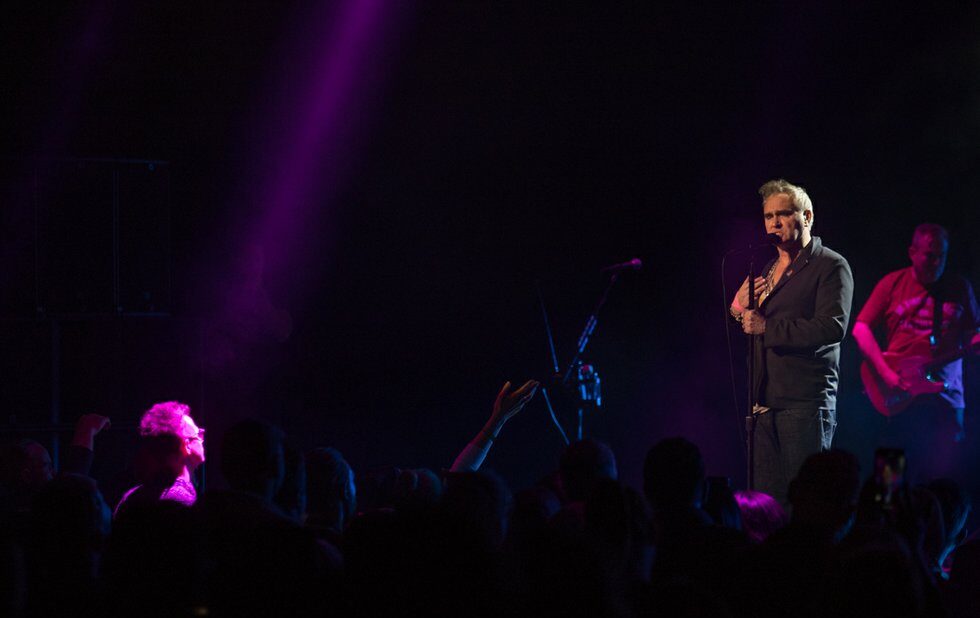 Morrissey returned to Toronto for the first time in over 15 years this weekend, ending his seal hunt-related boycott against Canada with a tour that included two sold-out shows at the Sony Centre. The announcement came as a surprise to his Canadian fans, who, knowing the stubborn singer all too well, had become accustomed to travelling south of the border to see him live.

Ironically, the former Smiths singer’s boycott has also been turned back on him, with many people debating online whether or not to attend the concert at all. I was unsure myself. Morrissey postponed some of the early dates on this tour, and after publicly confronting my own obsessive fandom in an article titled Why I’m Breaking Up With Morrissey last April, I was secretly hoping Toronto would be added to that list.

I attended the first of the two concerts, and what should have been a reunion with a long lost love felt more like the potential nauseating unwanted run-in with an ex. GIven the exhaustive history of Morrissey’s public missteps – which has recently included racist statements and defenses of Brexit and Kevin Spacey, among other things – this particular reunion featured a hell of a lot of unresolved baggage.

Outside the venue, animal rights activists loomed in every direction bearing petitions, which many supporters enthusiastically signed. Inside, various groups, like Toronto Pig Save, set up booths with information, and animal rights activists like Anita Kranjc were also in attendance. It made the context of Morrissey’s boycott unavoidable, but despite all the anxiety and drama surrounding the show, spirits seemed high.

There was no opener. Instead, we waited eagerly through a collection of videos of the New York Dolls, The Ramones and Patti Smith until the man himself finally arrived in darkness with his five-piece band in tow, including original bassist, guitarist and co-writer Boz Boorer. 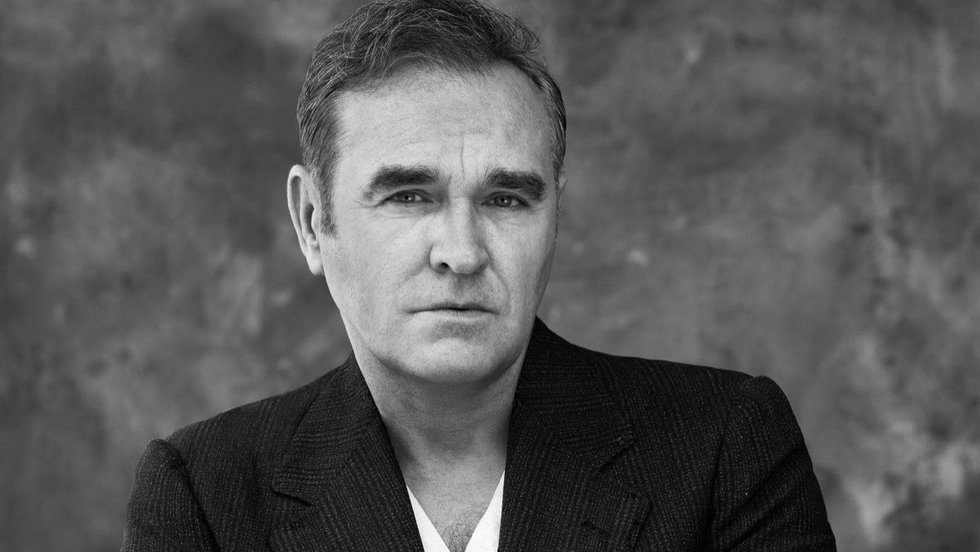 In top vocal form, and in apparent physical fitness (despite recent health-related cancellations), Morrissey began with a brief and hilarious a cappella excerpt from Céline Dion’s My Heart Will Go On. From there, he wasted no time launching into his 1988 debut solo single, Suedehead. It was a cathartic opener, cracking through the tension, with many fans singing along and embracing, lads smashing beers together and loner nerds singing along with equal enthusiasm. Moz’s apocalyptic world view seems more relevant than ever, and his setlist felt like it was shaped around the general political duress to which we are all captive.

He kept banter to an uncharacteristic minimum, and loaded the set with fan favourites like Hairdresser On Fire, notably altering lyrics to amp up the levels of bitchiness, as if he’d watched one too many episodes of Drag Race. It was also the first song in which he addressed his own struggle with depression, changing the line “You are repressed, but you’re remarkably dressed” to  “I am depressed, but I’m remarkably dressed.”

Regardless, the band sounded thunderous as they ripped through the set, accompanied by an over-the-top light show. There was even a ridiculous smoke machine moment, which filled the entire theatre after the singer asked “does anyone mind if I smoke?” 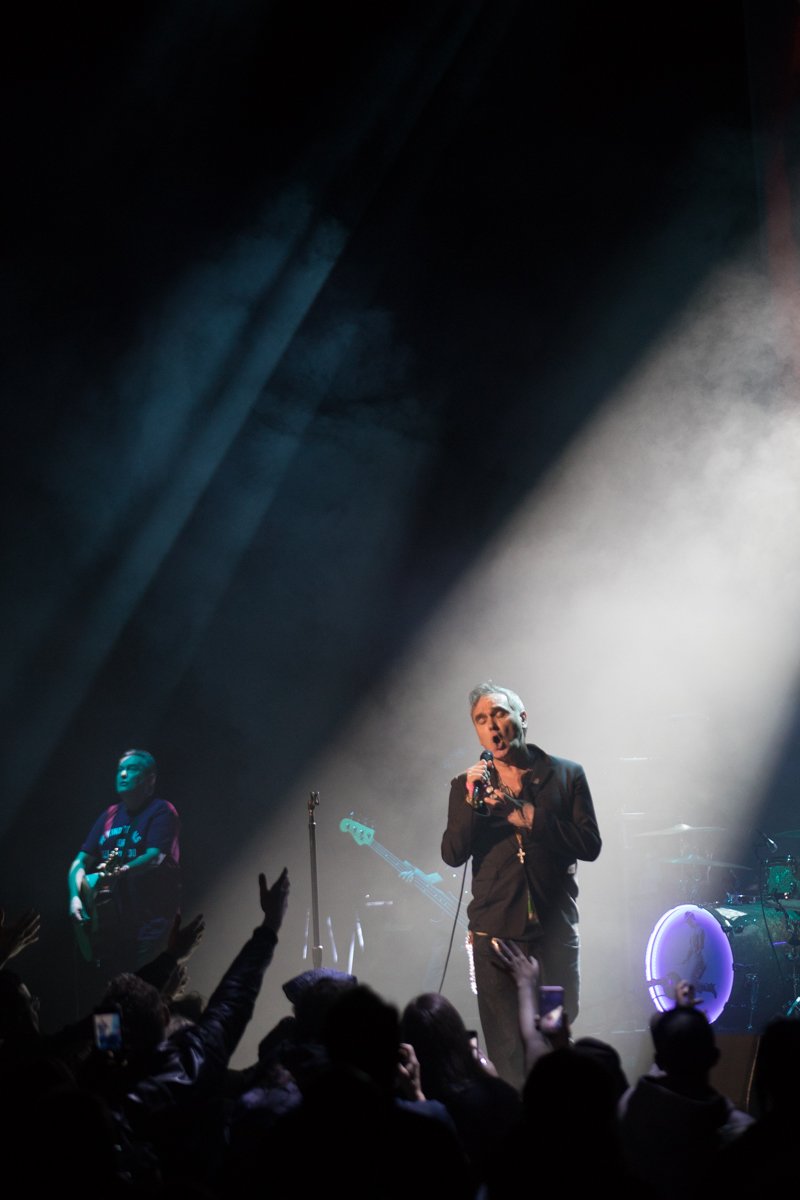 You never know how you’re going to feel when you run into your ex for the first time after so long. Then came the reminder: your ex is still a dick.

That moment came when Moz finally addressed the crowd, “I’m cosmopolitan. I’m Christian. I’m very well-travelled. I’ve heard of Faith Goldy.” The reference to the detestable “white nationalist” Canadian political nitwit spurred mostly boos from the crowd. “What? I just said I’ve heard of her. I’ve heard of lots of people!” he replied. It was a classically perplexing Morrissey moment that could be interpreted as comical, but given his sketchy racist blathering in the recent past, seemed to be a questionable move to say the least.

Later, Morrissey dedicated a song to Marrissa Shen, a 13-year-old girl from British Columbia whose accused murderer is a Canadian resident of Syrian descent. The homicide trial has become common fodder for anti-immigration sentiment in Canada. Instead of a seemingly random reference, it felt like a harsh reminder of so many of Morrissey’s troubling political statements. Why not take the opportunity, for instance, to acknowledge the Bruce McArthur case, wherein the victims were largely immigrants?

After a bleak yet confrontational rendition of 2006’s Life Is A Pigsty, the show returned to its heavy punk energy with a rare performance of the classic Smiths ripper, What She Said. In contrast to the singer’s usual milking of applause, he retreated into darkness as a visual of a man shooting himself in the head played on loop set while white noise blared for what seemed like minutes as we awaited a return to the stage that never came. It was transgressive to say the least, and also a little worrisome.

As the lights rose, a confounded, elated and confused crowd streamed from the room bewildered, having experienced a reunion with one of the most thorny and complex artists of our time. And, in the end, it was a reminder of just how complicated relationships of any kind can be. 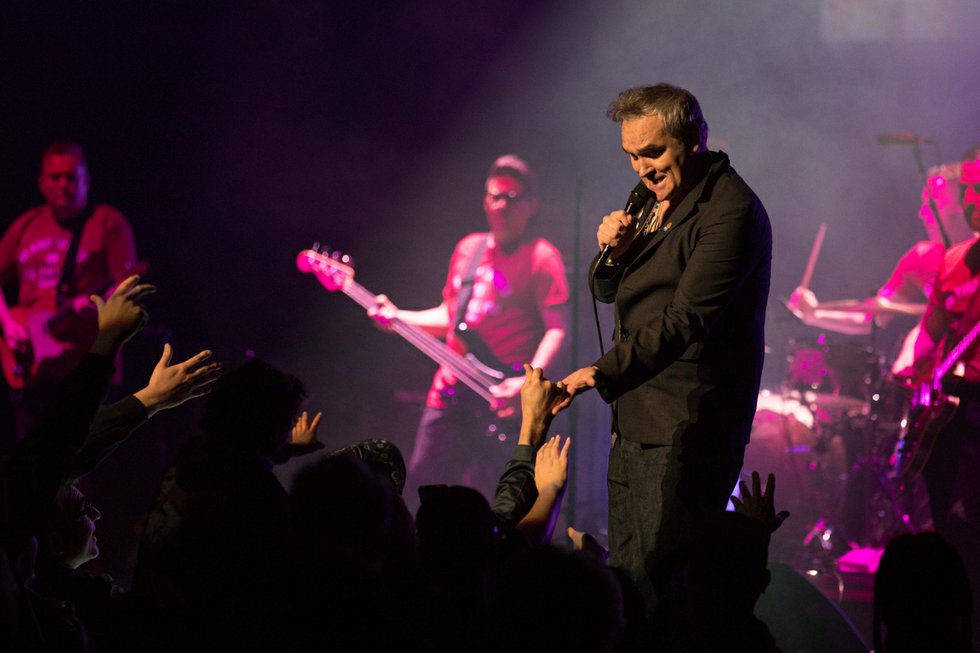