Toronto electronic artists made their move at Mutek Montreal 2018

Korea Town Acid and Edna King brought their A-game to Montreal, making their debuts on one of Canada's largest electronic music stages 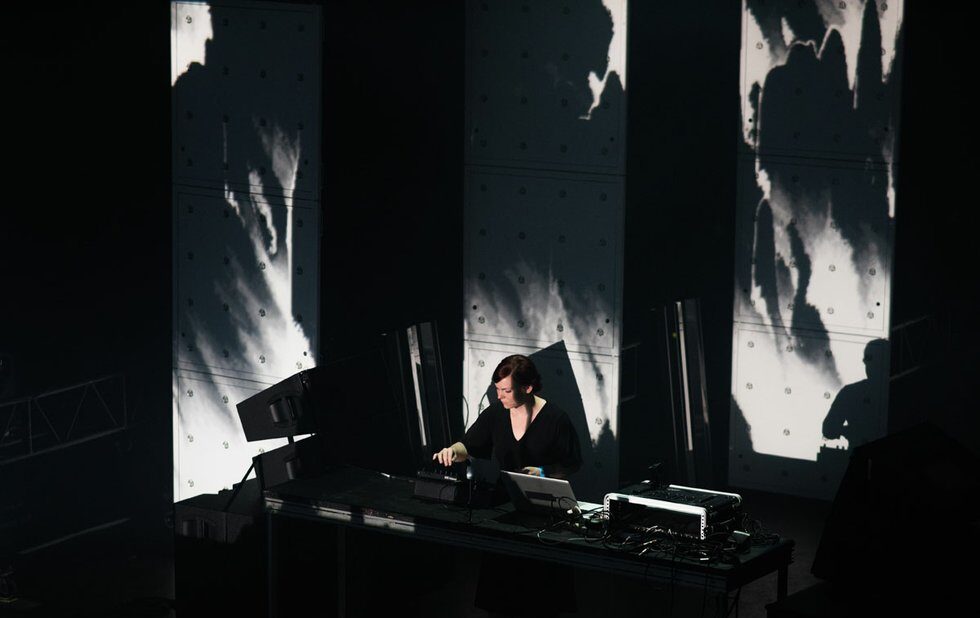 The next time I go to Mutek, I better remember to pack my orthotics. After three straight days of dancing, the arches of my feet ached and all my shoes felt flat. In fact, my body was so exhausted, it felt like I had run a marathon – and clocking in at over 30,000 steps a day, I suppose in some ways I did.

I went to Mutek in Montreal for the very first time last month (the festival ran August 22 to 26). The electronic music festival, now in its 19th year, is one of Canada’s largest, with over 100 artists performing over five days. Most of the DJs and producers were paired with talented visual artists, so there was just as much of an emphasis on visuals as there is on audio.

I missed the first two days of the festival and took the train to Montreal on August 24, arriving just in time to catch Toronto’s Jessica Cho, better known as Korea Town Acid, play the free, outdoor stage at Place des Arts. The rising Toronto DJ was named one of NOW’s electronic artists to watch earlier this year and released her debut EP in June. In July, she performed at Mutek’s pre-festival Toronto offshoot, Nano Mutek.

This was her first time playing Mutek in Montreal, and if she was at all nervous, the audience couldn’t tell. The ambient, otherworldly sounds coupled with jazz riffs that make up her signature sound quickly put the crowd of hundreds gathered into a deep groove. Only near the end of her hour-long set did Cho pick up the energy slightly. Her velvet techno was the perfect way to ease into the weekend.

The two main venues for Mutek – MTELUS and the Society for Arts and Technology (SAT) – are located just around the corner from one another, and all festival wristbands allow attendees quick and easy access to both. Over at the SAT, a single-room concrete hall, were another five artists performing at the same time as those at MTELUS, which was the largest of the stages with balcony seating on the second floor. Part of the fun of Mutek is you can run between the artists and stages and catch a bit of it all. 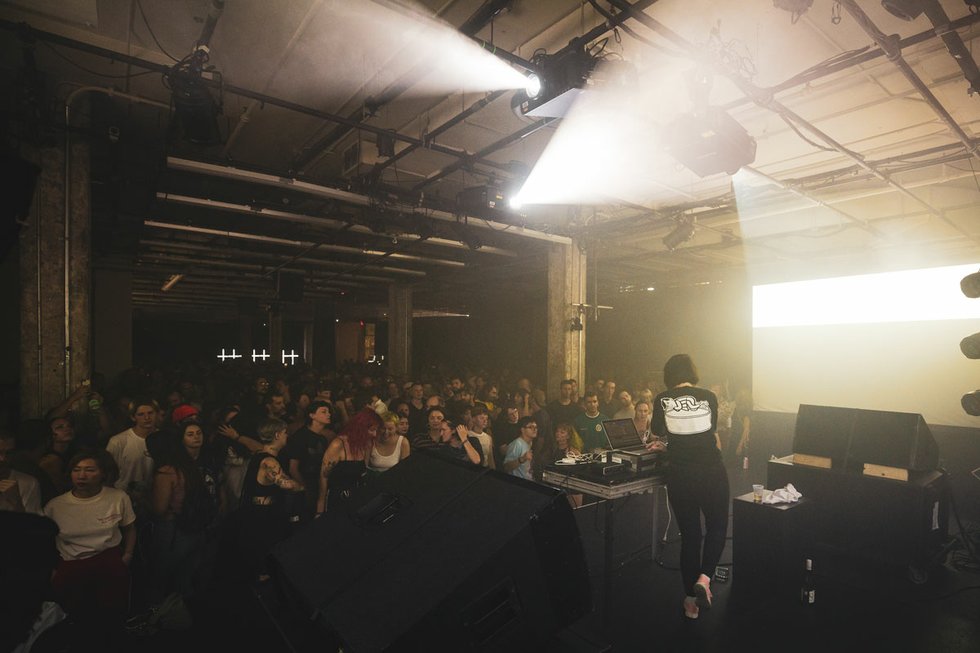 Other highlights from Mutek’s Friday night were the slow-burn polyrhythmic set by Düsseldorf-based Detlef Weinrich, better known as Tolouse Low Trax, and pretty much the opposite of that from Machine Woman, which followed. Russian-born, Berlin-based Anastasia Vtorova offered up some of the hardest, rawest techno at the festival. Her experimental atmospheric melodies were laced with thumping, unrelenting dance beats that encouraged the dancing crowd to leave it all on the floor.

Since the festival goes on every night until at least 4 am, things didn’t get started the next day until late afternoon. On Saturday night, I spent almost the entire time at MTELUS because not only did they have big names headlining the main stage, but also a talented showcase of rising stars in a second room upstairs. Jaclyn Kendall, a Hamilton-born now Montreal-based producer, was one of them. Her bass-heavy and fast (think 140+ BPM) industrial techno coupled with unassuming appearance and minimalist lights made her set one of the most intriguing and memorable.

On the main stage, I caught back-to-back-to-back heavy hitters, starting with DJ Python, New York’s Brian Piñeyro who played Toronto earlier this year. His album Dulce Compañia was one of my favourites of 2017, and his live set of reggaeton rhythms and lush ambient melodies did not disappoint.

Veteran Detroit DJ Kenny Larkin was an obvious crowd pleaser as he took control of the dance floor with his soulful techno set, and closer Honey Dijon, who headlined Coda’s four-year anniversary in February, brought the audience into sunrise with her joyful Chicago house jams. 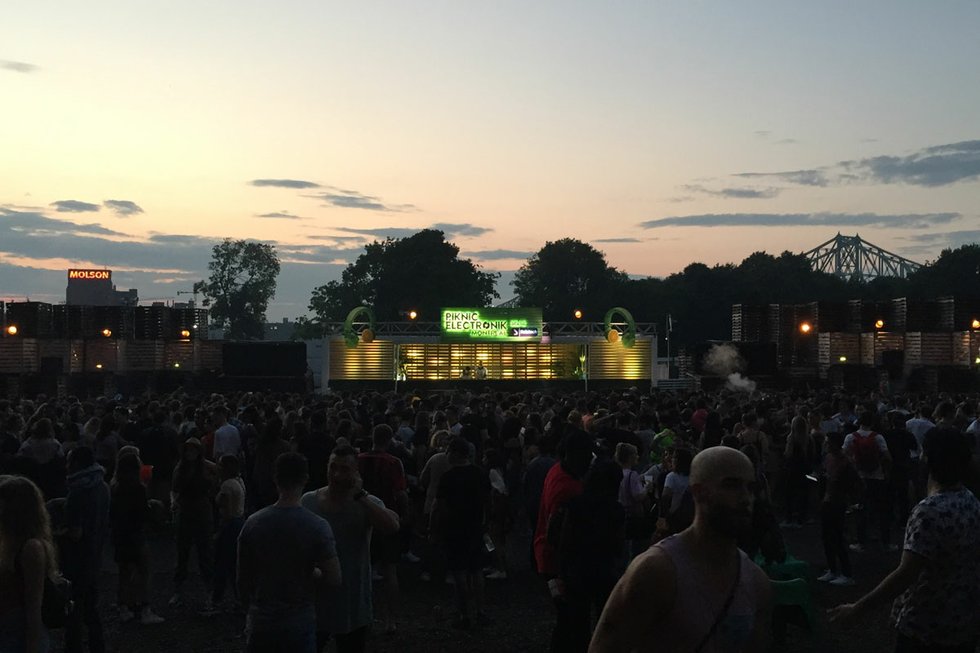 Father-daughter DJ duo Robert and Lyric Hood join together as Floorplan and close out Mutek’s takeover of Piknic Électronik.

Perhaps unsurprisingly, there were still thousands of dance music fans eager to hit the floor on Sunday, the final day of the festival, where things got started in the early afternoon at two more venues. Mutek took over Piknic Électronik’s grassy venue on Île Sainte-Hélène. Despite rain showers, crowds still came out for Anthony Naples’s upbeat Mutek debut and father-daughter duo Floorplan’s gospel-driven house.

Over in the Mile End, Red Bull Music presented a free show of mostly experimental artists like Dasha Rush, softcoresoft and Minimal Violence. And if your feet could stand it, DJs continued late into the night at SAT. Of course, I didn’t make it to those late shows. Soaked and worn down from the rain at Piknic, my feet and legs aching from another 30,000 steps on the dance floor, I fell asleep sometime before midnight. There’s always next year.