NOW MagazineMusicConcert reviewsNo Neko, no Bejar, no problem for the New Pornographers at Massey Hall

No Neko, no Bejar, no problem for the New Pornographers at Massey Hall

Along with local openers Born Ruffians, the long-running indie collective proved they can thrive in any shape or form 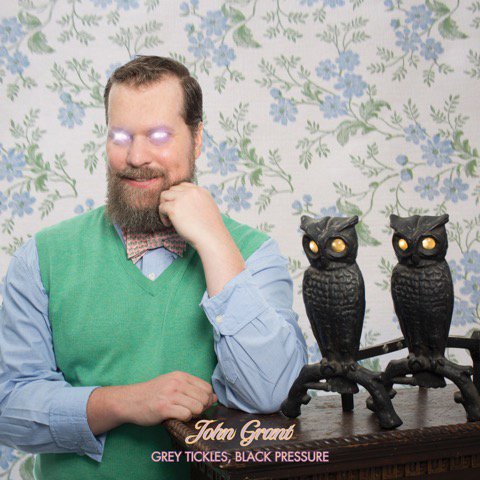 On the final night of a joint Canadian tour with headliners the New Pornographers, local boys Born Ruffians used a major venue to test out some new tracks from a forthcoming record.

Standing in front of giant letters that spelled out their most recent effort, RUFF (as well as moving cameras recording the show for the Live At Massey Hall series), the band also revealed they’re back to their original trio line-up: guitarist Luke Lalonde, bassist Mitch Desrosier and drummer Steve Hamelin.

The new material signalled an exciting adjustment to their sound, one that’s more robust and confident than the giddy, blitheness of 2015’s RUFF. Fast and fun rocker Ring That Bell and drum-less ballad Love Too Soon teased bold new directions, while Miss You displayed the band’s trademark rhythmic deviations and boisterous group chants in a new light. Packaged with older favourites like Needle, Little Garçon and Ocean’s Deep, Born Ruffians proved they could own a stage as big as Massey’s.

Considering all that he’s achieved in the last 25 years, it’s hard to believe that Carl Newman had never played the venue before, and the significance was not lost on the New Pornographers leader. He referenced the legendary yet “intimidating” venue throughout the night.

The Vancouver-bred seven-piece were without part-time members Neko Case and Dan Bejar (who for the first time ever sat out an album to focus on Destroyer). This wasn’t much of a surprise, nor did it really matter. As a live unit, the New Pornographers have grown into a well-oiled, power-pop machine boosted greatly by the addition of newest member vocalist/violinist Simi Stone.

As the set came to an end, they closed out with the one-two-three punch of The Slow Descent Into Alcoholism, Brill Bruisers and The Bleeding Heart Show. Newman praised his tour mates (“I don’t say this lightly: Born Ruffians are kings of the road”) and said that playing Massey Hall was “the last show of our tour in the best possible way.”

No Neko, no Bejar, no problem. Sure that meant they weren’t gonna play classics like Letter From An Occupant or Jackie, but the New Pornographers have reached a point where they deserve to exist in whatever shape and form that presents itself. And on this night they gave a concert that appeared to be as special to them as it was to their fans.