The garage rock-heavy four-day fest continued to grow in its fourth year, putting a spotlight on local women and eclectic bands from around the world 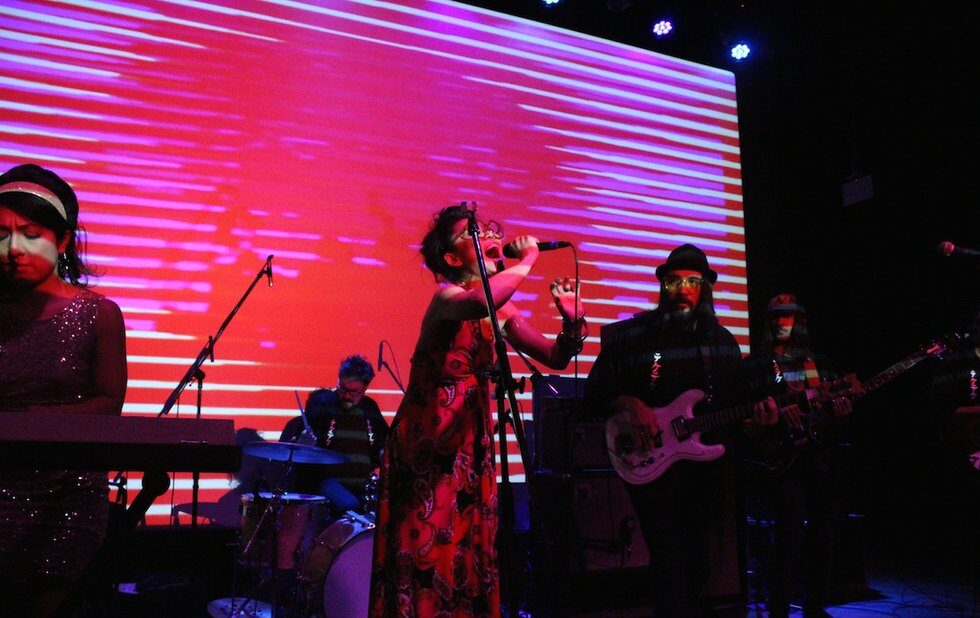 A show at Night Owl Festival is one of the only places in Toronto you can find an eclectic mix of goths, hippies and the occasional cowboy hat congregated in one place. This past weekend, the four-day psychedelic music fest celebrated its fourth year reveling in everything wacky and weird in the realm of garage rock.

As the festival continues to expand, the organizers, musicians Juliana Carlevaris and Michelle Puska, have made sure to pull a fresh blend of local and international talent, bringing even more female artists to the foreground this year. With acts like the soul-rock freaks with big band vibes, King Khan and the Shrines, fuzzy, woozy California beach rockers, Allah-Las and local noh-wave art rock collective Yamantaka // Sonic Titan, the fest included a lot of different sounds under its banner. It was a year of growth for the festival, expanding what they can do with an event that is intentionally niche.

Four nights of music is a lot to consume at once, but here are five moments at the funky freak fest that stood out through the clouded haze.

“Guys, if the ladies around you aren’t smiling, back off! We need less testosterone up in here.” The majestic, Canadian-born, Berlin-based King Khan and his eight-piece band the Shrines not only know how to put on a show, but they also know how to make a statement. Throughout the wildly energetic set, Khan continually slowed it down to check in to make sure the women in the male-dominated crowd were feeling safe.

It was almost impossible to keep up with Khan’s high-energy performance, complete with trombones, maracas and everything in between. With epics like Land Of The Freak and Thorn in Her Pride, every song was a production in itself. Halfway through the set, Khan left the stage only to reappear clad in leather chaps and a fur-trimmed one-piece ensemble.

Night Owl had plenty of white, male, guitar-bearing quartets but, when the eclectic seven-piece TEKE TEKE took to the stage with their glitzy outfits, unconventional rock instruments (wooden flute, mini gong, etc.) and 60s- and 70s-era Japanese garage rock influence, the crowd went from cool, collected head bobbing to complete madness, garnering probably the loudest applause of the whole fest. It was the first time in Toronto for the Montreal-based band, formed in 2017, but they promised to be back very soon.

Vocalist Maya Kuroki hypnotized with her animated facial expressions and jittery dance moves to the collection of noisy but danceable bops. The group’s output so far is small, but songs like Jikaku and Omae No Karada definitely make them an act to keep an eye on. 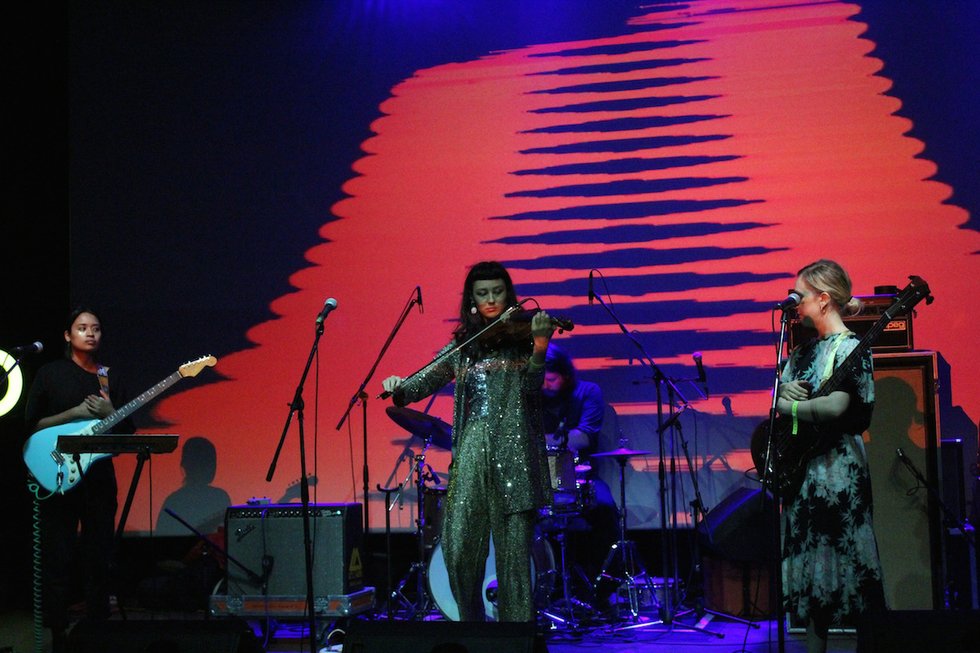 3. Local women were in the spotlight

Co-organizer Juliana Carlevaris plays in the band Hot Garbage and made an effort to highlight a plethora of local acts, with a conscious effort to include female-fronted groups in the carefully crafted lineup.

Luna Li, who has been dubbed the “garage rock princess” of Toronto completely hypnotized audiences Sunday evening with her dreamy hits. When multi-talented guitarist and singer Hannah Bussiere busted out her violin, a hush drew over the awestruck crowd.

Though the lineup was primarily Canadian, there were a few Australian bands that brought a specific laid-back energy to the fest.

The hypnotic and heavy Stonefield, made up of the Findlay sisters, had the looks of an Australian Haim but brought fuzzy 70s stoner rock vibes Friday night at the Horseshoe. From the same rural town in Australia came Gabriella Cohen, who charmed with playful, crooning love songs. It was both of these bands’ first times in Toronto and they definitely made an impression at the busiest show of the festival.

5. It was more than just bands at bars

Part of expanding the festival was making it more interactive, organizers Carlevaris and Puska, say, while still keeping it at the club level. Upstairs at Lee’s Palace, Night Owl screened the documentary Garage Rockin’ Craze, which highlights Tokyo’s thriving underground garage punk scene. A perfect fit for the vibe of the festival, it attracted a surprisingly decent turnout.

There was also a tarot card reader and a face-painting station, which explained the various middle-aged men bopping around sporting colourful spirals on their faces.