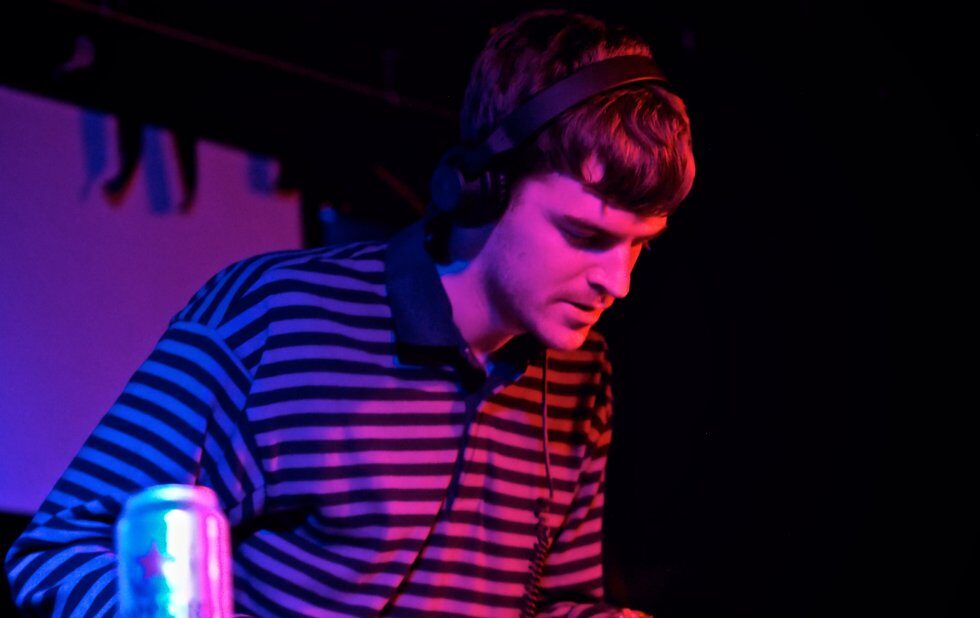 As NXNE continues to rebuild its identity in a changing Toronto music landscape, this year the long-running festival shifted its focus back to Yonge-Dundas Square, which it rebranded Festival Village (check back for reviews), and its club shows, now called Club Land. Though NXNE sold wristbands that let you hop between shows, 2018 felt like the year when its Curator Series concept really started to coalesce. Rather than a loose mass of bands thrown into live venues throughout the city, for the most part, every show felt carefully and holistically assembled as a whole. If it didn’t quite feel like the citywide music explosion of years past, it did feel more intentional and reflective of the city’s micro-scenes.

It was the debut of Iverna Island, the Toronto singer/scene-builder’s new travelling series dedicated to womxn of colour. TiKA introduced each of the artists, imploring us to explicitly show our love and support by snapping, clapping and sending encouraging messages on social media. The goal was to create a safe space for musicians who don’t always get opportunities like these, and the result was maybe the warmest, most inviting festival crowd I’ve ever been a part of.

Each of the 11 musicians played two songs, and they were all treated like superstars. Vaness sang a soulful (and bilingual) kiss-off song, and the cheers were deafening when she delivered the words “I’m too cute for you.” Clairandean, whose musician brothers Clairmont The Second and Cola H were there to cheer her on, sang tender ballads on acoustic guitar, while Aphrose showed off a big voice with torch songs that harkened back to 60s soul ballads. 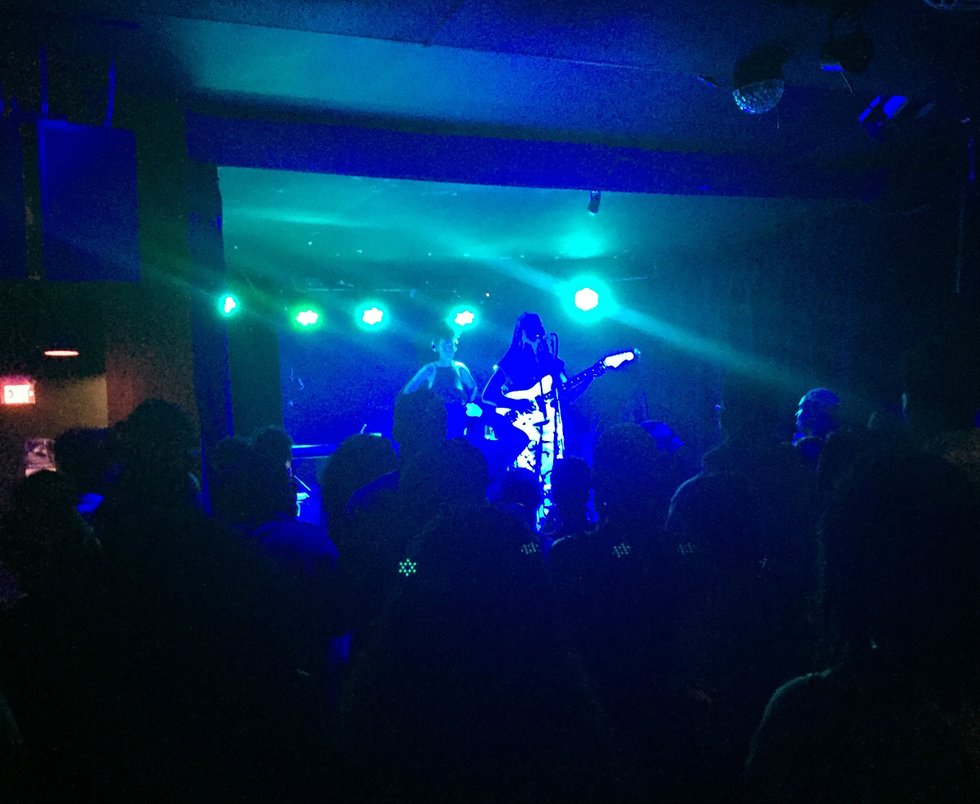 The biggest revelation might have been IaamSaam, who rapped while playing psychedelic electric guitar, then led a “pimp” call and response, and exuded star power in both lyrical flow and stage presence.   RICHARD TRAPUNSKI

Curator Series shows work best when the curator is on hand to give insight into why they chose who they chose. Sadly, on-the-road Terra Lightfoot was “in absentia” (as described by the always delightful Charlotte Cornfield during her mid-show set), but that didn’t stop each of the acts from heaping gratitude on her for the co-sign.

For Cornfield, the all-local showcase pulled double-duty as a warm-up with her newly configured two-piece band ahead of opening for Broken Social Scene at Niagara-On-The-Lake. She’s a damn fine songwriter, her tunes sharply honed and always moving, her vocals delivered with endearing humility. She’s also not afraid to good-naturedly call out her friends for talking too much while she played. (It was true!)

Cornfield’s set was bookended by the O’Pears, an almost a cappella three-piece whose stock-in-trade is pretty three-part harmonies, and badass multi-instrumentalist Dani Nash, who brought leather and loud to the proceedings but was frequently overpowered by her sax-wielding band members.  CARLA GILLIS 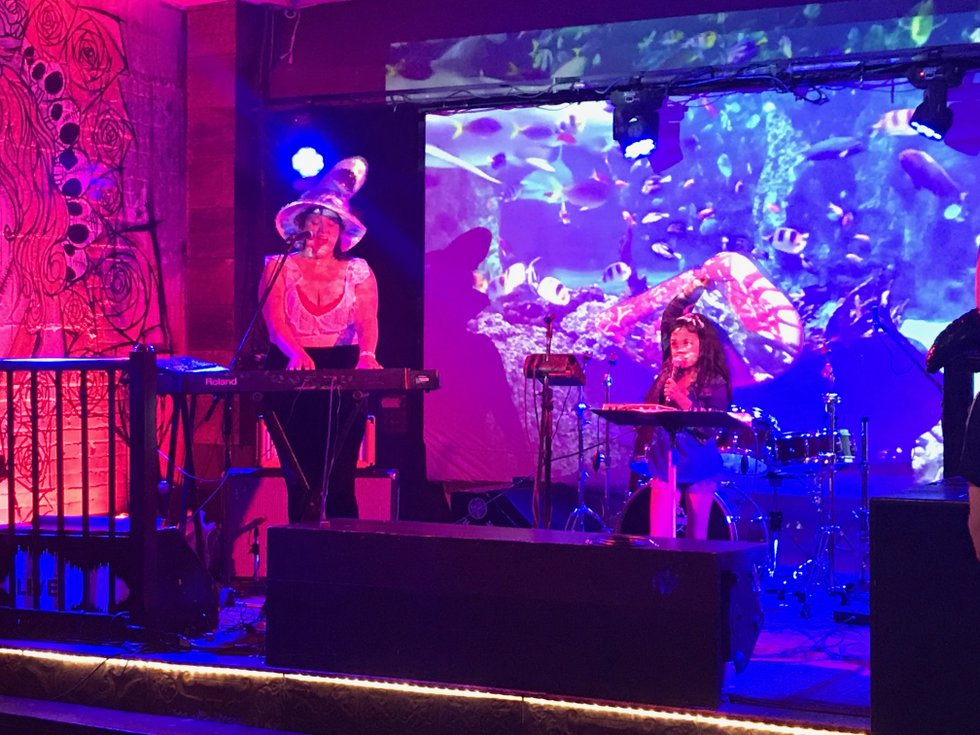 STONES and BOOKCHOP at the Hideout, Tuesday, June 12. Rating: NNN

What does a band fronted by a seven-year-old sound like? Probably not what you imagine. Stones, made up of former NOW local hero Kritty Uranowski (whose No Mean City collective curated the show) on keyboards, fully grown adult man Craig Currie on guitar and seven-year-old Keira on vocals and sampler, make dreamy, slightly melancholic indie rock about grade-schooler-approved subjects like jellyfish and knots in your shoelaces. Keira looked a bit nervous at first, but by the end of Stones’ three-song set, was confidently gripping the mic in one hand, a bubble gun in the other.

Bookchop were an awkward transition from the happy, woozy sounds of Stones. The three-piece was frenetic and loud, rounded out by discordant sing-shouting. Not that Keira minded the change in pace. During Bookchop’s set, they kicked blow-up jellyfish to other audience members and ran around with a toddler in the space where a mosh pit would usually be.   SAMANTHA EDWARDS

The Elwins’ curated show kicked off with some heartbroken acoustic ballads by Merival and closed with upbeat rock by Goodbye Honolulu.

The crowd was perhaps most excited to witness the solo skills of Dave Monks, frontman for Tokyo Police Club. With minimal banter and a generally unenthusiastic stage presence, he showed some acoustic singer/songwriter range that stretches beyond his indie rock day gig, but the set felt a bit impersonal.

Once Charleston roots rock band The High Divers took to the stage, the atmosphere shifted immediately. Their passion and energy were electric, closing their set with a long instrumental section in which the bassist and tambourinist leapt into the crowd while the lead singer jumped until his wide-brimmed hat went flying off his head.  JORDANA GOLDMAN

Perhaps the time to leave Leah Fay’s NXNE Clubland event was after Moscow Apartment. The high school duo, back from touring and with exams the following morning, made an impression with their lovely, complementary voices and enviable songwriting skills to begin the night.

Their last-minute inclusion along with Peterborough’s Nick Ferrio – a heartfelt songwriter and passionate performer, though somewhat lacklustre in the vocal department – ahead of much-anticipated acts Nyssa, James Baley and Safia Nolin, bloated the bill and pushed the rest of the sets back.

After NXNE’s “safe spaces” talk earlier in the day and curator Leah Fay (of July Talk)’s LGBTQ-inspired Everybody’s Free To Feel Good theme, which adorned the stage in a glittery, multi-coloured display, it was dismaying when a group of men practically sat on my lap in a crowd that was spacious enough to do cartwheels in. They smirked when I requested space, and that, among other uncomfortable incidents, prompted me to leave early, missing the acts I had come to see.

Thankfully I eavesdropped on Baley’s mic check earlier. What a dynamic performer! In hindsight, it was the highlight of my night.  CHAKA V. GRIER

Located at the popular Dundas West haunt Unlovable, this night curated by Prince Josh and Work Late PR felt far removed from the usual festival bustle and more like just a regular fun night out. For this jaded music journalist that was completely welcome.

The night began with a DJ set by Josh’s Prince Innocence bandmate Talvi Faustmann. And while her eclectic tastes (New Age sounds into French baroque pop into no wave) were enjoyable, it was hard to know what to expect from her rare solo performance and the DJ set came as a surprise. NXNE’s website had noted her “smoldering, synth sensuality,” implying some level of performance or, at the very least, synths.

The omnivorous mix led into a live performance by LA Timpa, whose insistent beats were built on a curious collisions of loops and samples. Vocally, he is a lot more tender than his singles let on, sounding perfectly suited to the intimate space without ever getting swallowed up by the din of the eager crowd.  MICHAEL RANCIC

DJ showcases can be lackluster when all the artists sound the same, especially if they play similar music, but that was not the case here.

In the back room of recently opened hotspot SoSo Food Club, DJs Ace Dillinger, Coco Supreme and Freeza Chin each brought their own flavour to hip-hop and dance music. Building on each other’s mixes, every set sounded fresh, even when Cardi B’s Bodak Yellow was dropped twice in one night.

The highlight for many, however, was Just John and producer Dom Dias performing songs off Don on the eve of the EP’s release. In his signature black beret, Just John commanded the makeshift stage, which was really SoSo’s bleacher seating, firing off rapid rhymes over Dom Dias’s bass-heavy trap production on their recently released single, Soundboi.

NXNE curator Jayemkayem kept busy all night, ensuring everyone was having a good time and transitions between acts went smoothly. She’s known for her own diverse and energetic DJ sets and vast knowledge of hip-hop, R&B, grime and UK garage, but tonight she proved herself a true tastemaker as well.   MICHELLE DA SILVA 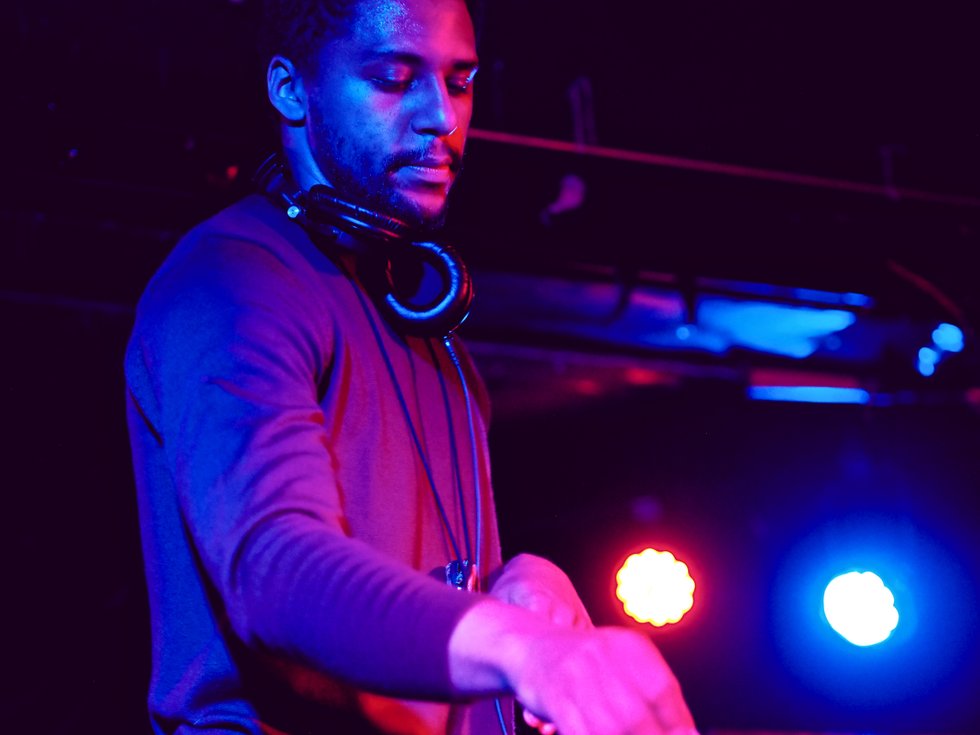 Though it was surprisingly chilly outside, local producer Harrison made quick work of turning up the heat at the Garrison with his set of steady, joyful grooves. Pulled in two directions by Harrison’s dedication to both the past and the future, the room was moving in no time.

Montreal-based artist RYAN Playground had a tough act to follow and with the stark tonal shift with her early introduction of Owl City’s twee Fireflies, it felt as though the crowd was waning, but once she settled into her set she was able to recover and make her playful yet danceable sensibilities known to the receptive room.

Secret Songs’ label boss Ryan Hemsworth was the night’s poorly kept secret guest and used his 3 am hour block (complete with late last call) to broadcast his love for hip-hop. Rather than softening the edges of songs by Kendrick Lamar and Key! & Kenny Beats with his hyper surrealistic productions, his polychromatic sensibilities draw attention to the idiosyncrasies of each artist, centering their words and performances.  MICHAEL RANCIC 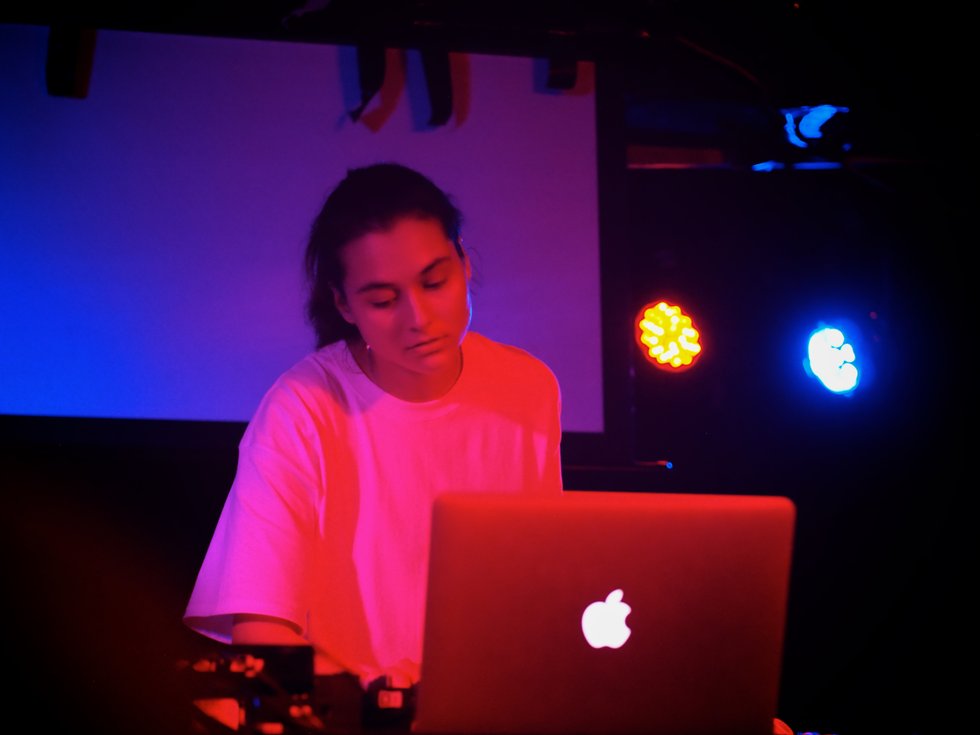