The once-CanRock rivals brought their co-headlining tour for the first of two nights in Toronto, and it brought both of their legacies into new light 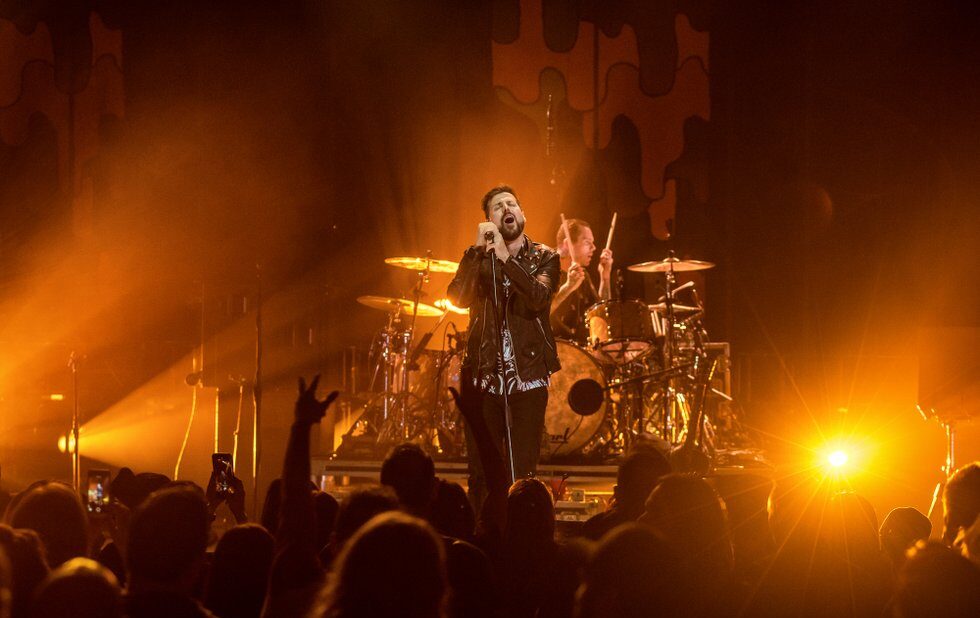 The two CanRock acts were at odds with each other throughout the 90s, not just in interviews but in the kind of music they embodied: the Matthew Good Band rose to fame off one of the highest selling independent rock albums in Canadian history Our Lady Peace was, in my view, a NOW Magazine want ad-turned-polished rock singles machine. As a young fan of Good’s output with MGB, not only did I take in all of his albums, liner notes and rarities, but his animosity toward OLP as well. His tastes and politics, revealed through interviews and his own creative blog posts, became gateways to my own.

They were like Canada’s own Blur vs. Oasis: you had to pick a side, and which side you chose said a lot about who you were. So to see the two travelling across the country together in this most recent tour, performing two nights in Toronto  – one at Massey Hall last night (March 15) and the other at Rebel tonight (March 16) – is hard to personally reconcile. But time has a way of making what seemed like a distinct line in the sand disappear completely.

Good dialed back on his comments about OLP more recently, but the groups first showed signs of making amends in 2007, when OLP bassist Duncan Coutts was behind the boards recording Good’s acoustic performance at Massey Hall. They finally reconciled in 2015 when Good and Our Lady Peace performed together at Sylvan Lake in Alberta, a show which laid the groundwork for this current tour.

In 2018 the two have more in common than they have differences. Both support various charities and humanitarian work, be it OLP lead singer Raine Maida’s efforts with War Child or Good’s own OK Hoodie campaign, the proceeds of which go to Canadian Mental Health Association. More evident last night was the fact that both bands are survivors of Canada’s brief radio rock boom, looking to benefit from 90s nostalgia trying to find relevance for themselves outside that context. 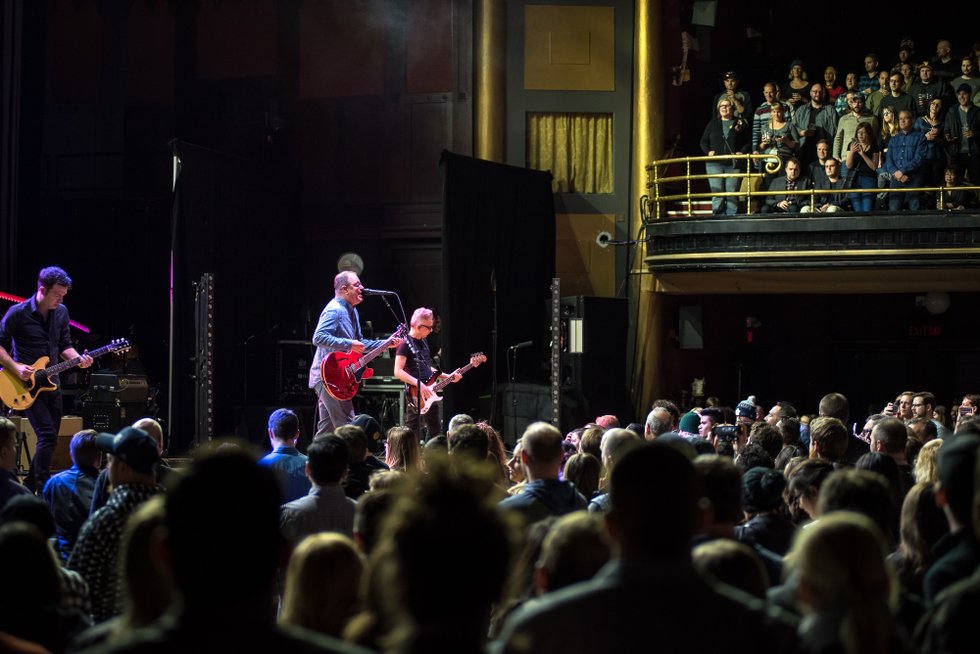 Since the Matthew Good Band disbanded in 2002, Good’s been flying solo with the help of a rotating cast of players. At this point he’s released more albums solo than he had with the famed 90s four piece, and in that sense he’s a lot more comfortable in his own skin in 2018. But time is a tricky thing, and last night’s show proved that warm feelings of nostalgia can be selective. The crowd went appropriately nuts for classics like Strange Days and Apparitions, but were audibly less enthusiastic when Good talked about how A Boy And His Machine Gun, a song from 1999’s Beautiful Midnight, was sadly still relevant today. One person groaned “aw, politics!” as if they’d forgotten just how outspoken Good can be.

OLP fought a similar battle with nostalgia, with anthems like Superman’s Dead, Clumsy and 4am sitting awkwardly alongside the band’s toothless new material from 2017 album Somethingness. Even this hater warmed up to the band during an acoustic rendition of In Repair. But draping themselves in early 2000s signifiers (Maida had an Anonymous mask decal on his guitar, OBEY stickers on his megaphone and the band covered the Yeah Yeah Yeahs’ Maps) suggested they don’t quite know where they fit today.

New songs Ballad Of A Poet, dedicated to Gord Downie, and Paper Moon, dedicated to Neil Young, suggest the band have their sights set on the Canadian rock canon, a place where they certainly belong but also seems to be providing them with inspiration on where to go next.

Before they ended the night with Starseed, OLP invited Good, his band and openers Ascot Royals back on stage for what was actually a pretty fun rendition of Hello Time Bomb, complete with requisite cowbells. Though the combination of Good’s co-sign and OLP’s performance didn’t change my feelings about OLP much, by playing with them Good did make me see them in a new light and think about their music in a way I hadn’t before. While nostalgia certainly forces us to look back, it doesn’t mean we have to live there. Looking back can also inform new understanding and growth.