Review: OVO Fest 2019 was about celebrating the Raptors and squashing beefs 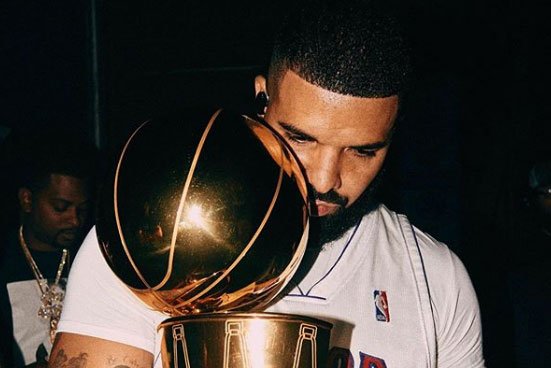 Drake’s star-studded thank-you to hometown fans has been a staple of the summer concert season for nine out of the past 10 years. A lot has changed in that time – onstage and off – but some things are the same.

The Toronto rapper continues to be a steamrolling success, on his way to his ninth number-one album on the Billboard album chart in the U.S. thanks to Care Package, a new collection of singles and loosies that includes some of his most R&B-oriented and self-reflective material. That album only briefly figured into a show that mixed hits old and new and was more about celebrating the Raptors and putting to rest a handful of older media beefs.

After taking a one-year break, OVO Fest returned for two nights: night one on Sunday featured early aughts acts from the Millennium Tour, including Ying Yang Twins, Mario and B2K, but night two was the hottest ticket. Drake headlines “solo” but brings out a roll call of surprise guests. What’s great about the festival regardless of the guest list is that, unlike most big concerts, it’s unpredictable. Though the show has settled into its own template over the years – and if you are astute on social media you can predict a few of the surprises – its wild-card spirit is rare in an age of pre-determined set lists and creates an electric atmosphere.

The intro was all about the Toronto Raptors’ championship win: after a montage, the curtains parted to reveal a giant, glittering gold replica of the Larry O’Brien NBA championship trophy. Of course, Drake – dressed in a vintage Percy “Master P” Miller Raptors jersey – was holding the actual trophy, which he placed centre stage for the remainder of the two-hour-plus show. After opening with Trophies, he went straight into current radio hit Mob Ties and then Yes Indeed, a collab with the night’s first guest: rising Atlanta MC Lil Baby.

The newcomers who Drake has given a signal boost usually appear early at OVO Fest, though BlocBoy JB was a no-show for a pyro-heavy rendition of Look Alive. More pyro accentuated big beat drops throughout a medley of hits – including Over, Headlines, HYFR and Energy – before the first star of the evening: Gucci Mane, who performed in Canada for the first time earlier this summer.

The Canadian border is notoriously difficult to cross for musicians with rap sheets, but Gucci recently secured a temporary resident permit. At OVO Fest, he breezed through two songs, including his Drake collab Both with its prescient line, “I got so many felonies I might can’t never go to Canada / But Drake said he gon’ pull some strings so let me check my calendar.”

Drake dialed back the energy for the extremely brief slow-jam portion of the evening. As in past years, this involves Drake tightly clutching a mic stand, his eyes shut tightly. He sent his signature nasal croon up a key for Care Package cuts Dreams Money Can Buy and Girls Love Beyoncé but the results, though heartfelt, were dicey. Drake hasn’t worked much on the dynamic range of his live singing, but he sounded on-point when he just leaned into his classic nasal delivery and sang the hooks for his bangers.

To his credit, he did the Care Package material without the aid of lead vocal tracks. The rappers on the OVO Fest stage often relied on them to guide them through the overwhelming sub-bass that tends to obliterate any nuance in the productions, and a few went a cappella.

A few more Drake hits segued into an appearance by OVO Sound artist Popcaan on Controlla. It was the lone song in the set to reference Drake’s global-pop period from two years ago.

It’s rare for OVO Fest to have more than one female guest – the last time there were two was Lauryn Hill and Tinashe in 2014 – but Drake made up for that this year. “As a gesture to show how much I appreciate women as a whole,” Drake said, “I’m gonna stop offstage and leave you with some of the finest women you’ve seen in your life.”

Enter Megan Thee Stallion, the Houston MC riding a wave of viral buzz after coining the term Hot Girl Summer in the lead-up to her Fever mixtape. She said little, but twerked a lot through a two-song set. Her presence and freewheeling dance moves switched up the energy and provided much-needed counterpoint to the considered macho posturing.

The next guest was perhaps the best received: Philly rapper Meek Mill, who famously beefed with Drake in 2015, leading to a meme montage at OVO Fest that year. Mill has become an activist for criminal justice reform in the U.S. and recently had an 11-year-old conviction overturned in a drug and gun case that landed him on probation for the ensuing decade. After performing his Drake collab Going Bad, he hit the crowd with furious flows in a triumphant rendition of Uptown Vibes – perhaps the only moment of the night when straight lyrical fire whipped the crowd into a frenzy. It probably didn’t hurt that the tech board gave him the full rock-star treatment of wild lasers and strobes, but he was the night’s most impressive rapper.

Mill then brought his labelmate and OVO Fest veteran Rick Ross, who joined him on Ima Boss before leading the crowd in a rap-along rendition of his classic hit B.M.F. Ross has an effortless, leisurely flow and delighted the crowd with an intricate a cappella, but he seemed like he could’ve used an in-ear monitor after going off-beat during the live debut of his recent Drake collab Money In The Grave.

Everyone’s favourite Bernie Bro Cardi B was up next. She had just headlined Veld festival earlier in the weekend, so her appearing at OVO Fest seemed like a safe bet. As with Megan Thee Stallion, Drake disappeared from view as a sign of respect and she took full advantage, hopping out onstage, taking off her shoes, bounding around and doing a bit of banter. “Heeyyyyyy Canaaaaadiaaaanssss!” she said with a big grin.

Her backing vocal tracks often threatened to drown her out – she dispensed with them only on Bodak Yellow – but again, her infectious, carefree energy and impromptu banter was something the show could use more of. She had the longest set of all the guests, doing her verse to G-Eazy’s No Limit and capping it off by bringing out her husband, Offset, to do Clout.

The final guest of the night was Chris Brown, the pop star whose promising career was sidelined after he pled guilty to assaulting his former girlfriend Rihanna in 2009. His past decade has been filled with legal allegations, angry responses to critics, misogynistic and marginalizing language, lawsuits – he’s in the midst of a civil suit brought by a woman who says she was sexually assaulted at his home by another man in 2017 –  but he’s just earned his third number-one album Billboard debut and is in the midst of an arena tour that is selling well.

His problematic status did not prevent a rapturous reception at OVO Fest. I’m sure everyone is sick of talking and reading about his legal issues – fans and critics alike – but the gig marked his first local appearance in nearly a decade since a 2015 concert was cancelled after he was denied entry into Canada. His recent success has been bolstered by the Drake collab No Guidance, a boilerplate R&B single that he opened with.

The pair have famously beefed, so Drake’s decision to work with him could be seen as a positive step for two men working past differences. But it has also forced some fans to look more closely at Drake’s own track record with women, questionable professional attachments and a mixed track record when it comes to characterizations of women in his music. Personally, I’m not against men who’ve done wrong being able to redeem themselves, but it’s frustrating that the entertainment industry continues to have such a low bar for re-entry.

The list of artists who have worked with Brown over the years is as varied as Brandy, Andre 3000, Marshmello and Joe Jonas. So Drake is actually late to the party. But Brown’s appearance as the final guest at OVO Fest felt like yet another galling example of powerful men willing to brush past hard and necessary conversations about accountability because an artist sells well. If it didn’t feel exceptional that only two women performed at this year’s OVO Fest, perhaps his inclusion wouldn’t be a big deal. So many women artists do not get the same level of marketing and financial support as a mediocre performer prone to juvenile tantrums.

Though Brown’s music of late is pretty thirsty, his stage vibe is hungry. Flanked by four back-up dancers, he did classic MJ-inspired pop-and-lock robo moves but it didn’t feel completely natural. Rather than figure out a range of motion that suits him, he recreates a classic style without adding a personal touch and the result is unwieldy. He was one of the few artists not to use backing vocal tracks, dropping runs and ad-libs, his two-octave tenor flattened by an effect that sounded as robotic as his dance moves looked.

In today’s pop landscape, it’s rare to see a pop star as big as Brown sing live and dance so fervently, but is also wedded to a formula. You might even say he hides behind it. But that shouldn’t be surprising given the lack of dimension in his short set list, which ended with retrograde 2014 radio hit Loyal that had the crowd singing along to the simplistic chorus, “These hoes ain’t loyal.”

Thankfully, that wasn’t the night’s parting sentiment. As he usually does, Drake finished the show with a volley of hits – Sicko Mode, Nonstop and God’s Plan – but ended before the 11 pm curfew to salute his late friend Mark Krispy with a 10-minute firework display over Lake Ontario. It was a bittersweet end to an eventful, energetic, uneven ninth OVO Fest.