String master reminds us that music is magic 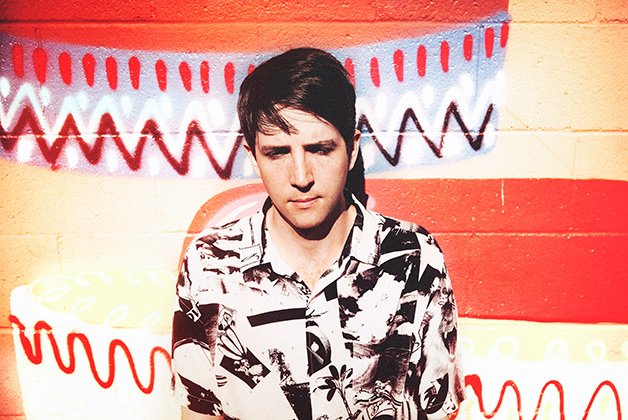 It’s been quite a busy few years for Owen Pallett. The Toronto-bred, Montreal-based violinist not only put out his fourth solo full-length, but also joined Arcade Fire on their massive world tour and continued to lend his composing chops to chart-toppers and Oscar contenders. Over the past decade, we’ve gotten used to seeing him fill bigger and bigger venues, so a double-header at Lee’s Palace was a real treat.

Opener Jennifer Castle immediately hushed the sold-out crowd with her observant songs about everyday life, her unassuming stage presence offset by her expert guitar-playing. (The way she coaxes tone out of her Guild is impressive, as on the fingerpicked opening to Neverride.) Playing selections from her recent critically acclaimed Pink City album, Castle showed off her pipes on an a cappella cover of folk traditional Going Down the Road Feeling Bad. Her rootsy voice sounded deceptively fragile at times, but was surprisingly powerful when she let it soar.

Pallett, who arranged the strings on Pink City, joined in for the second half of the set, adding gorgeous colour to Sparta and closer Sailing Away, which features the kind of timeless melody that calls to mind the great Canadian songwriting tradition of Lightfoot or Mitchell. Castle’s sound – incorporating elements of folk, country, and roots music – may be hard to categorize, but her traditional-meets-contemporary approach feels very of the moment.

In contrast to Castle’s bare-bones set, Pallett arrived with a flashy take on smoke-and-mirrors, the stage holding a geometric mirrored box that glimmered like a crystal. Plenty of dry ice wafted across the room, which surely made for excellent Instagram potential, though 90 minutes of inhaling clouds of smoke proved a bit much.

Building up layers of sound with the help of looping pedals, Pallett is such a virtuosic performer that he barely needs the help of a band to flesh out his richly textured songs. Still, his current trio with former Les Mouches collaborators Rob Gordon and Matt Smith brings a welcome muscularity to the live performance.

He opened with a solo turn on The Arctic Circle, and his unique approach to the violin was readily apparent. While his albums are brilliant, live is where his creativity shines: he’s just as likely to pluck the violin’s strings or strum it like a ukulele as he is to bow away furiously.

Then the three powered their way through a mix of material from Pallett’s four albums. Castle had quipped earlier that Pallett and band had reached their peak during this run of shows, and indeed, the three seem to have locked into a heavy, rhythmic groove. It helped that Pallett was loose and relaxed (despite playing an earlier all-ages set in the afternoon), jokingly taking questions from the crowd and appearing to enjoy himself, in contrast to previous hometown gigs where tech issues and other irritations occasionally got in the way. He was chattier, sounding humble and grateful. Recalling a friend’s advice, he noted, “Your family is the urban enclave.”

The most astonishing aspect of a Pallett show is how effortless he makes it all look. From his soaring choirboy vocals to his mastery of the strings, there’s rarely a misstep or wasted moment. A stark piano take on The Passions allowed his evocative storytelling to stand on its own, the narrative quality of the song conjuring visions of a black-and-white short film.

Pallett’s evolution from the delicate, more melodic quality of his well-known material like This Lamb Sells Condos to the dark, ferocious stomp of The Riverbed is a welcome one, the latter arriving toward the end of the set with a thundering, massive finish.

And yet, it was when the two long-time favourites finally showed up in the encore (a knowing, generous move by the artist) that the room finally exploded. The CN Tower Belongs To T`he Dead was a little darker and brawnier than the prettier version of yesteryear, while This Is The Dream Of Win And Regine sounded somehow less idealistic and more intuitive, both songs no less beautiful with age.

A second encore brought Pallett back for a playful spin through one of his favourite covers, Mariah Carey’s Fantasy. “I’m going to mess this up!” he fretted. He didn’t. After crowd-sourcing his final number, a hushed, perfect turn on Better Than Worse, Pallett concluded with an extended outro, bowing away at his instrument, lost in his own song. And we were, too. To watch Owen Pallett play is to remember that music is magic.