After their last arena-conquering tour, they’re playing spaces where their full spectrum of pop shines through 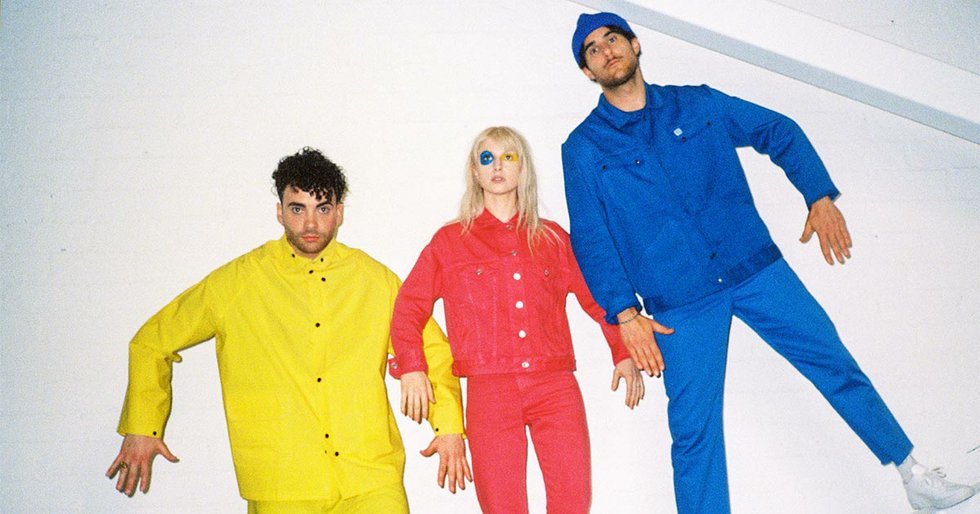 On their newest album After Laughter, Paramore make their biggest departure from both their pop punk origins and their 2013 arena rock deconstruction, instead adopting a groovier sensibility in the vein of Talking Heads. But as Talking Heads lead singer David Byrne pointed out in his book How Music Works, arenas are groove-killers, where funk and intricacy get lost to reverb.

On their current tour, though, the band has been playing in storied theatres like New York’s Radio City Music Hall and Montreal’s Theatre St-Denis. At Massey Hall, they used the room to foster intimacy while avoiding washing out their new sound.

Paramore appeared in a row, flanking each other on exposed risers, taking another nod from Stop Making Sense. Core members Hayley Williams, Taylor York and Zac Farro were supported by four other musicians on guitar, synths, percussion and backup vocals. They were without their former bassist Jeremy Davis, whose departed distorted low end helped leave the space for them to develop into the pop machine they are now.

Lead single Hard Times’ bright, colourful melody brought the crowd to their feet during the first song, where they chose to stand and dance through the set rather than be held by Massey’s ancient seats. That song and other After Laughter cuts like 26 and Rose-Colored Boy were the obvious highlights of the night, demonstrating the band at their tightest.

The acoustics of the space also let Williams’s brilliant four-octave vocal range shine on older songs like Ignorance and Hate To See Your Heart Break. But the juxtaposition of old and new inadvertently showed how far the band has come as songwriters. They remade some of their older songs in their new guise. That’s What You Get, for instance, always had a propulsive bassline, but it had more swing to it at Massey Hall, which was hard to disagree with.

Massive 2013 hit Ain’t It Fun’s gospel influence is evident on the single and even more so live, where the role of the choir falls onto the crowd. The call and response cleverly conflates with the gang vocal style of pop punk.

If Paramore’s last two records found them reacting to circumstances rather than determining them, their live show regains the utmost control. At Massey Hall, they showed they’ve reached a turning point. They have an incredible pop sensibility and now they know exactly how to present it.