PINEGROVE at the Velvet Underground, Friday, September 22. Rating: NNNNThank you for having arrived familiar with our material.Pinegrove frontman Evan. 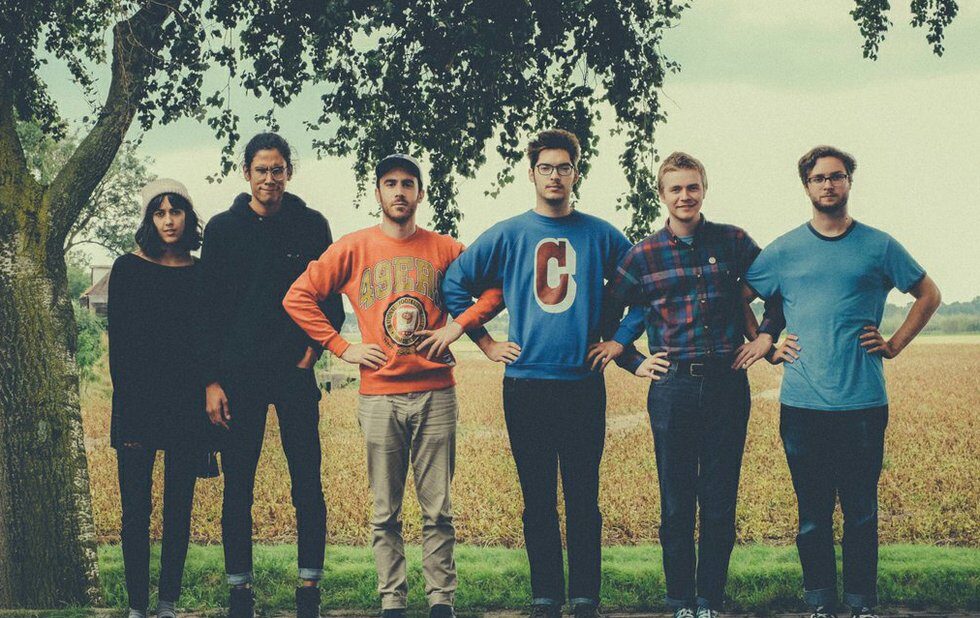 Thank you for having arrived familiar with our material.

Pinegrove frontman Evan Stephens Hall looked both grateful and surprised at his Toronto fans knowing every word to every song his band have released to date at the Velvet Underground. He should have expected it. Tickets sold out almost immediately after they were released, a true testament to just how far the New Jersey band have come since first playing the Cave just two years ago.

Last year, Pinegrove struck a chord with their second album, Cardinal, a collection of deeply observational and responsive songs that found common ground between alt-country, emo and indie rock, despite not truly identifying as any one of them. Pinegrove fever has no doubt struck the city ever since this shows four different Facebook pages were clogged with pleas for tickets.

Kicking off with the rollicking Then Again, the all-ages crowd wasted no time joining in and singing along with Hall, which they continued throughout the set. Are you enjoying yourself? Hall asked, referencing Drakes Tuscan Leather. Relating that the band listen to the music of each city they visit in advance, he admitted his fondness for the late DD/MM/YYYY and later remembered PUP. I love PUP! Theyre so good!

After introducing the bands new expanded line-up, he launched into Cadmium, which despite its lackadaisical flow, ignited the crowd. Digging into their back catalogue, they rocked out Need 2 with some uncharacteristic feedback, as well as the cathartic Problems. With Cardinal reaching 18 months in age, he noted that they werent actually touring for any particular reason other than to spread the word of human equality.

But then Hall let it slip that a new Pinegrove album is done and will receive a release in the first quarter of 2018. Our manager told us not to say anything, but we’re excited, he added with a laugh. That was followed by the new song Darkness, a radio-friendly pop song with a strong melody and relatable chorus of Ive got darkness on my mind. It will unquestionably become a big hit for them.

They ended with Old Friends followed by Aphasia, which they announced as their last song of the night. This was met with angry cries of No! Before a mutiny was planned, they returned to play Lincoln and, when it came to the ultimate song, they surrendered to the many requests for Angelina. That song is like a minute long, so well play it twice for your courtesy. I apologize to my band for promising that. And so they did, receiving rapturous applause for such genuine indebtedness.

Pinegrove have put in the time to fine-tune their chops, which has built their two-pronged audience. Their heart-on-their-sleeves lyrical profundity has inspired this generation of teenagers to worship and adore them, while their rootsy, honest-to-goodness sound has earned the admiration of the older set looking for the next great songwriter. The sky is the limit for whatever they do next, but one thing is for sure: this was definitely the last time the city will see Pinegrove play a venue this intimate.