Review: Playboi Carti’s concert was lit, even if Carti wasn’t

The 22-year-old mumble rap stalwart sleepwalked his way through most of his performance while the crowd turned up, but he saved it in the final 15 minutes 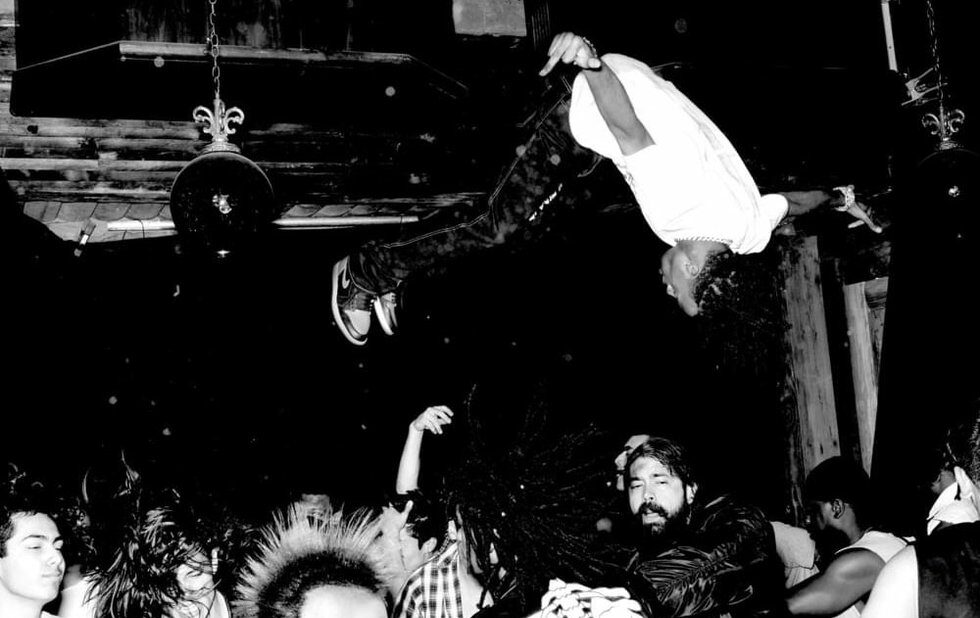 If you were to judge Playboi Carti’s concert by the endless mosh pits that broke out, or the Bape hoodie, bra and single white Air Force 1 sneaker hoisted high into the smoke-filled air, then it was a success. But onstage at Rebel, the 22-year-old Atlanta rapper had trouble matching the high-octane crowd’s energy.

The show began late with an animated Emergency Alert video, broadcast from the stage in varying toxic waste shades of neon green. “The following message is transmitted at the request of the United States government, this is not a test. Fifteen nuclear bombs have detonated in several areas across the country,” an eerie computerized voice boomed over the sold-out venue. But as the video went through its motions, its lazy “United States government” language felt generic and ill-suited to the Canadian tour date.

The forgivable mistake would have been easy to correct with a simple Toronto call-out as Carti appeared on the stage. But the rapper made no effort to interact with the crowd as he worked his way through sleepy renditions of R.I.P. Fredo, wokeuplikethis* and dothatshit! – three equally twitchy, addictive tracks that should have served as the perfect introduction to Carti’s abstract expressionism. And yet, as the rapper paced the stage in a black-and-white camo puffer jacket and only performed ad-libs, he seemed like he was just waking up.

It took Carti 30 minutes of “brap” sounds and pacing before he abandoned his drowsy persona for good. Realizing that his stage time was quickly running out, he switched into high gear, rapping every word from his verse on Nav’s Minute before kneeling to a fan holding a handmade sign to perform a personalized rendition of Home (KOD). Several oblivious mosh pits continued in the background, but the genuine moment made it clear that Carti appreciated his fans for braving the freezing December weather to come and see him, even if he had forgotten to show it for the first two-thirds of the show.

He hung his head as Long Time – the intro to his 2018 debut album, Die Lit – began blasting from the speakers. The humble gesture spoke for itself. Carti – who moved from Atlanta to New York City to pursue rap and slept on the floors of various apartments while trying to jumpstart his career – has worked hard for every blessing. It looked like he felt every word as the subwoofers boomed his own words back to him: “Just to feel like this, it took a long time.”

“Time’s up, shit hurts,” he sighed with palpable remorse after a bodyguard whispered into his ear at around 11:15 pm. But Carti wasn’t finished. He launched himself into the crowd to perform his breakout 2015 single Broke Boi, stopping patiently for fan selfies on his way from the stage to the audience.

Playboi Carti fans don’t come to the mumble-rap pioneer expecting dense lyricism, but it shouldn’t be asking too much for a rapper to rap at his own show. The performance was saved in its last 15 minutes, yet even if it hadn’t been, the crowd’s ability to turn up regardless of that is a testament to the strength of Carti’s music.