Poptone played a set at the Opera House packed with 80s goth classics, but there's a good chance a lot of people who loved those songs missed out 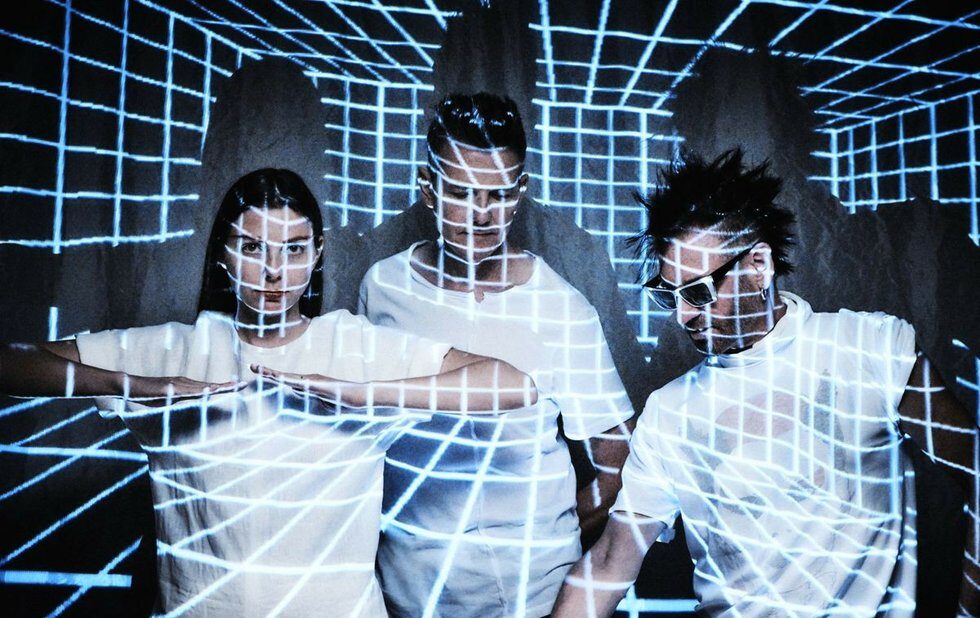 Toronto fans of Bauhaus have had it pretty lucky over the years. I’m not old enough to have caught the pioneering British gothic rockers here in their heyday, when they played legendary punk clubs like The Edge and Larry’s Hideaway. But since they first split up in 1983 there’s been no shortage of local solo dates for singer Peter Murphy and all the reunion tours have stopped here. If you need to hear Bela Lugosi’s Dead live, you’ve had your chance.

But what about Love and Rockets, the band formed by Bauhaus guitarist Daniel Ash, bassist David J and drummer Kevin Haskins? Canada was the first place to embrace their neo-psychedelic glam pop – their cover of Ball Of Confusion went gold here in 1985, kickstarting their North American career, and their biggest single So Alive was a #1 hit on our charts. But Love and Rockets split in 1999, and, notwithstanding a couple of big festival dates about 10 years ago, have resisted the reunion tour circuit. That’s the one I’ve been waiting for.

Enter Poptone: a new band that’s sort-of a Love and Rockets reunion, but without David J, that plays mostly songs from Tones On Tail, Ash/Haskins’s other side-project, which only had one album (1984’s Pop). That’s what rolled through the Opera House Saturday night, to the delight of enthusiasts who sniffed out the gig and were rewarded with beloved deep cuts and a few genuine classics from the post-punk/alternative/goth canon.

The Poptone aesthetic palette is basically 1970s blacklight posters: glowing white against a deep black backdrop. Ash, with his mohawk haircut, oversized glasses and striped tight pants, looks like a street punk character from an 80s action movie. The music channels pop and glam, surf and dub – if you filmed it and showed it in the future you’d be hard-pressed to know what year it was.

This is the second Poptone show for Toronto since Ash put the project together last year. Their gig at the Danforth Music Hall last September was half-empty, echoey, and Diva Dompé (Haskins’s daughter, who has been recruited for bass duties) seemed pretty green. This time, the band had better sound, a more confident bassist and a retooled set that built from slow goth atmospheres (Haunted When The Minutes Drag, Movement Of Fear) to full-on dance party (yeah, they played Go!).

Ash is a great guitarist, often underrated or overlooked in the long shadow of Bauhaus’s spooky image and theatrical lead singer. But as the leader of Poptone, when he shifts from acoustic to electric (sometimes in the same song), his versatile, muscular playing steals the show. (He says nothing to the crowd save for dedicating Tones on Tail’s Lions “to the Leos.”)The highlight was a noisy, extended rendition of Ball Of Confusion. The 1970 Motown protest song was delivered with pointed potency – it’s hard not to notice that people all over the world are still dying in the wars, while the band plays on….

I left the show with the same question I had going in: why not follow the successful template of other 80s legacy acts and do a classic album tour? Bill this as Tones on Tail plays Pop? Or go for the real money, and book a full-scale Love and Rockets reunion? For sure hundreds of people in this city who love those songs had no idea who this band Poptone were, and missed out. But then I remember both Bauhaus and Love and Rockets broke up at the height of their commercial success. They’ve never played by the rules and aren’t going to start now.