Review: Kehlani’s headlining set was a coup for Toronto Pride 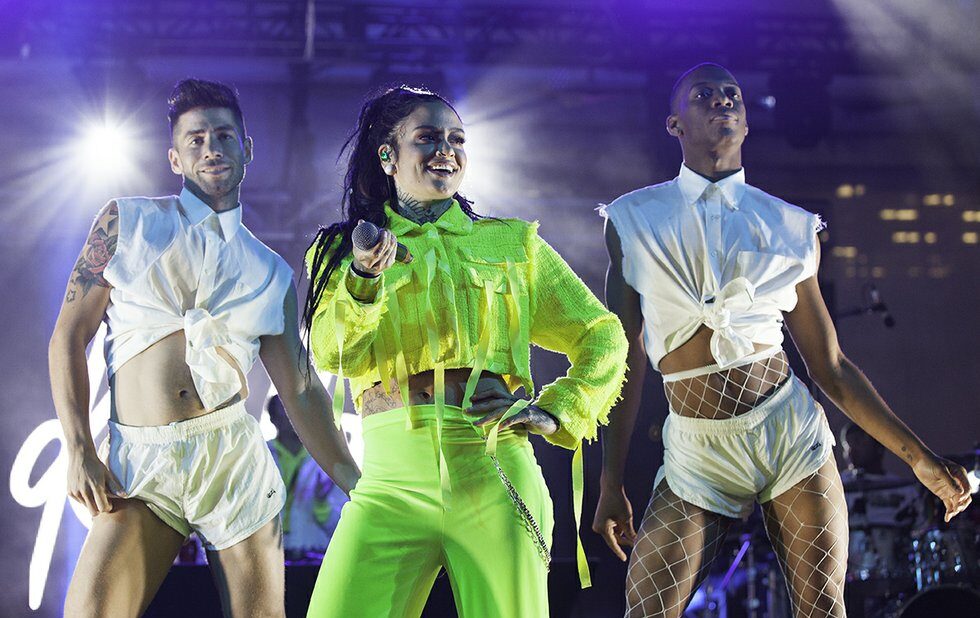 Queerness is having a moment in pop music thanks to a new generation of artists who are speaking frankly about sexuality and desire in ways that feel authentic and relatable.

There’s still a way to go to break the music industry’s parochial male gaze, but such wider systemic concerns melted away for an hour on Friday night when Kehlani hit the stage at Yonge-Dundas Square for a free outdoor show as part of Toronto Pride.

Her booking felt like a coup for a festival at which music can often feel secondary to partying. Not only is the Oakland-based singer/songwriter proudly queer, but she’s a charismatic live performer with a devoted local fanbase of mostly young women and girls. In fact, she’s so queer she’s headlining three North American Pride festivals this month. She wound up swapping her original Sunday slot with R&B icon Brandy, but if you didn’t get the memo and showed up expecting Brandy, you likely left a Kehlani fan.

Like Brandy, Kehlani has been in the music business from a young age. Though she has yet to have a smash-hit single of her own, she’s landed several high-profile guest features in recent months that have upped her radio presence. She danced and sang with ease and proficiency as she moved through a tight, hour-long set that mixed standouts from last year’s SweetSexySavage album with a smattering of deep cuts.

What makes Kehlani’s music so appealing is that it references a variety of familiar R&B and pop styles, namely the feel-good 90s, but without ever feeling cravenly throwback. Dressed in a bright yellow fringed jacket-top and matching stretchy pants, she and four gender stereotype-defying dancers appeared and immediately fell into lock-step line dancing choreography to the snappy Keep On. Backed by a DJ, guitarist and drummer, she was straight into high-octane pop star mode, breezing through four bright songs before seguing into slow jams with classic R&B and neo-soul (the definition of which she explained for younger fans) feels, such as The Way and Down For You.

Though backing tracks helped out during choreo-heavy moments, the set list gave Kehlani plenty of opportunity to showcase her vocal clarity. A straight-up cover of Tamia’s So Into You, sung into the eyes of a fan in a wheelchair while perched on the crowd barrier, sounded note-perfect and she dipped into rapping with her speedy verse from Saweetie’s ICY GRL (BAE MIX). A moment with lead guitarist Francesca Simone on stripped-down queer love song Honey was sweet, if slight, though typical of her recent emphasis on female pronouns in love songs.

Past Toronto shows have featured lengthy speechifying about self-love and empowerment, but the short time slot left little time for banter. The clouds finally unleashed a rain shower at the end of the set, rendering the Super Soakers Kehlani and her dancers fired into the audience during set closer CRZY redundant.

While Pride is often derided as being a playground for masc4masc white dudes dancing to retro dance-pop, the ascendency of a queer, R&B-led pop artist to headlining status somehow felt simultaneously noteworthy and unexceptional. Honey might be the closest thing Kehlani has to obvious queer anthem, but everything happening on stage seemed so effortlessly queer. Who needs just one song? 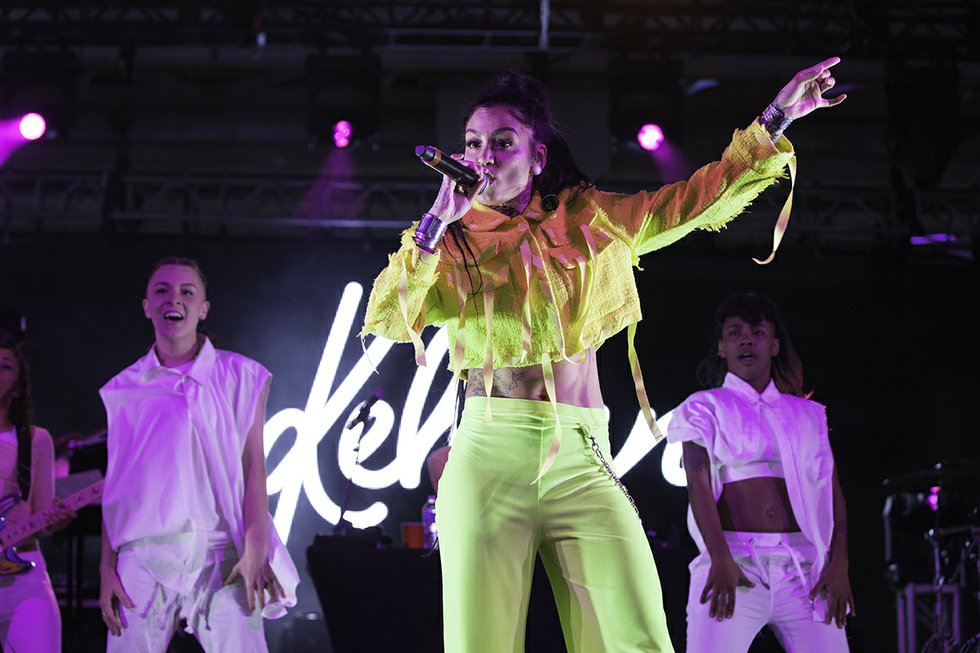 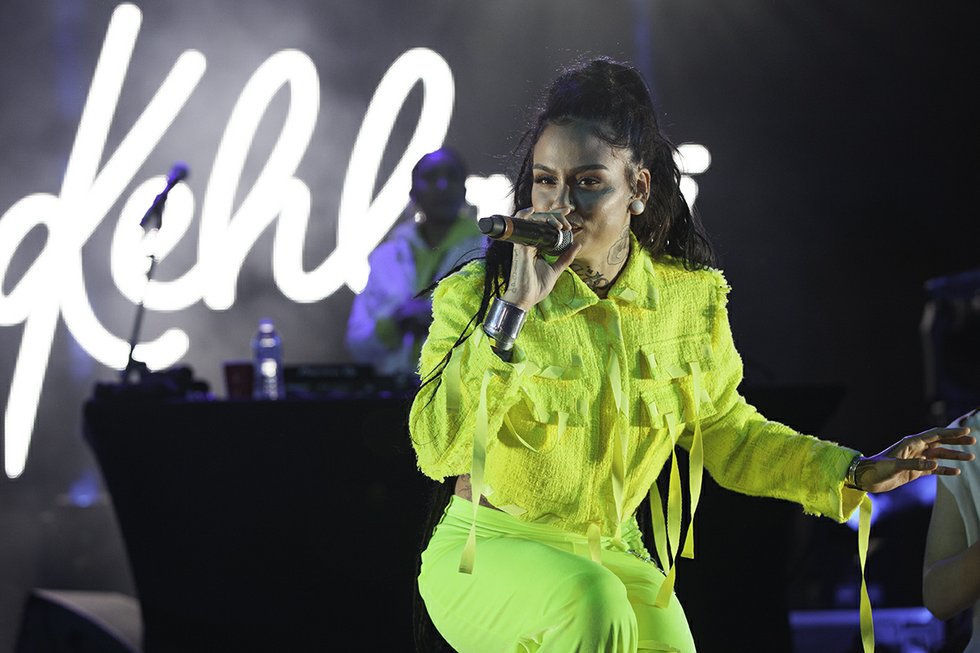 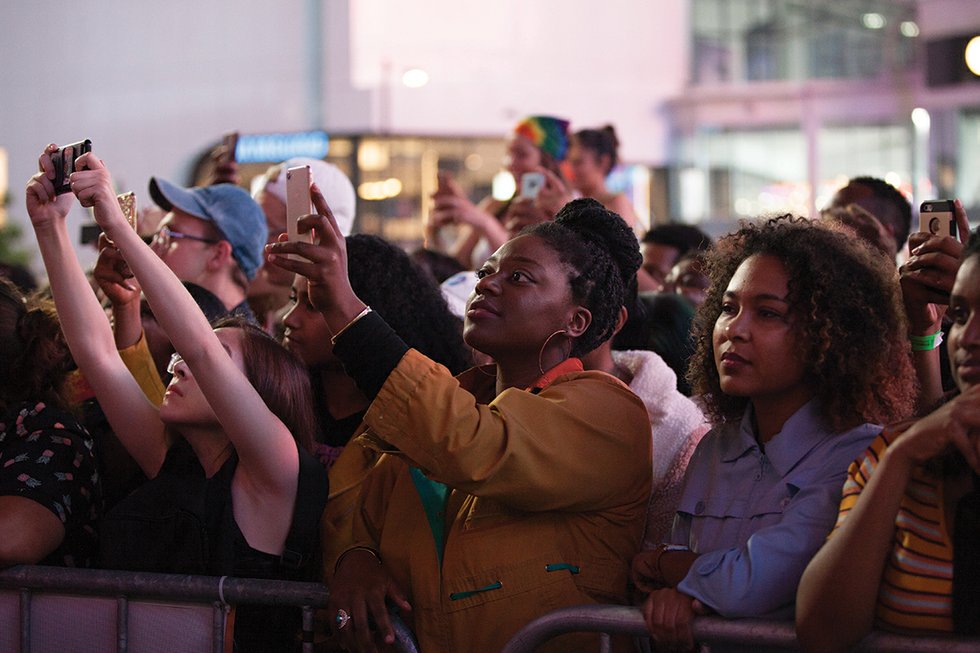