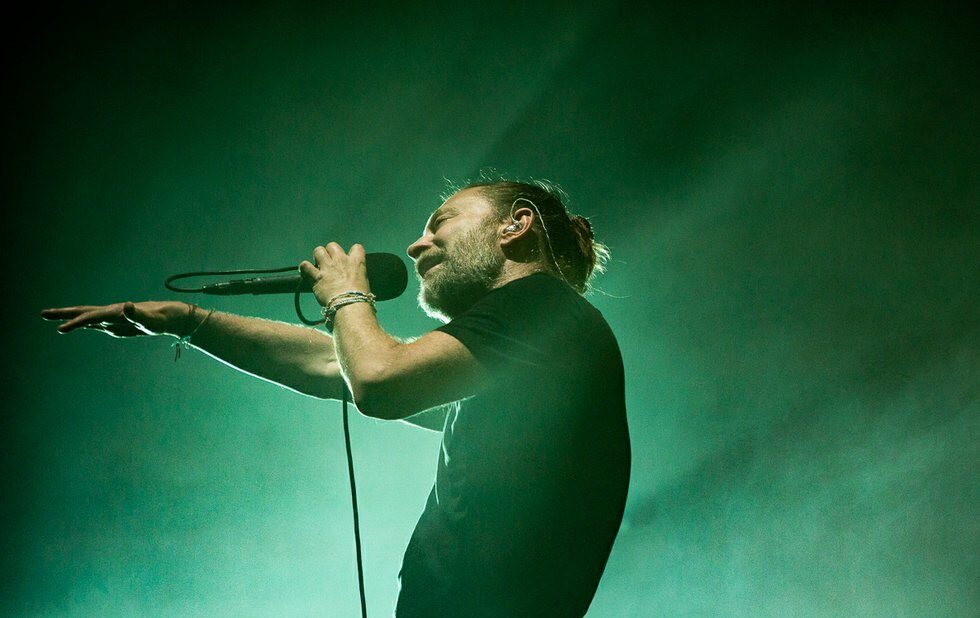 “Six years ago we wanted to do a show in Toronto,” said Thom Yorke before the final song of Radiohead’s concert at Scotiabank Arena. “The stage collapsed, killing one of our colleagues and friends. The people who should be held accountable are still not being held accountable.

“The silence is fucking deafening.”

It was a poignant, confrontational end to a show with a decade’s worth of anticipation. It was the capper to the first of two performances in Toronto, the legendary English art-rock band’s first since a tragic stage collapse during a soundcheck for their scheduled June 2012 concert at Downsview Park killed the band’s drum tech, Scott Johnson.

Within moments Yorke’s words were all over music sites, from Consequence of Sound to Pitchfork. You’d assume from the coverage that the whole show was a vitriolic challenge to the lingering injustice of the aftermath of the stage collapse, which has been dragged through Ontario courts ever since. But until the final encore, it was, for the most part, a standard, though excellent, Radiohead show.

Until that moment over two hours into the concert, the band had said little to the audience. Instead, they loaded the set list with tracks from their decades-spanning discography (aside from their debut, Pablo Honey – no Creep on this night). They showed off all their facets – dreamy and atmospheric on songs Like Spinning Plates and Morning Bell, big and anthemic on No Surprises and the show-stopping Street Spirit (Fade Out), propulsive and percussive on burners Myxomatosis, Ful Stop and Where I End And You Begin.

An oval-shaped screen behind them alternated psychedelic projections with fractured, kaleidoscopic images of the members’ faces and hands, and a mirror-ball-like light pattern filled the arena between each song. 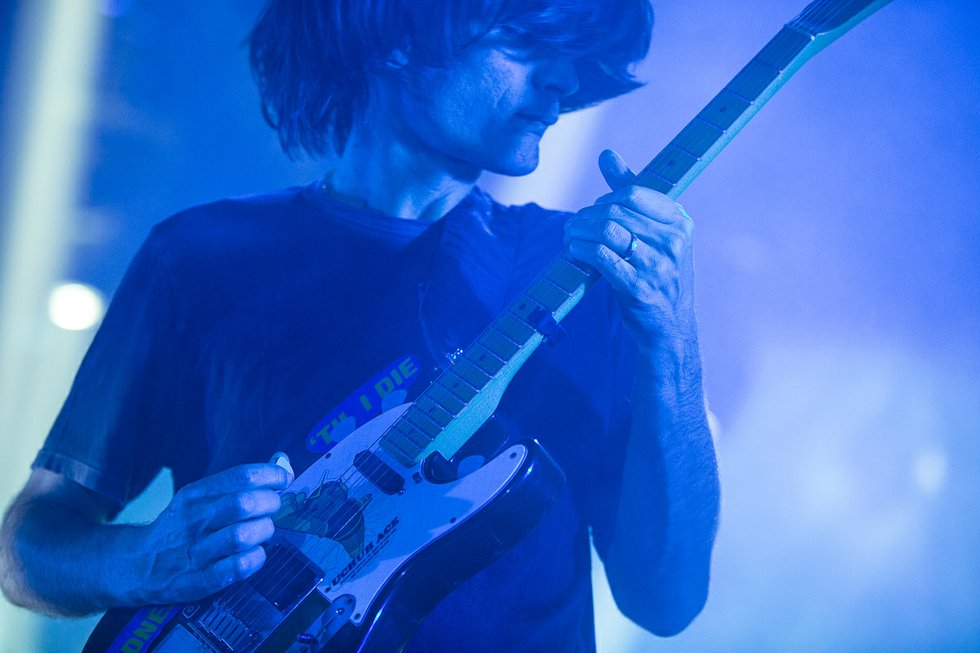 Guitarists Jonny Greenwood and Ed O’Brien got a few chances to indulge in furious, exaggerated riffing, especially on the blistering Bodysnatchers. But drums were often the loudest, most driving instrument, with Philip Selway joined by a second touring drummer, Portishead’s Clive Deamer. Those tracks gave Yorke a chance to step out from his piano or guitar and indulge in some of his unmistakable elastic dance moves. That was especially true during the second encore one-two punch of their most bleak electronic-textured tracks, Kid A’s Everything In Its Right Place and Idioteque, which the band played in remixed, voice-sampled versions while Yorke shimmied across the stage like only he (or maybe Ian Curtis) can.

Still, if you were looking for bittersweet subtext, there was a lot to be found. It was there in the mournful tone of songs like Videotape and meditative set opener Daydreaming. It was there in lyrical fragments: “There’s an empty space inside my heart,” “Truth will mess you up,” “We’ll take back what is ours.” But that’s always been part of the appeal of Radiohead – their lyrics are evocative, angsty, existential, political, paranoid and vague enough to be scrawled in high-school journals, pored over and examined deeply without definite interpretations.

It’s that, and their ability to translate avant-garde electronic and contemporary classical ideas into the context of a rock song, that has turned them into the world’s biggest cult band, one that can easily sell out two nights in an arena. 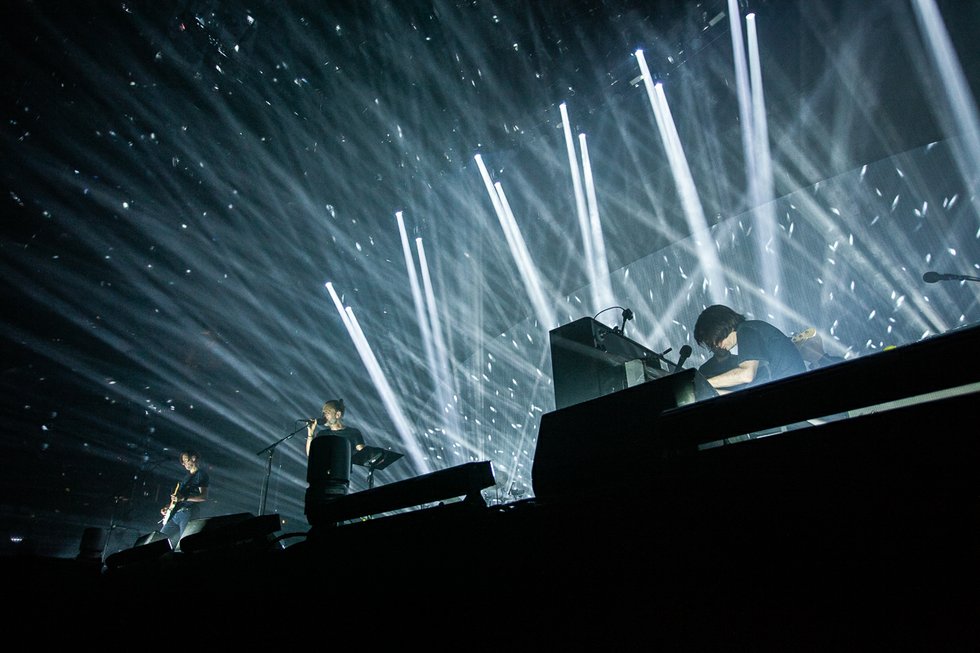 It’s rare that Yorke or the band spells out their specific frustrations with such specificity as “the silence is fucking deafening,” and that made the moment feel all the more powerful. He followed the speech with a moment of silence. Unfortunately, it was as plaintive as it was cringe-worthy, as a few members of the crowd punctured the moment with tone-deaf screams of “We love you!” There were also more well-intentioned cries of “Justice!” and “Scott Johnson,” but the timing felt wrong.

Still, the band thanked the audience and led into a moving version of Karma Police, with the crowd joining in on the rafter-raising and chill-inducing choruses of “This is what you’ll get when you mess with us.” They thanked the crowd again and seemed like they were going to leave the stage, but then Yorke strummed the chords again and the crowd joined in for a second time, singing the lyrics for him.

If you spent the night looking for a one-of-a-kind moment of collective catharsis, this was it. Six years of injustice led up to it. But it wasn’t quite an exorcism – though the stage collapse case was thrown out of courts, there is a coroner’s inquest still to come. And so the unresolved tension lingers as the band heads into its second night in Toronto. 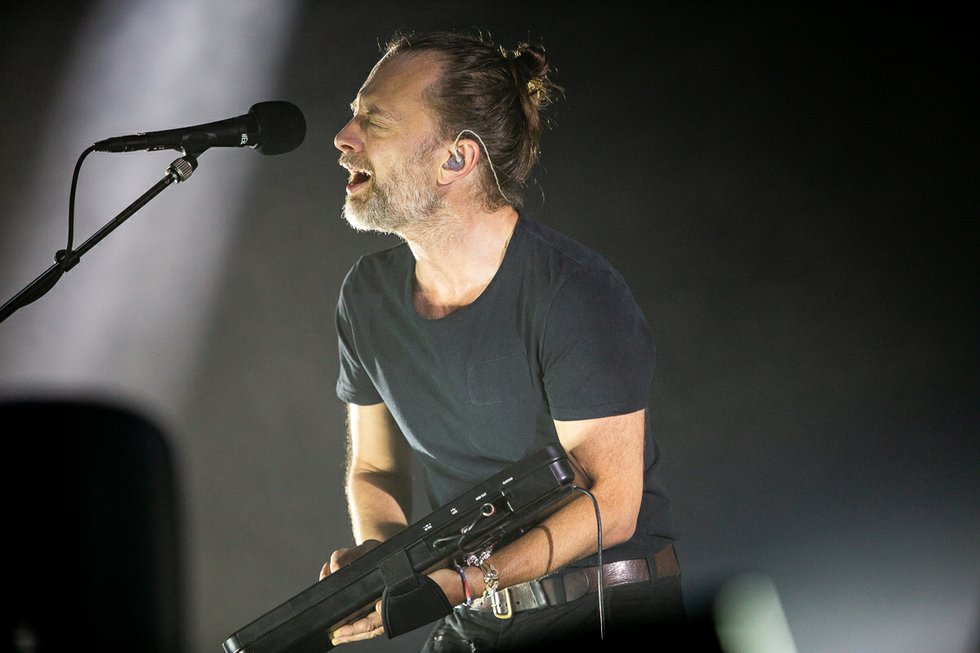 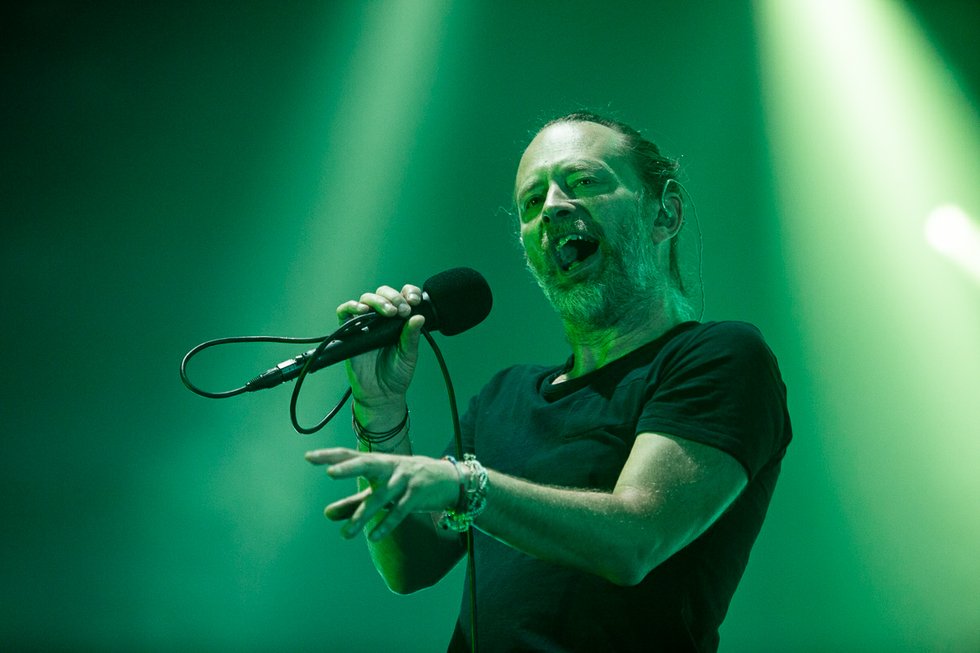