The singer/songwriter's music has always been relatable, but the connection between audience and performer felt palpable 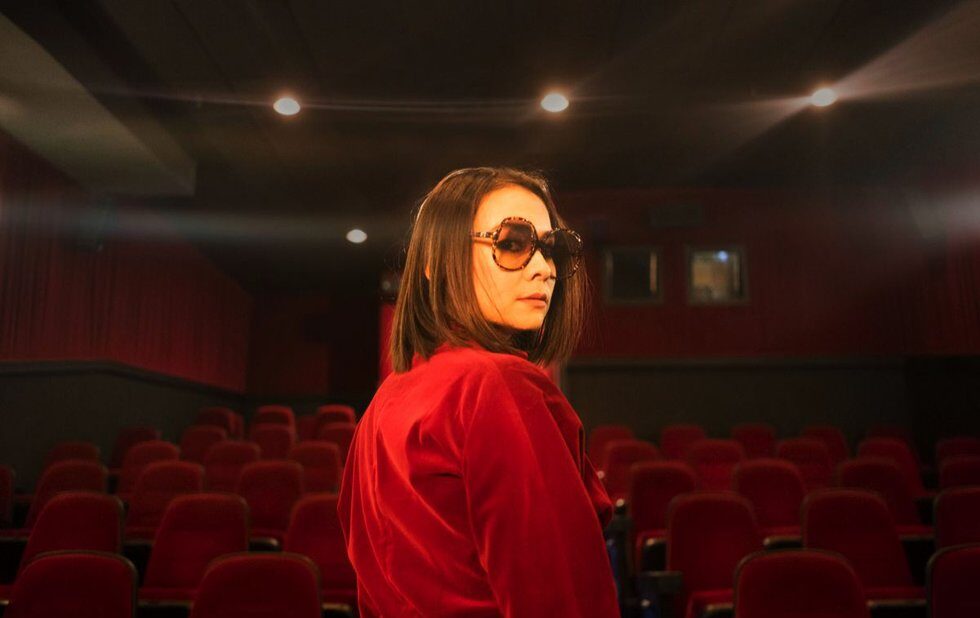 Early into Mitski’s sold-out show at the Danforth Music Hall, a voice cried out from the audience: “I’d die for you!”

A few people chuckled at the declaration, but the voice sounded dead serious.

That’s the effect of American indie rock star Mitski Miyawaki. When she performs, you’re transfixed by her powerful voice, which can transform from wistful to intoxicating within a few bars, and by every elegant flick of the wrist or hair flip that punctuate her words.

Mitski’s music has always been relatable – her songs about romance, loneliness, depression, ex-lovers and anxiety sting in their emotional familiarity – but the connection between audience and performer felt palpable at the Danforth.

While Mitski usually played guitar on her previous tours, she left all of the instrumentation to her backing band, who were tucked into the shadows of the stage. Untethered and free from guitar cables, Mitski treated the show as equal parts rock concert and art performance.

As three screens projected images like floating rose petals, smoke plumes, desert highways and calm lakes, Mitski danced and swayed, her hands extending like swan necks during the rollicking Washing Machine Heart, and she low-key vogued during the disco-pop gem Nobody, both of which are from her critically acclaimed new album, Be The Cowboy. (The setlist was a mix of songs from Be The Cowboy, her breakthrough album, Puberty 2, and 2014’s Bury Me At Makeout Creek).

Throughout nearly the entire show, Mitski remained composed, only appearing to let loose for a couple of moments. During Townie (from Bury Me At Makeout Creek), she jumped up and down, her arms flailing at her sides, as she sang, “I want a love that falls as fast as a body from the balcony,” a small smile creeping across her face. “I am not gonna be what my daddy wants me to be.”

The most vulnerable moment of the show came near the end, when her guitarists, keyboardist and drummer left the stage and Mitski was alone at the microphone with an acoustic guitar. She performed A Burning Hill, a less than two-minute track filled with heart-on-your-sleeve confessions to an ex-lover that made the former rapturous audience go completely quiet. Such is the force of Mitski.

Earlier in the night, New York-based electro-pop duo Overcoats were bubbly and bright during their opening set. In matching oversized blazers, Hana Elion and JJ Mitchell bounced between pop bangers and country ditties, dancing with each other like they were the stars of their own middle-school dance.