The country-pop superstar's return to Toronto gets illustrated in all its glitzy, folksy glory 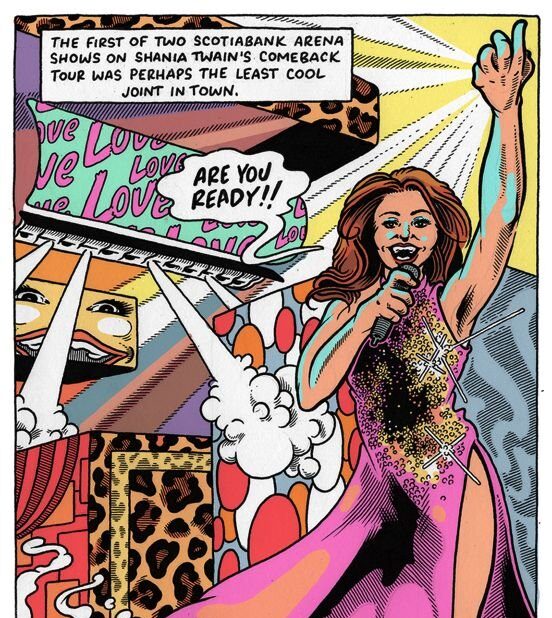 Shania Twain has said farewell before, but the Canadian country-pop superstar was back in Toronto at Scotiabank Arena for a pair of concerts on July 6 and 7 as part of her Now Tour. Naturally, we had to be there. And there was only one person who could capture the strange mix of Vegas glitz and folksy charm in all its kitschy, corny glory: NOW’s comic concert reviewer Eric Kostiuk Williams. 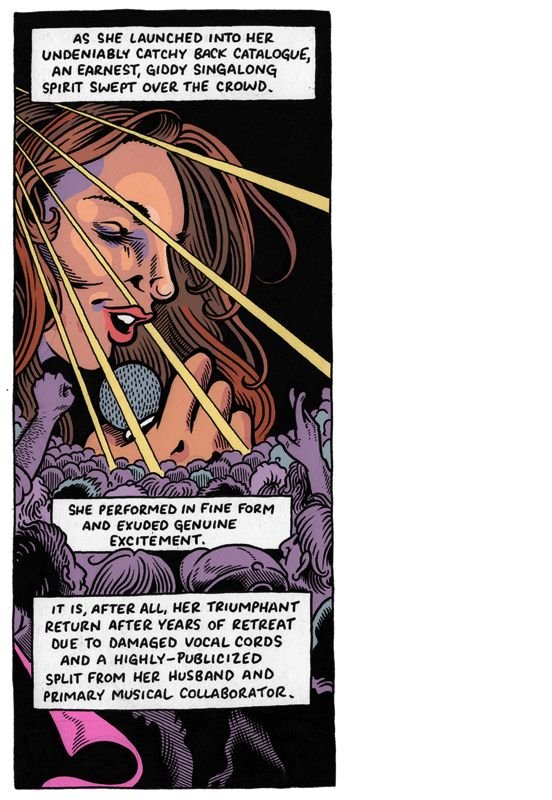 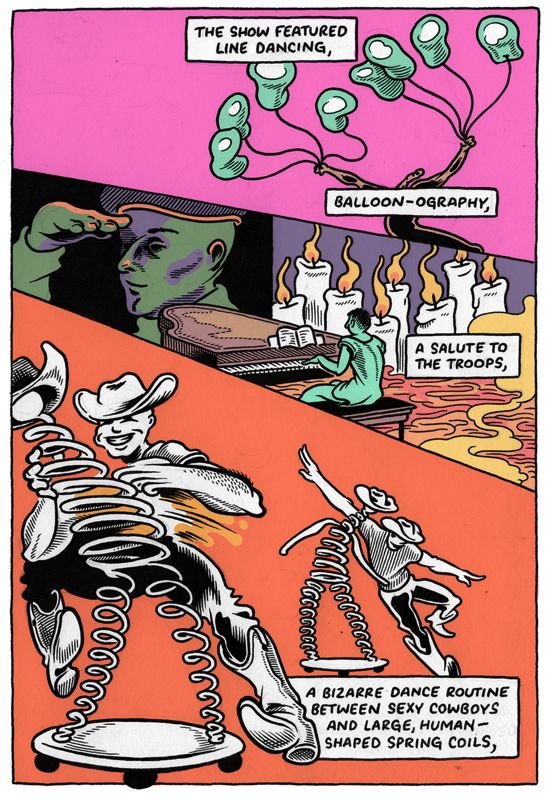 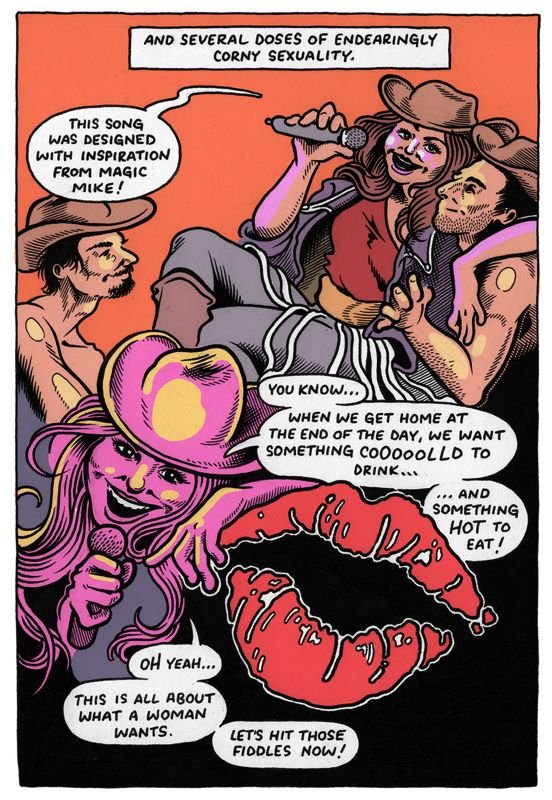 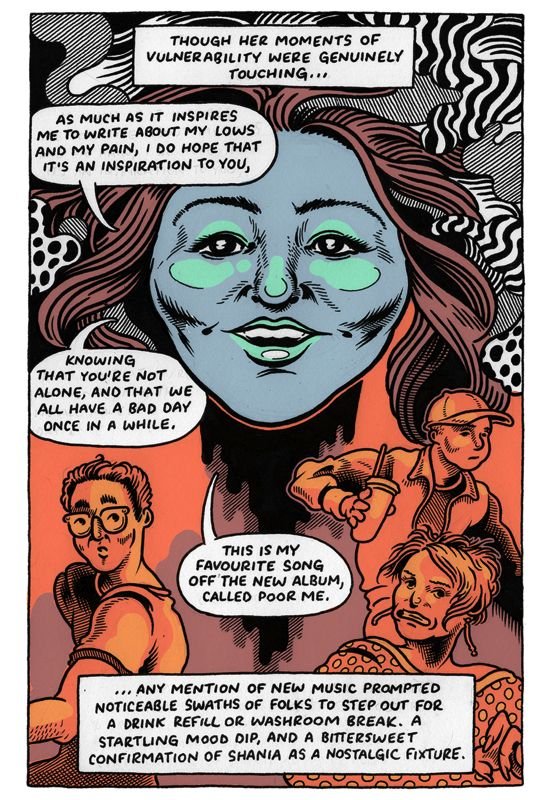 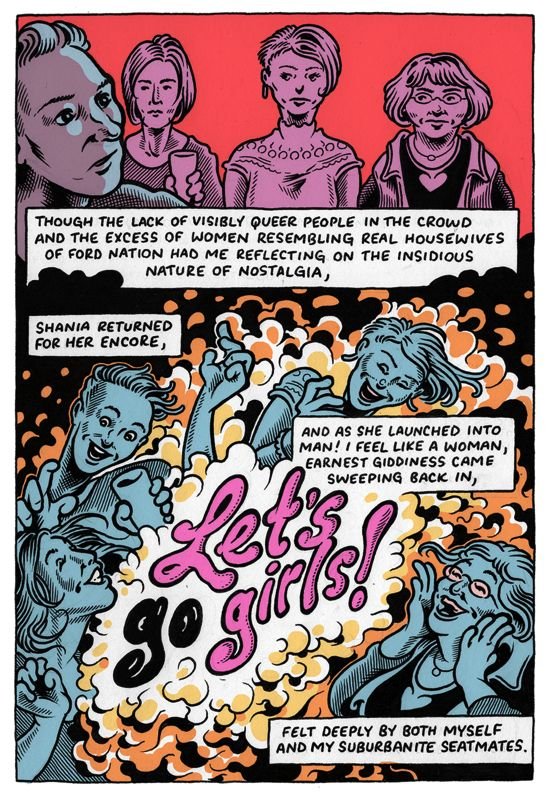 A full-page version of this comic will appear in the July 12 issue of NOW Magazine. Check it out below. (Control-click or right-click to pop out the image and zoom in.) 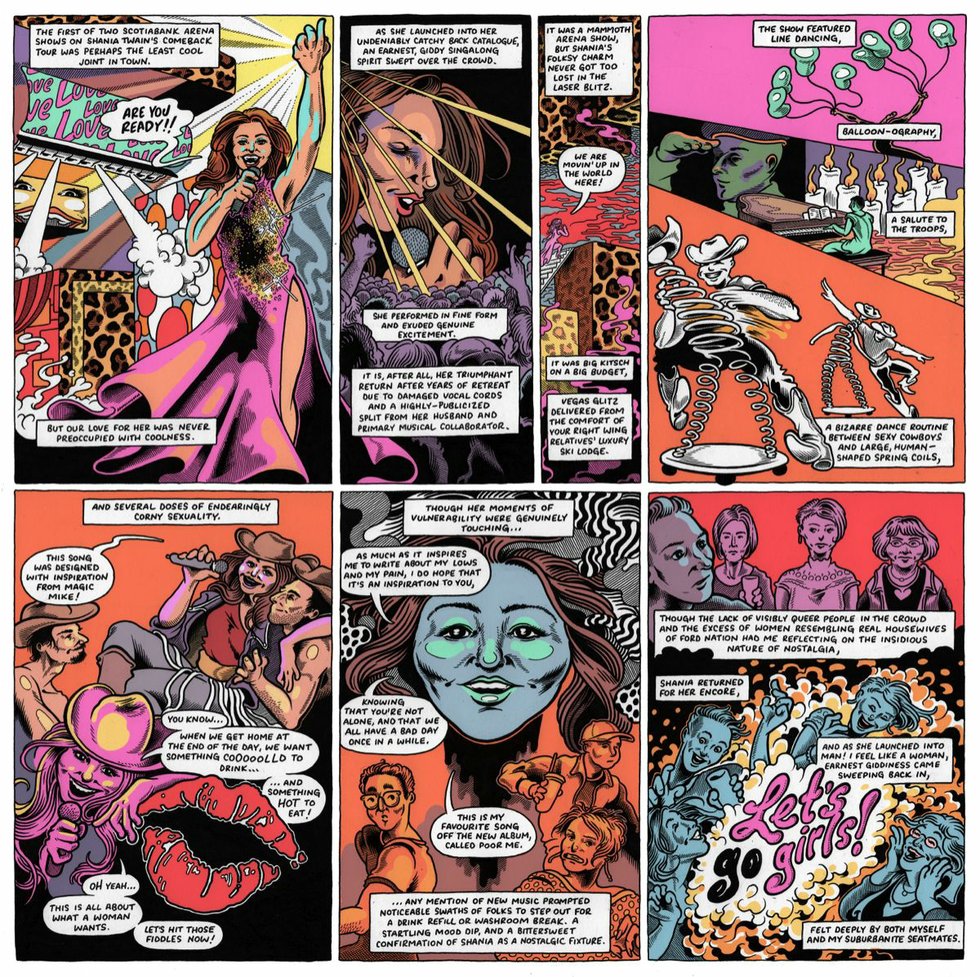