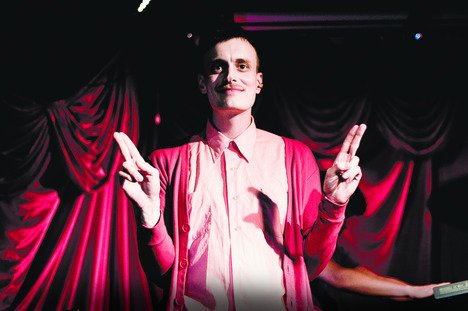 When’s the last time you had your mind blown by instrumental music played on two acoustic guitars? What’s that? Never? A Rodrigo y Gabriela show will right that wrong. The Mexican duo’s nearly two-hour Toronto debut was so much more than the display of flamenco-and-thrash-flecked guitar virtuosity heard on their albums.

For one, the spirit of rock ‘n’ roll clearly resides inside these former heavy-metal bandmates, who left Mexico for Ireland in pursuit of their dreams. In unassuming T-shirts and jeans, they grinned and headbanged their way through fast leads (Rodrigo Sanchez’s chief contribution) and percussive strumming (Gabriela Quintero’s) that included speed-of-light knuckle-rapping and palm thumps that replicated the sound of a bass drum.

Their tunes masterfully meld disparate worlds – Mexico and Ireland, Latin rock and speed metal – leaving us with something entirely original. Add in Quintero’s anecdotes about learning English from the Irish (“Fuckin’ hell, gimme a pint of Guinness”), a cover of Metallica’s Orion and a joyful, clap-along encore and, well, the ecstatic Phoenix crowd got a night they won’t soon forget.

SOULJAZZ ORCHESTRA and DUB MONKEY as part of the NUFUNK FESTIVAL at Revival Rating: NNN

Ottawa’s Souljazz Orchestra have made a name for themselves over the past eight years for their authentic take on Afrobeat. On their most recent album, Rising Sun, they reach beyond the formula set down by Fela Kuti to include straight-up soul and Ethiopian jazz. And judging from the action on the Revival dance floor, their fans are receptive to the expanded sound.

But they would’ve come across as significantly more daring had local weirdos Dub Monkey not been the openers. The gang of hippies combined drum ‘n’ bass influences with live sitar, didgeridoo, accordion and clarinet, making for a unique brand of global funk. By comparison, Souljazz Orchestra seemed almost conservative.

Something seemed off about the crowd outside the El Mocambo for orchestral post-rockers Efterklang. Many seemed too young to be there and too rowdy to appreciate the band’s soft, delicate songs. Once we got inside, things made sense – there was an all-ages ska-punk show upstairs. Its volume threatened to overpower the Danish band for much of the show, something the El Mo might want to consider when booking quieter acts.

To their credit, Efterklang seemed unfazed by the overhead pounding, which died down enough that the artfully arranged vocal harmonies in their final songs cut through. Performing as a six-piece (down from the 30-plus musicians who’ve appeared on albums), they managed to approximate their carefully constructed, layered recordings. For a band whose songs tend toward the serious, they appeared to be having lots of fun, especially lead singer Casper Clausen, who tackled the sound wars in good spirits.

When Alkaline Trio were still a fledgling pop punk trio of Chicago drunkards stumbling through the late 90s with their heartfelt, Hüsker Dü-style songs, the word “emo” had yet to become dirty.

Fifteen years, seven albums and a few Warped tours later, co-frontmen Matt Skiba and Dan Andriano are now uncomfortable poster boys for the maligned genre. But on Saturday they showed glimpses of their old selves and rocked the emo kids in the process.

Skiba, who often dresses in horror film garb but played it straight at the Phoenix, hammered at his frequently changed guitars on gems like 2000’s Fuck You Aurora, and Armageddon and Mr. Chainsaw off 2001’s must-hear From Here To Infirmary.

Andriano, whose songs sound like they were written immediately after a hell-bound bender caused by a bad breakup, bellowed the words to Crawl – “Seeing lights, feeling pain, there’s my cure on ice” – in his distinct, sad moan. These are adult problems, and the emo kids couldn’t get enough.