After 31 years, how does SXSW stay relevant? 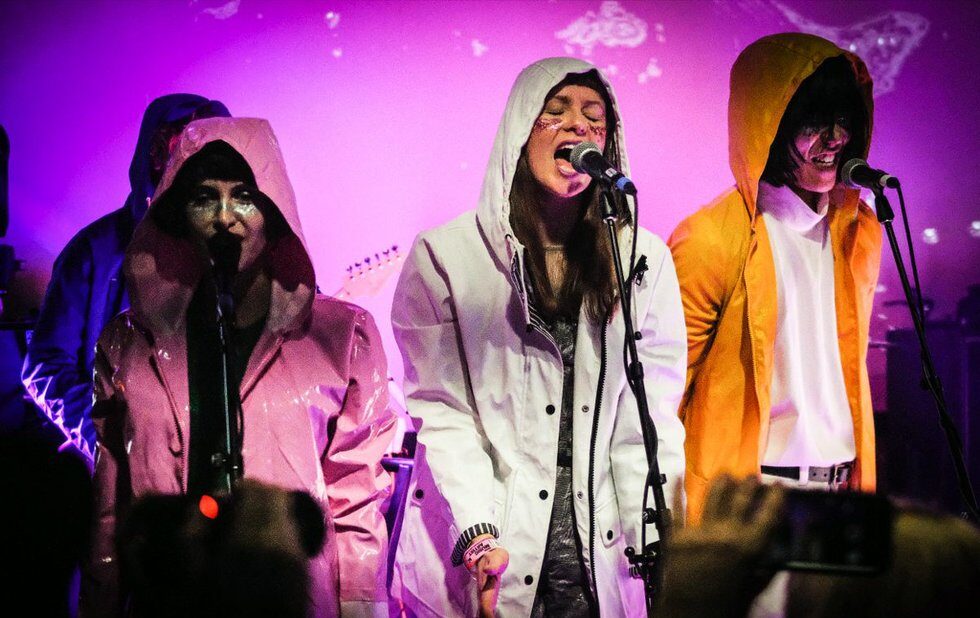 SXSW just wrapped up its 31st year showcasing the emerging talents of music and tech from around the world. With so many other showcase festivals to attend, you have to wonder: after all these years, how does the Austin festival stay relevant?

The answer seems to be diversity and size.

I’ve been to SXSW seven times. Every year it’s felt a little bit bigger – until last year, the first under President Trump. This year did feel much quieter than the pre-travel-ban era, but that seemed like a conscious decision by festival organizers to scale back, or at least keep it from getting too out of hand. There was also a concerted effort to decrease unauthorized performances, with police shutting down quite a few due to permit issues.

But the biggest noticeable difference was the increased political edge, and welcome diversity in the programming.

That’s the kind of messaging major brands were aligning themselves with at SXSW 2018. The popularity of #MeToo movement, Black Lives Matter and Time’s Up has spilled into corporate America and into SXSW.

Organizations are siding with more left-wing-leaning groups and supporting marginalized people in an era where the news is dominated by Republican rhetoric.

will.i.am’s company was sponsoring a Girlschool (L.A. based women’s festival and conference) event where Lido Pimienta performed and spoke on a panel called Hashtags Into Action, about intersectional feminism and racism. This was happening not in a stuffy convention centre but on the street.

There’s been a lot of talk about gender parity in the music industry with the launch of Keychange in February, in which 45 festivals worldwide signed on to pledge to be gender-balanced by 2022 (including our own CMW and NXNE). SXSW feels like it’s already there. All the showcases I attended were gender-balanced, and the crowds enjoying the music came from all backgrounds and ages.

There was a vibe that if the politicians aren’t going to get with the changes, the people, brands and corporations will – because brands are often the first to utilize a grassroots movement for their own profit. (Hello, capitalism!) 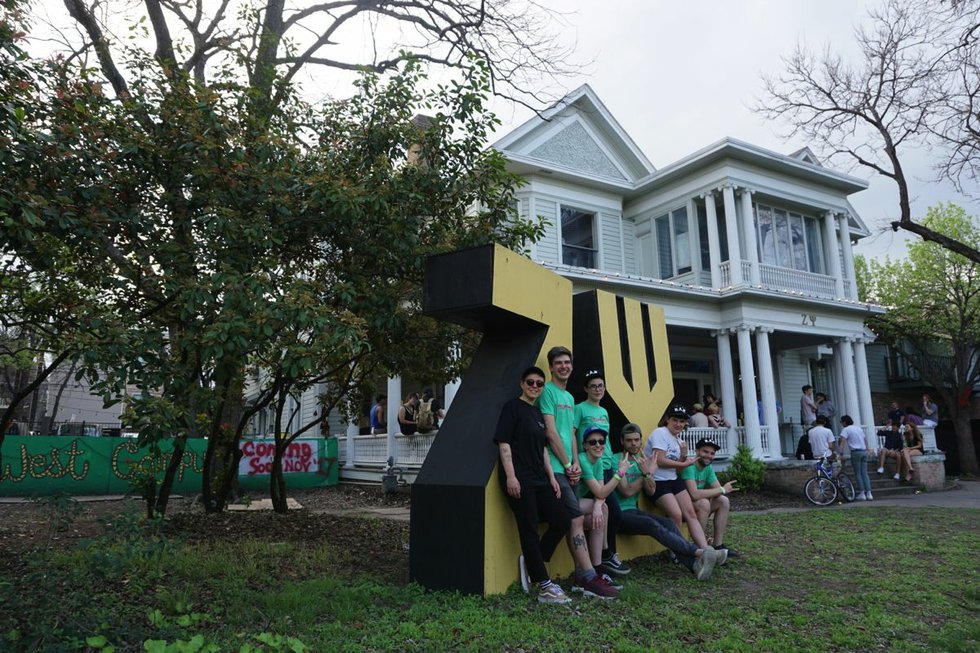 On Saturday, I found myself watching bands at a frat house, which is something I never thought I would experience. The audience was mostly womxn, non-binary and very liberal men. The organizers took donations for RAINN (America’s Sexual Assault hotline), and I later learned they raised $1,500. There was also a consent disclaimer on the Facebook event page. It was nothing like the frat parties I’ve seen in American college movies.

Canada, and specifically Toronto, had a large presence, with artists like FRIGS hypnotizing the crowd thanks to Bria Salmena’s possessed vocals and commanding stage presence. Rapper Cadence Weapon kicked off the entire Canadian Blast week programming on a sunny Wednesday afternoon as guests sipped cocktails and swayed along to music from his latest album, including key track High Rise, about gentrification and condos.

Also representing Toronto were Casper Skulls, AHI and Yamantaka // Sonic Titan, all performing to large international crowds. Women In Music Canada worked with the City of Toronto and MusicOntario to present TiKA and Tasha the Amazon as part of a stellar Canadian lineup. 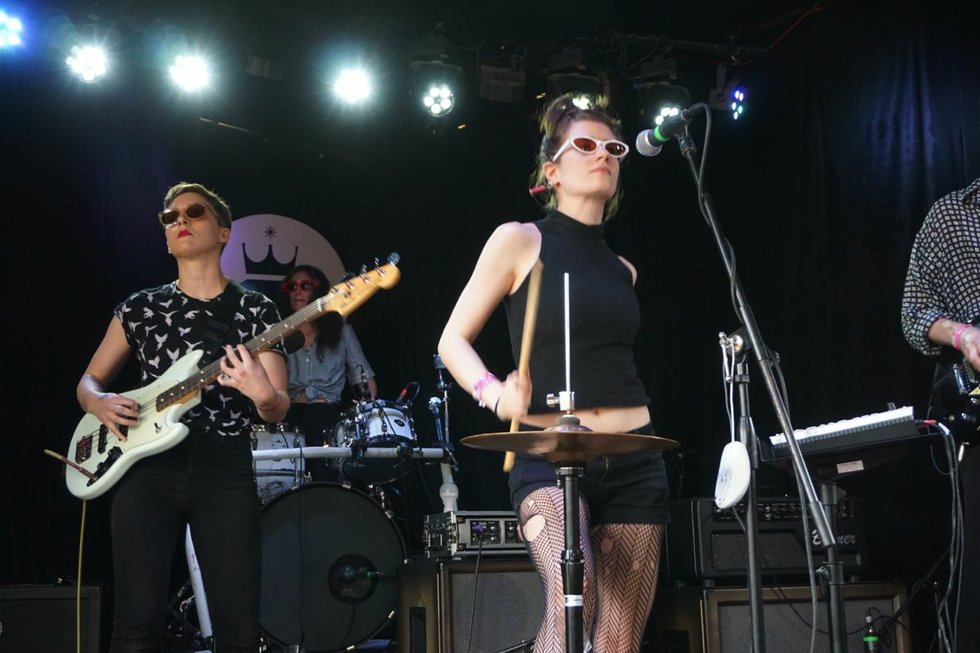 Something For Your M.I.N.D.

My discovery highlights included NYC’s Bodega, an art rock band with two drummers who reminded me of the dance punk of the early 2000s, shouting in an off-kilter way about equality. (Check out latest single How Did This Happen!?.) IDER, a two-piece vocal-pop duo from the UK, made their American debut at the festival, and though they were musically sparse, their vocal melodies had a sonic presence that was hard to ignore. Anna Burch, Detroit’s new indie rock darling, made me want to bounce along with a giant smile.

I also discovered that UK grime doesn’t translate well to American audiences. Chart-topping artists in their home country, like North London’s Wretch 32 who played to mostly British industry and other ex-pats, played to half full venues.

Last but not least, one of the most hyped bands of the festival, Superorganism, an eight-piece collective with roots in the UK, Korea, Japan, Australia, New Zealand and the U.S., packed their Saturday night showcase with as many people outside on the street as inside the club. If their brand of quirky everything-goes indie pop isn’t your thing, at least check out their throwback late 90s website, which even includes a guestbook (!). Remember the days of Geocities? Superorganism are bringing it back. 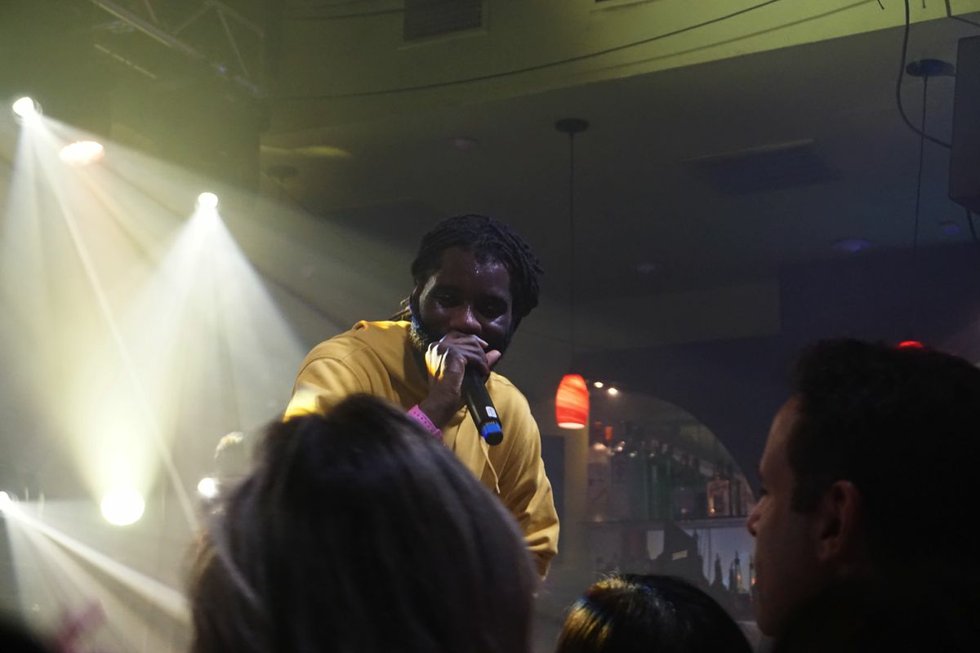