NOW MagazineMusicConcert reviewsReview: The Weeknd shares the spotlight at Rebel

Review: The Weeknd shares the spotlight at Rebel 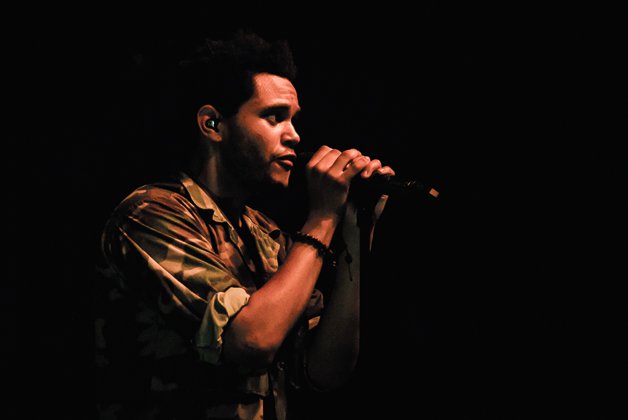 THE WEEKND, NAV, BRYSON TILLER and THE NEIGHBOURHOOD as part of HXOUSE LIVE at Rebel, Tuesday, November 6. Rating: NNNN

In between scattered chants from the packed crowd, The Weeknd reflected, “being in Toronto these past two days, I haven’t been this inspired in years.”

In many respects, Abel Tesfaye is in top form, so this comes as no surprise. In the last year, his EP My Dear Melancholy, debuted at number one, he headlined Coachella, he reunited with his on-again-off-again girlfriend Bella Hadid and Barbra Streisand cited him as a muse. Next up: more new music.

“I want you guys to be the first to know that I’m working on my new album right now,” he revealed. “Chapter six coming soon.”

His revelation was met with roars from the sold-out crowd at Rebel, but this show, which featured sets from The Neighbourhood, Bryson Tiller and Nav, was less a celebration of The Weeknd’s personal triumphs than of a Toronto collective’s come-up that came alongside his journey to pop stardom.

More than clout, The Weeknd is bringing tangible resources to Toronto with Hxouse, a newly launched artist incubator fostering the next generation of creatives. The passion project is being headed by his XO brand and label’s creative director La Mar Taylor and entertainment marketer Ahmed Ismail. This show at Rebel, dubbed HXOUSE LIVE, was the launch party.

While Hxouse itself hinges heavily on The Weeknd’s star-power, the live show saw the Scarborough native sharing the stage with his local contemporaries, like his XO labelmate Nav, plus surprise guests 88GLAM, Gunna and Belly, as well as U.S. acts that have derived much from his distinct brand of chilly emo R&B, like openers The Neighbourhood and Bryson Tiller.

Making the lineup all local acts would have been the obvious choice, but hearing the sonic parallels between The Weeknd and emerging American artists felt symbolic of the expansive breadth of his impact and the potential for it to spread outwards – now with the help of Hxouse.

The Neighbourhood got the show off to a dynamic start by literally jolting the crowd to attention with a loud scream from frontman Jesse Rutherford. While the California natives weren’t the stars of the night, the band’s dreamy electro-pop songs left a lasting impression, as did Rutherford’s commanding stage presence and charming ad-libs (“Ladies put your hands high, fellas shut the fuck up”). 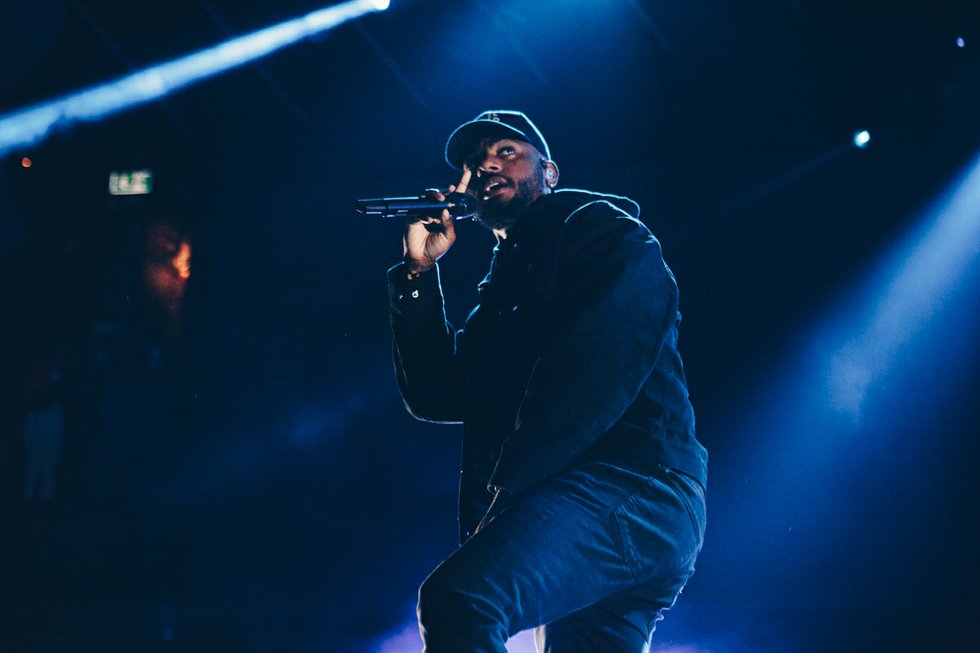 Bryson Tiller then took the stage in his signature baseball cap and quickly dipped back into his 2015 debut Trapsoul with songs like Sorry Not Sorry, the Grammy-nominated Exchange and his breakout song, Don’t. There were newer tracks too, including his latest release Canceled, but his older material got the most rousing response. 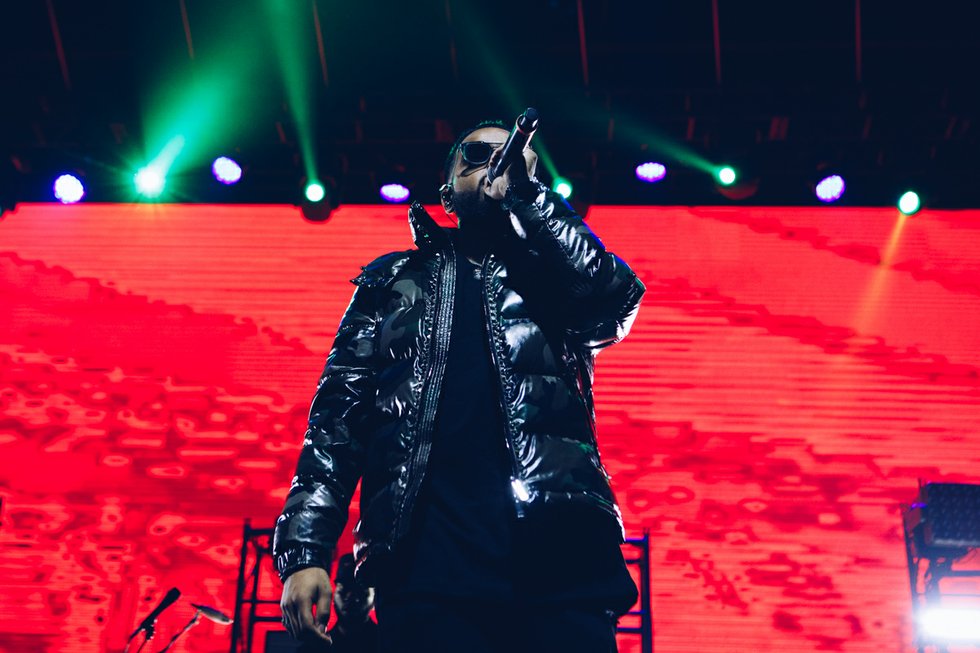 Rexdale beatmaker-turned-artist Nav followed and sped through his bass-heavy bangers in his signature monotone. The energy picked up significantly when he brought out fellow XO signees 88GLAM, declaring “this is the future right here.” Nav then brought out rising Georgia rap phenom Gunna for his first on-stage performance in the city to perform their collab Car Sick and Gunna’s solo track Drip Too Hard.

When the Weeknd finally took the stage, he opened with the infectious Frank Dukes-produced  Pray For Me from the Black Panther soundtrack and seamlessly transitioned into the title track off of his 2016 LP Starboy. While Tesfaye has evolved past a venue of this size, it was a treat to see a local megastar in an intimate setting, all things considered. Unsurprisingly, everything about his performance was polished. There was virtually no dead-air and his well-practiced live band elevated his performance significantly. 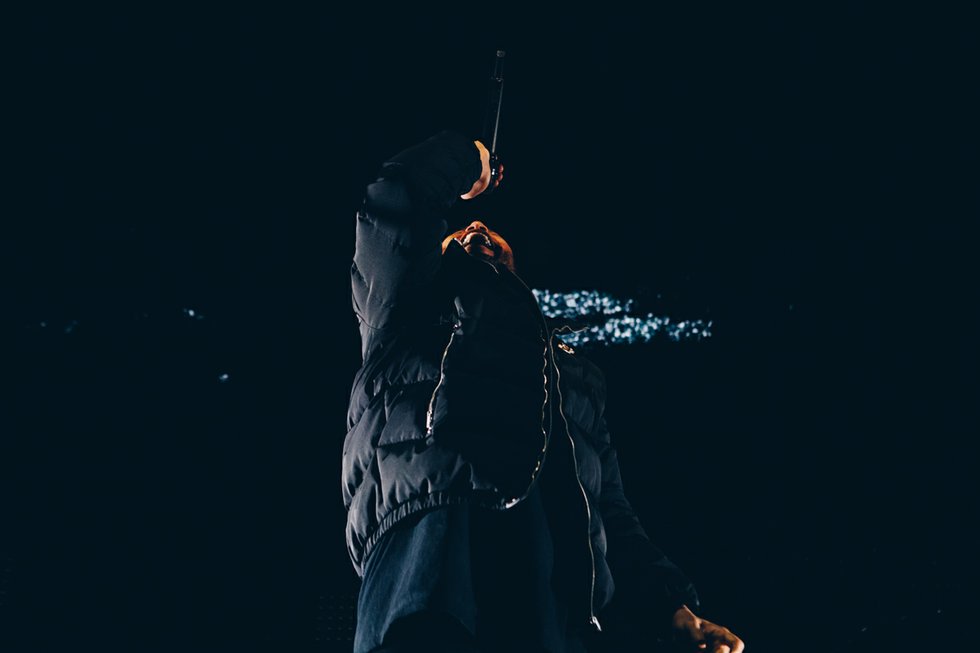 In addition to a high-energy guest collaboration with his “big brother” Belly on Might Not, the highlight of the set was a flawless acoustic rendition of Call Out My Name, which shifted the focus from its taboidy speculation (some say the ballad is about his ex Selena Gomez’s kidneys) to his buttery vocals and entrancing stage presence.

He closed with The Hills and didn’t perform an encore, capping the set under an hour. A bit brief if you came for a Weeknd show, but the fine-tuned journey was a love letter to his city, and a satisfying introduction to Hxouse.