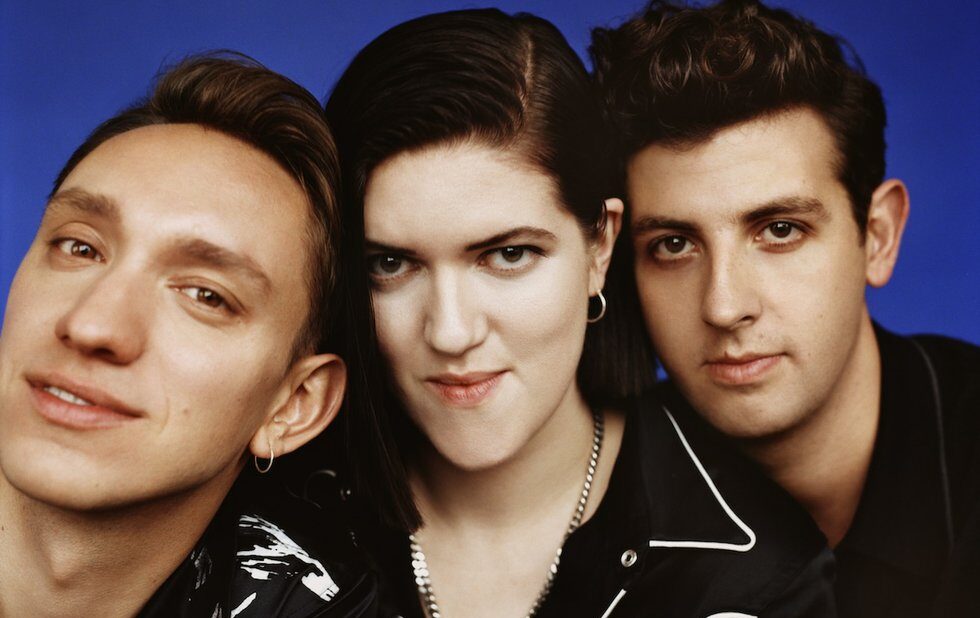 THE XX with KELELA at Echo Beach, Monday, May 22. Rating: NNNN

With the Future concert moved indoors due to flooding at Budweiser Stage, the first of two shows by The xx at nearby Echo Beach felt like the first big outdoor concert of the summer season – and it was a good one.

Eight years after debuting as a mopey romantic indie pop group, the London trio the has blossomed into a major act with a hugely robust sound that felt suited to a venue much larger than the 5,000-capacity Echo Beach.

Their third album, I See You, found the group wholeheartedly embracing the bright shiny pop influences they talk up so frequently in interviews. Their early success largely hinged around the breathy interplay between singer/guitarist Romy Madley Croft and singer/bassist Oliver Sim, but the centre of gravity has since shifted to producer Jamie Smith and his nostalgic club sounds.

That was also true of the live show, with Smith’s crisp beats and samples beautifully intertwining his bandmates lithe riffs and understated vocal power. The producer was perched on a platform above the singers, triggering samples and pounding a drum along to songs from the new album. Parts of the set were structured like a DJ set or mixtape, with lingering riffs and samples melding songs together as swirling mirrored columns reflected rock-star lights around the venue.

Though Madley Croft ended the main set singing Smith’s triumphant solo hit Loud Places, the brooding Fiction seguing with a trancey arpeggio into a bonkers remix of older hit Shelter was the show’s true climax. The moment would not have felt out of place at a Miami music festival or the closing anthem for a Pride concert.

Not only did The xx sound flawless, they have a way of taking their time so that each element in their music is crystal clear. The audience can easily discern how each sound or instrument enters the mix and adds to the drama.

Though Smith’s production values were impressive, Madley Croft and Sim were still very much fan favourites. Their rehearsed banter and asides were met with freakout shrieks from excitable fans crammed at the foot of the stage. They often trade verses, but each took a low-key turn in the spotlight, with Sim singing Replica and Madley Croft doing Performance – the most introspective songs on I See You.

The xx were preceded by a short opening set from Kelela. Not unlike The xx, the R&B auteur singer has a relaxed confidence and wrings maximal emotion from minimalist elements – in this case, sexy and irregular beats that soundtrack classic R&B vocal riffs.

The performance included highlights from her 2015 EP, Hallucinogen – Rewind, The High and A Message – plus the (unnamed) title track of her forthcoming debut album. She admitted she had landed in Toronto a mere hour before taking the stage, and her improvisations were sometimes drowned out amidst the pulverizing loud-quiet dynamic. Her vocals sounded on point, though the crowd seemed at a loss as how to physically interpret the twisted club beats. Let’s hope she returns for a solo show when the aforementioned album comes out.