The singer/songwriter/storyteller was intimate, vulnerable and triumphant in her solo show 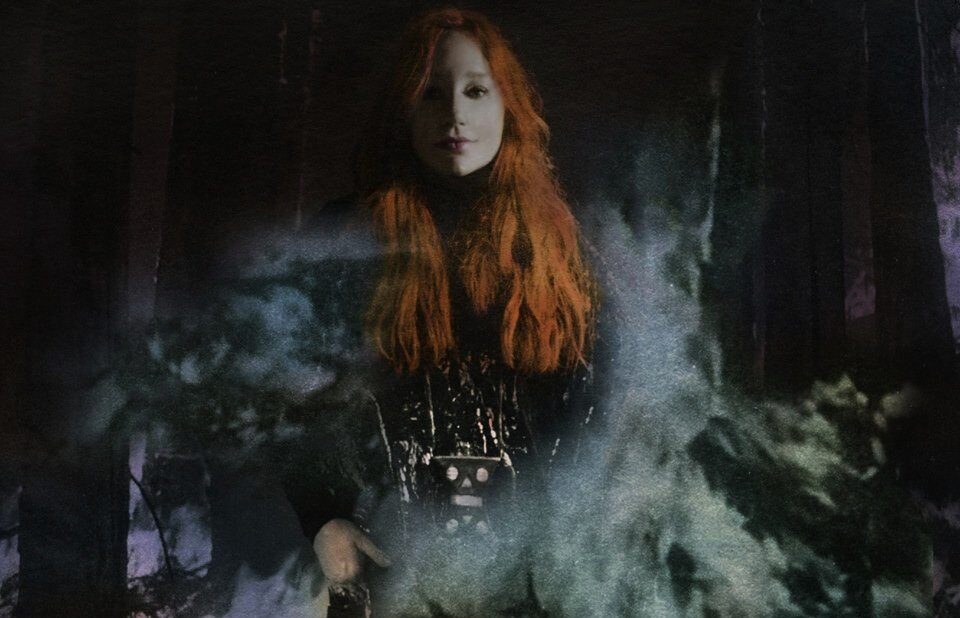 Tori Amos, the sage storyteller and unrepentant singer/songwriter, began her set at Massey Hall alone with a grand piano and two Nord synthesizers. Against a deep red backdrop of a forest in flames, with spotlight bursts like fireworks around her, she was all gold and glitter, vim and vigour.

“I’m your south side sister come to see you. You’re inspirational to us,” she said to the enraptured Canadian crowd, alluding to the American political situation. “You’re wiser.”

Considering so many of her fans have looked to her for inspiration, wisdom and guidance for more than two decades, it was an unexpected role reversal.

She continued the Canada love-in about halfway through the show with a piano version of the Tragically Hip’s Ahead By A Century. “I just learned this,” she said before she began. “Help me by singing along.” Many in the enraptured audience did, though others were left misty-eyed at the tribute to the late Gord Downie. Everyone sprang to their feet at the end in a thunderous standing ovation.

Yet for the most part, the audience spent the evening seated and spellbound. Unlike shows by her storyteller/songwriter contemporaries Nick Cave and PJ Harvey, who both played the same stage this year with large, dozen-piece backing bands, Amos’s was intimate and personal.

Her vocals are as powerful and even more dynamic live than on her albums, and she is at fully at home on the keys. When she performs she brings us all to the same sense of home, opening a sense of depth and feeling. She exudes fierce anger, attacking minor bass chords at full volume, legs stretched like she’s ready to pounce. Then she turns without breaking the tempo to add quiet, lilting arpeggios.

At times she played a keyboard with her right hand and the piano with her left, staring down the audience over her black-framed glasses. She also smiled and dispensed exuberant kicks in her shimmery gold heels.

She drew from a catalogue spanning 25 years and 15 studio albums while the backdrop transformed into a lush, green forest and a snowy mountain. Amos is known for taking requests and playing different songs in different cities, and she said Toronto fans had asked her to play songs she hasn’t played here before.

And so we got China from Little Earthquakes and Amber Waves from Scarlet’s Walk, along with a live debut of Wings from her latest album, Native Invader.

She also included a long and lively version of Yes, Anastasia from Under The Pink that meandered over the lyrics, “We’ll see how brave you are, we’ll see how fast you’ll be running,” building the tension until a triumphant ending featuring her signature slam of the piano lid.

She ended the encore and the night with fan favourite Precious Things – to another standing ovation.

Even at almost two hours, it felt like the set ended too soon.