With the South Korean genre exploding in North America, the fan-meet for rising solo star Amber provided a window into a growing and shifting fan culture 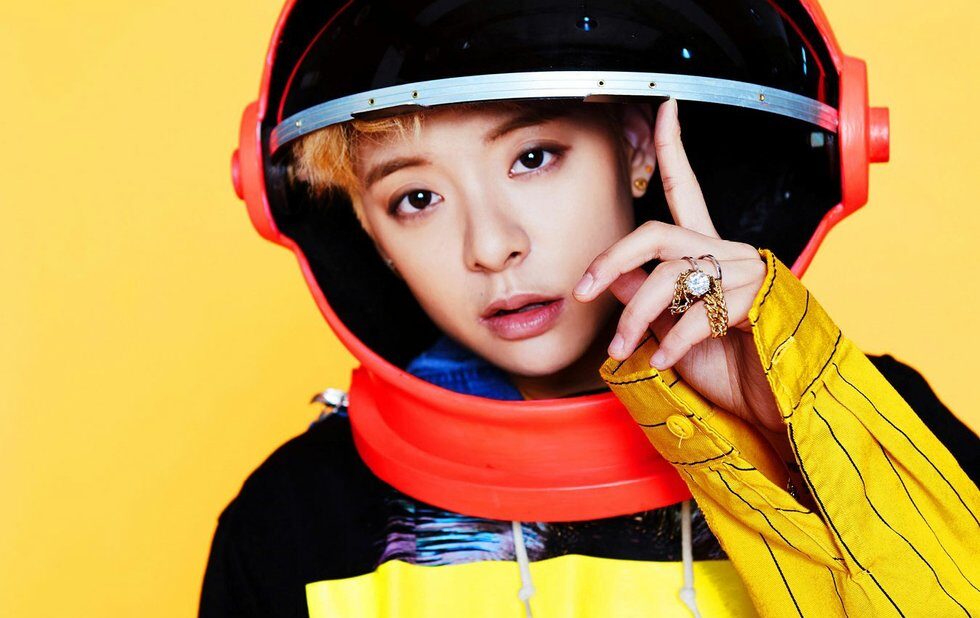 K-pop is finally hitting the mainstream, and what better way to understand its fandom than by attending the Toronto Kpop Con? Taking place over the Victoria Day long weekend at the Metro Convention Centre, the festivities kicked off on Thursday with a fan-meet with the singer Amber Liu (better known just as Amber).

I attended this specific event solely on the recommendation of Bella, the 10-year-old daughter of my cousin Keisha. With her as my guide, I got an inside view into a K-pop fan culture that’s been exploding on this side of the world – and grappling with its own changing identity as it globalizes beyond its South Korean values and culture – crawling, often awkwardly, like North American pop, to slowly embraces a wider spectrum of gender and sexual identities.

Bella is part of the fan army for BTS, the massively popular K-pop boy band who this weekend became the first Korean act to perform at the Billboard Music Awards, cementing the genre’s takeover of the North American pop market.  Her “bias” – “fave” in K-pop speak – is the youngest of its seven members, Jungkook. She also stans Amber.

As the lead rapper of the currently on-hiatus girl group f(x) – the first K-pop act to perform at SXSW back in 2013 – Amber stands out amongst the manufactured ultra-femme crop. Currently promoting her mixtape Rogue Rouge, she treated her 500-plus fans to an intimate concert that felt like a Las Vegas cabaret, with its lengthy fan interplay. It was followed by a meet-and-greet for those willing to pay upwards of $300, which also gets you a weekend pass to the Con.

Confidently strolling onstage with her troupe of female dancers in crewneck sweaters and Daisy Dukes, Amber had a more androgynous look. She exuded confidence with her reddish-tinted cropped mushroom bowl cut and oversized Supreme-esque streetwear. Her brief set included a screening of the video for upcoming single White Noise (featuring the star forlornly making her way through a forest with a rolling carry-on and oversized teddy bear), and a performance of that single. Back to back. It was probably the most fan-junket aspect of the night.

The 25-year-old Taiwanese-American singer/rapper born and raised in Los Angeles, interacted easily with the crowd in the darkened John Bassett Theatre. She smoothly shifted from stepping into choreography with her dance troupe to holding the vocals down with no back-up on tracks that veered between heavy EDM synth percussion to simple acoustic guitar. She admitted to the crowd that this was her first official fan meeting, yet she made what could have been an awkward first date with 500 fans seem like a hangout amongst friends. In a way, she was: four members of the front row had coordinated self-made tees silkscreened with the cover of Amber’s mixtape, which features a portrait of her pomchi mix, Jack Jack.

When I asked Bella for her thoughts on Amber, I was served a hot take. “She’s flat-chested,” Bella told me matter-of-factly while we got our media passes, glow sticks and fan banners at the check-in. I was taken aback, but when I went home, and Googled “Amber” and “flat-chested,” I discovered that this is apparently a thing. It even warranted a viral video by Amber herself satirizing the body-shaming online comments. So, yes, Amber is flat-chested, and her humorous candour about it has made her a fan favourite.

“What makes her different [from similar members of K-pop boy bands] is that this type of androgyny is in the body of a girl this time rather than a boy,” observed Raizel Liebler on The Learned Fangirl blog back in 2013. To be blunt, if we were to queer this narrative, she reads “baby butch.”

As she’s been carving out her solo career post-f(x), she’s been signalling her independence in tandem with a queer positive identity. The video for her contemplative song Lifeline, for instance, features two men dancing together on Three Million Years, the video opens with a close-up of Amber wearing a rainbow peace flag on her jacket’s lapel.

Prior to being ushered into the theatre, over a hundred diverse tween, teen and young adult fans milled about in the lobby, including a boy in a furry tiger suit and a girl whose look suggests that the fashion stylings of My Chemical Romance’s Gerard Way have endured.

At one point, Bella and I saw a black board decorated with colourful Post-its of fan-submitted questions: “Dear Amber,” reads one. “How do I find inspiration in myself when life doesn’t seem to be working out?”

During the fan meet’s Q&A portion, the board was brought up on stage, and Amber randomly selected notes to answer. Favourite pick-up lines were shared, but mostly by the audience. (“Amber, are you from Tennessee? Because you’re the only 10 I see.”) We even sat through a slide show of recent random photos on her phone. I thought it was a bit extra, but the fans ate it up.

Tellingly, two songs into the fan meet, audience members were assiduously discouraged from filming with their phones, often directly, by Con staff and volunteers. (“It’s not scripted,” explained one publicist of the no camera policy.)

Things got more interesting when conversations veered off-script: accidentally dropping an F-bomb, or discussing how it feels to be frequently confused for a boy.

“I just let it go,” she says of the way she is misread because she challenges heteronormative expectations. “It’s a simple honest mistake.” She then joked about its benefits: playing the boyfriend for female friends attempting to ward off suitors in a night club and avoiding long lineups for women’s washrooms.

Amber is among a number of K-pop stars advocating for the LGBTQ community. Shortly after the 2016 Orlando gay nightclub shootings, many K-pop stars – including Amber – tweeted or Instagrammed their support. But posts by BIGBANG’S G-Dragon and the Wonder Girls’ Yubin featuring any gay iconography were eventually deleted. The shift toward tolerance has been slow: in South Korea, same-sex marital unions aren’t legally recognized, which is somewhat reflective of the country’s large Christian population.

While it’s easy to isolate this within K-pop fandom, it’s worth observing with the recent belated coming out of Janelle Monáe that the queer narratives of pop stars are still somewhat closeted – though that’s changing too.

During Amber’s performance, the song Closed Doors stood out for the way it alluded to a secret relationship. As the audience swayed along to the lyrics “Nobody has to know,” I glanced at the nearby fans.

A young Black woman with big black glasses frames and a beautifully frizzy crown stood next to a perhaps genderqueer person clad in red lipstick and heavy eye make-up. Both whacked their glow sticks in slow time to the heavy bass.