Review: Tory Lanez victorious despite lack of “friends” in Toronto

Jessie Reyez was there at Coca-Cola Coliseum, but Lanez didn't have the same A-list set of guests as his other Chixtape Live concerts. Still, he owned his first hometown arena show. 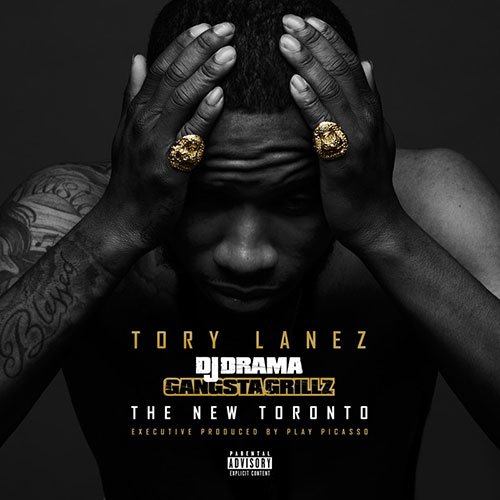 Poppy comes to the Opera House on February 2.|Tory Lanez brings his Chixtape Live tour to Coca-Cola Coliseum on February 23

Hours before Tory Lanez took the stage at Coca-Cola Coliseum, he was already getting acclimatized to the Toronto Marlies home arena. “I know I look like I’m just sitting here chilling, but I’m chilling,” he declared in an Instagram story as he lay on a stage speaker before panning the camera across the empty 8,000-person coliseum. “First fucking arena that I’ve ever sold out,” he concluded with a jubilant laugh.

The show was the third and final show of his Chixtape Live mini-tour, which was billed as “Tory Lanez & Friends.” During previous stops in Los Angeles and New York, a dozen superstars emerged to show support for Lanez and his nostalgia-packed Chixtape 5, which debuted at Number 2 on the Billboard Hot 200.

In Los Angeles, Snoop Dogg, T-Pain, Danileigh, Chris Brown, Rich the Kid and Ty Dolla $ign stopped by to perform alongside the 27-year-old Brampton native. Days later in New York, Ja Rule, Mya, Casanova, Lil Tecca and Flipp Dinero made up the “and friends” portion of the show. Meanwhile, Megan Thee Stallion and supermodel Winnie Harlow were spotted partying it up in the green room.

Those megastar appearances made us think some big names were all but guaranteed to show up for Lanez’s triumphant hometown finale. At first it looked like that would be true. As he worked through his catalogue of Chixtape 5 hits, hometown hero Jessie Reyez joined him to perform their joint 2019 hit, Feel It Too. Shortly thereafter, Lanez darted off stage without explanation, which looked like the amp-up to a revelation of other secret guests.

“Tory said he wants to check the lady energy before he comes back out,” the DJ shouted while blending Mary J. Blige’s I’m Goin’ Down into City Girls’ Act Up. The predominantly female crowd screamed at the empty stage, opening their Snapchat and Instagram cameras in preparation to capture what was to happen next.

“I heard Drake is coming,” one fan shouted above the madness. “Chris Brown is in the building,” added another with a squeal. But when Lanez reappeared moments later, he did so alone. Lanez noticed the expectant energy and attempted to smooth out the tension. “I just want to say, I don’t care how much money I make, my fans are what mean the world to me,” he declared, walking toward the stage pit where hundreds of fans rushed toward him in a wave. “Even if I’m the one on that stage, you’re all superstars too.”

He jumped into the cheering sea of bodies as K Lo K, his hit with rising Brooklyn drill rapper Fivio Foreign, filled the arena with Foreign’s signature “AY AY AY!” The sound, which has become emblematic of Brooklyn’s new wave of UK-inspired drill music, brought fresh energy and seemed to reinvigorate the crowd.

“Regardless of me being signed to a major label, I’m at this very, very important part of my career right now,” he announced, alluding to the recent financial problems he’s faced with his label, Interscope. He took a moment to soak up the love from his audience in a long pause. “And I feel incredible to announce The New Toronto 3 is coming, and as soon as you hear that album I’m off the label… I’m free,” he declared in a victorious conclusion. “We are owning everything!”

Later, Lanez continued the celebrations with an after-party at Love Child Social House. He reemerged in a crowded VIP section in a hoodie clutching a bottle of 1942 Tequila. There, he performed unreleased exclusives from The New Toronto 3, including a new song with Toronto rapper NorthSideBenji, and paid tribute to recently deceased Brooklyn rapper Pop Smoke, a clear influence on Lanez’s recent drill dabbling, by spinning several of his records.

By the time the party had bled into the early hours of morning, Lanez was still celebrating with fans at the club. He may not have had the A-list celebration of the previous shows, but his energy was more than enough to carry the night to victory.