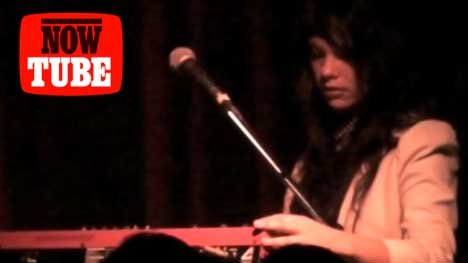 TWIN SHADOW and GLASSER at the Drake on Nov. 11. Rating: NNN

You have to feel bad for Glasser’s Cameron Mesirow.

The critically acclaimed solo project (beefed up with a full band) had a musically and visually slick live show and an intriguing, unique sound. But that didn’t stop more than a third of the sold-out crowd from leaving before Glasser played their first note.

Seems that at some point after Twin Shadow got added as openers, that act’s rapidly growing hype overtook the headliner’s, which must make for some awkward vibes backstage.

Not that Twin Shadow don’t deserve the love. It’s also a solo act touring with a full band, but main man George Lewis Jr. doesn’t have the theatrics and showmanship of his tour mates, and his 80s pop fetish is definitely not as forward-thinking. He does have a set of songs that stick in your head for days.

Ultimately, great tunes are still what touch fans the most.