Venus Fest is a balm for Toronto’s ailing festival culture 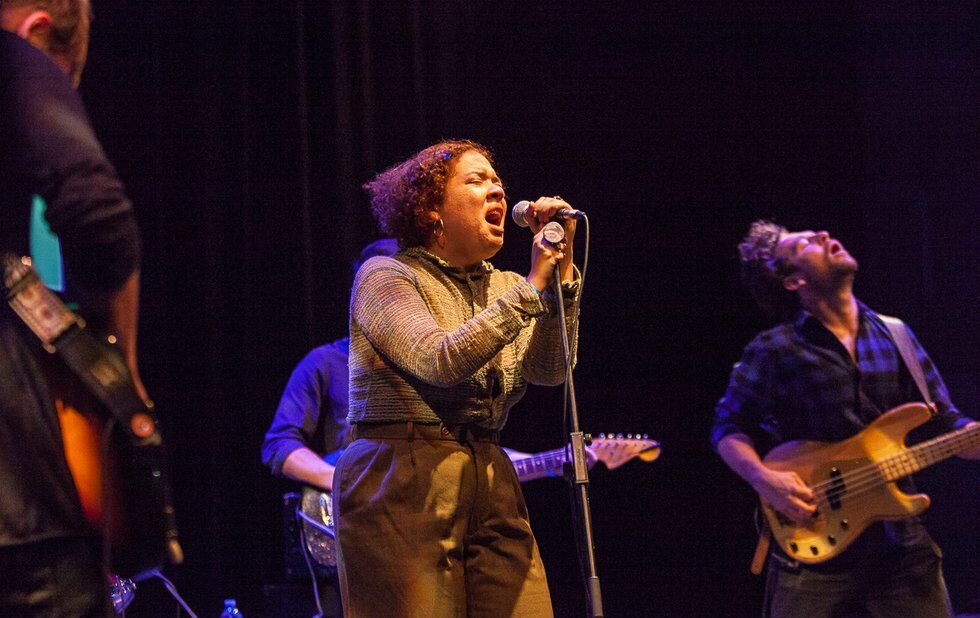 Toronto, it must be said, is hard up for music festivals. Last year, we said goodbye to Riot Fest. This year, Bestival, TIME Festival and Toronto Urban Roots Fest never materialized. And next year, following a noticeable dip in attendance, WayHome will go on hiatus.

Enter Venus Fest, which made its debut Saturday at Daniels Spectrum. A one-day music and arts spectacular organized in the spirit of feminism, the full-day event featured a killer lineup of women and genderqueer musicians hailing everywhere from Toronto to Tunisia.

On the most basic level, its a sorely needed balm for our citys ailing festival culture. And it does something many festivals don’t. It prioritizes the safety and well-being of women. All women.

To walk into Venus Fest was to occupy a completely different emotional universe from every other festival Ive attended. To feel really, truly safe at a show, for once. Safe and seen and celebrated. Every organizer, and every artist, was a woman or non-binary. There were accessible entrances and gender-neutral washrooms. Daniels Spectrums main hall was transformed into a Girl Scout-y restorative tent, replete with sweet icebreakers to foster community and connection.

I arrived early to catch the first set: junior heavyweights Hex, who cut their teeth at Girls Rock Camp. Sixteen-year-old lead singer Halinas guttural belt rivals surpasses, even a young Corin Tucker. Look out for their debut album next year.

Another early highlight was queer dub-hop maven Witch Prophet, who, along with DJ Sun Sun, not only laid down some unimpeachable diasporic neo-soul but handily walked away with the Cutest Couple title.

And while Im handing out superlatives, genre-bending experimentalists Phedre (with surprise guest appearances from Bonjay and HanHan) win Best Dressed, Most Creative and Most Accurate Audio-Visual Presentation of What Its Like to Take Psychoactive Substances.

Filling out the late afternoon was the rootsy, poetic grit of the Highest Order, with lead singer Simone Schmidt rocking a GOD LOVES ABORTION t-shirt, and local phenoms DIANA, who sounded like a garage band conducting the worlds greatest jam session over a backing track from Kaputt.

Recent Polaris champion Lido Pimienta was next to take the stage, and proved just how richly she deserves the title of the Brightest Star in Canadian Music. As if gorgeous vocal technique and warm, charismatic physicality wasnt enough, she managed to spin a story about a violently abusive ex-boyfriend threatening to leak her nudes into a stand-up monologue that had the whole audience screeching with laughter.

Next on the docket were hometown heroes Weaves, with Jasmyn Burkes unparalleled, unparalleled howl in fine form. As it happens, Daniels Spectrum was home to one of Weaves earliest shows a couple years back, and Burke took a moment mid-set to reflect on how much had changed in the time since. More condos in the Regent Park area, for one. And a boatload of international plaudits for Weaves to boot.

A trio of heavy hitters closed out the night. Former M.I.A. drummer and marathon runner Madame Gandhi leapt between genres and tempos with the meticulous, practiced rhythm of a true pro. Ambient drone priestess Grouper delivered a gentle, quietly moving set, both artist and audience seated criss-cross applesauce for the duration. And finally, there was bona fide revolutionary Emel Mathlouthi, whose anthems for the Sidi Bouzid Revolt echoed peerless and powerful to the eager and newly energized listeners crowding the auditorium.

As Toronto re-calibrates its festival scene, I have the highest of hopes for Venus Fests expansion in years to come. Other organizers should pay close attention.

Check out more photos from Venus Fest below.