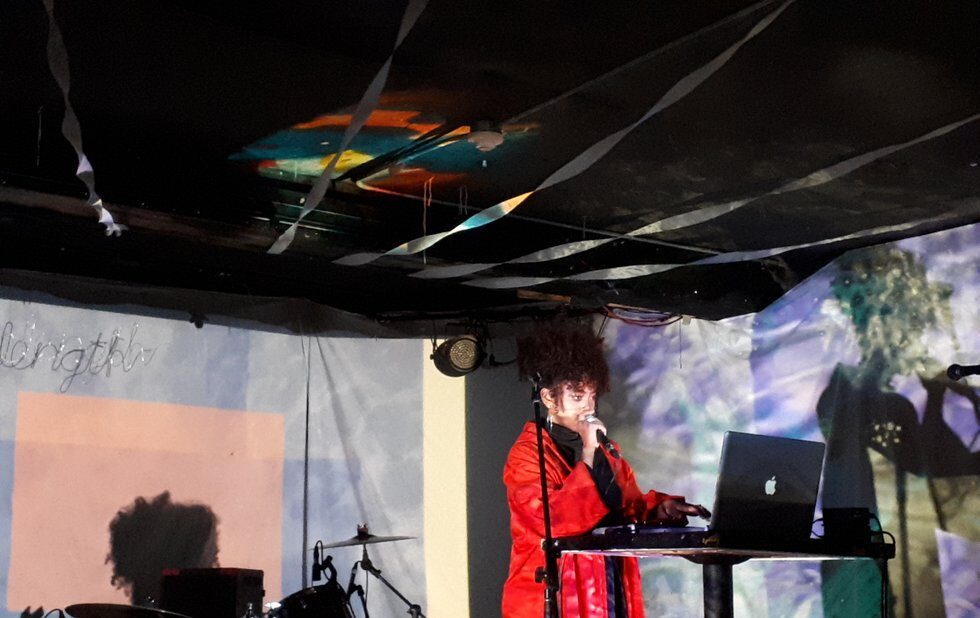 Wavelength, the local non-profit concert series, celebrated its 18th anniversary with its newly renamed Wavelength Winter Festival. Over three nights at the Garrison, the festival reaffirmed its relevance while highlighting the next wave of Toronto talents we’ll be following for years to come.

It’s not easy to stay relevant for nearly two decades, and even harder to thrive without compromising your independent ideals, but this year’s Family Day weekend festival proved once again that Wavelength is still a pillar of the DIY music scene 18 years on. Here’s how.

Creating a platform for new artists

With the loss of small venues that we’ve seen across this city over the past three years, there are fewer performance spaces available to artists who are just getting their start. An enduring aspect of Wavelength’s relevance is the support it provides to emerging acts, and this weekend’s festival was no exception.

Up-and-coming locals like Plazas, Luge, OBUXUM, M.I. Blue, and even touring acts like Brooklyn’s Fusilier, were the foundation of the festival and, in many cases, the highlights. Luge’s twisted, unresolving rock was especially well received on night two, while OBUXUM’s interwoven tapestry of exploratory ambient, driving juke and hard-hitting house the night before could have easily been the festival’s closing set.

Wavelength isn’t just about brand new acts, though. Also evident was the series’ continued support for bands, giving them a chance to develop their craft and make bold transformations.

When Odonis Odonis performed at Wavelength’s 14th anniversary festival four years ago, it was one of the first times they tested out their new, guitarless direction. Saturday night’s performance was like the perfect follow up and follow through, finding the band now two albums deep into their new industrial sound and in stunning command of their much more malleable electronic arrangement, bludgeoning the crowd with an intense set of strobing lights and beats.

Joseph Shabason has also played the festival a number of times as a member of DIANA, so it was a treat to see him return to Wavelength with his new solo ambient jazz material, supported by DIANA members Keiran Adams, Thom Gill, Bram Gielen as well as Philippe Melanson and Nicole Rampersaud. They played cuts from last year’s debut, Aytche, and a new song, built around a loop written for Shabason by Italian composer Gigi Masin. 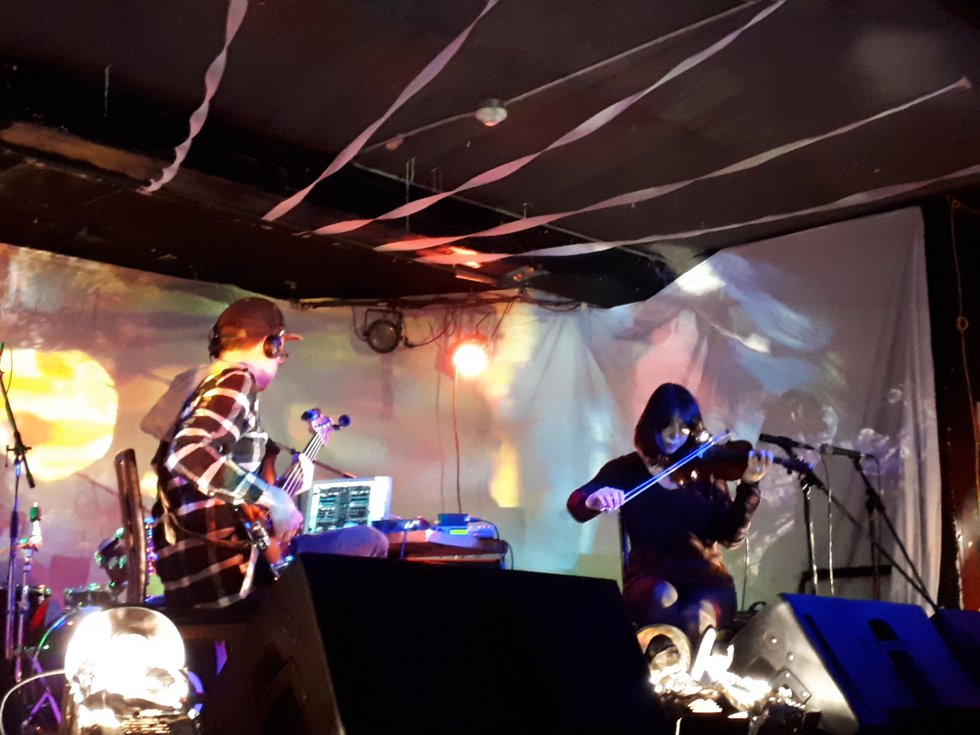 You’ll Never Get To Heaven.

It all comes back to community

The real backbone of the event was the artists and volunteers who made it run smoothly behind the scenes. Local folk-rock outfit Omhouse showed just how foundational those community connections are to the scene when leader Steven Foster shared an onstage anecdote about working the festival years ago as a volunteer.

The beauty of Wavelength’s longevity is the perspective it has to see how it affects and enriches the scene it’s meant to support. It was visible not only in the artists who played the festival, but the continued involvement of community members like artist General Chaos, who has been casting projections on Wavelength’s lineups since day one, visual artist Roxanne Ignatius who provided the art installation that weekend, or community leaders like Digits, (occasional NOW contributor) Mar Sellars and Mechanical Forest Sound’s Joe Strutt who provided the musical soundtrack between sets.

Using partnerships to bridge and strengthen the DIY music community

This festival, that community extended beyond Wavelength itself, as it partnered with different promoters for each night: hip-hop and R&B showcase The Hustle on night one, Guelph’s Kazoo! Festival on night two, and New York-based Brassland on night three. Both The Hustle and Kazoo! seem like younger versions of Wavelength in how they operate and in how they focus on elevating new music. But rather than take a competitive stance to ensure its own survival, Wavelength knows that the strength of the scene is dependent on cooperation, not only lifting up emerging artists but fellow promoters and concert series as well.

Providing something for everyone

Because of the mixed bag of promoters, each night was programmed slightly differently than the next, but individually, they all seemed to have a throughline that made sense. Being able to hear Tough Age’s tightly-wound guitar pop against Freak Heat Waves’ boss-level digital gothiness, or to get lost in You’ll Never Get To Heaven’s dreamy Lynchian headspace before the immediacy of Fusilier’s loop-based soul made for an exciting juxtaposition of sound and showed just how sonically diverse and rich the DIY scene truly is.